ATENEO is still the bar. Everyone knows that.

But after seven games of non-stop action, the break-neck first round of the UAAP Season 84 men's basketball tournament is finally in the books.

With seven games more and the league hitting the homestretch right after the Holy Week next week, Spin.ph feels it's time to hand out some midseason awards before everyone's attention turns to the exciting Final Four race.

Here are our midseason honorees: 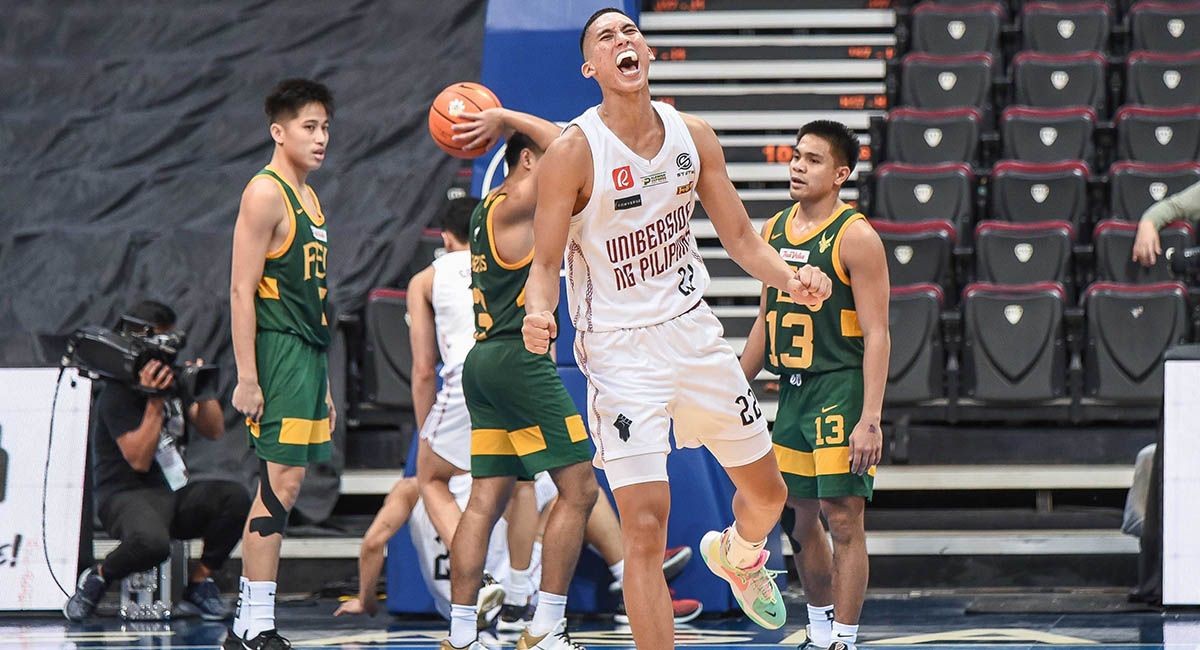 Where would University of the Philippines be without Lucero?

Leading the league with 15.3 points, 8.3 rebounds, 2.0 steals, and 1.9 assists, the Fil-Am forward has been the motor that has kept the Fighting Maroons going as he shrugged off his forgettable debut against Ateneo to spearhead this six-game win streak.

Proving that he's for real, Lucero can further build his credentials in the second round before UP finally faces off against Ateneo anew in the last game of the eliminations.

Joining Lucero at the top of the class are these four players who have no less been the main men for their respective squads.

Abarrientos has been nothing but sensational for Far Eastern University, showing that he's really mature beyond his years as evidenced by his 14.9 points on 33-percent shooting from deep, 4.9 rebounds, and 2.3 assists to be the north star for the still struggling Tamaraws. 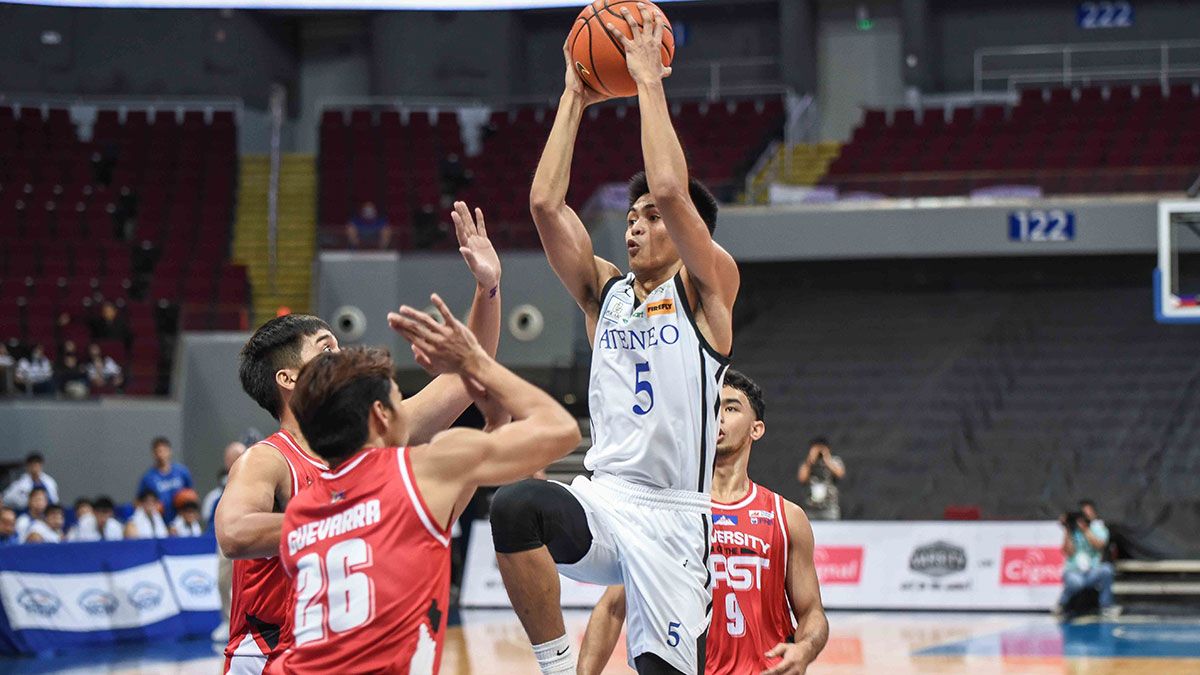 Baltazar's impact has also been the biggest reason for La Salle's success, with the Gilas Pilipinas forward consistently delivering 12.7 points, 9.0 boards, 3.0 assists, and 1.0 block to keep the Green Archers in the thick of the Final Four race.

Kouame has been the steady foundation that the Blue Eagles can lean on with his 12.9 points, 12.3 rebounds, and 2.6 blocks, solidifying everyone's belief that he really deserved his spot to be the Gilas Pilipinas naturalized player.

And a bit of a hipster pick - could also be a rather controversial take - in this five would be Mamuyac. Yes, over Dave Ildefonso and frankly, a whole lot more Blue Eagles. But the senior, who is only averaging 9.0 points (but on a league-best 44-percent from threes), 4.6 boards, 1.6 steals, and 1.0 assists, has provided Ateneo its necessary intangibles to extend its win streak to 33 games. Mamuyac may not be in the running when it's all said and done, but at least he got his flowers in the midseason. 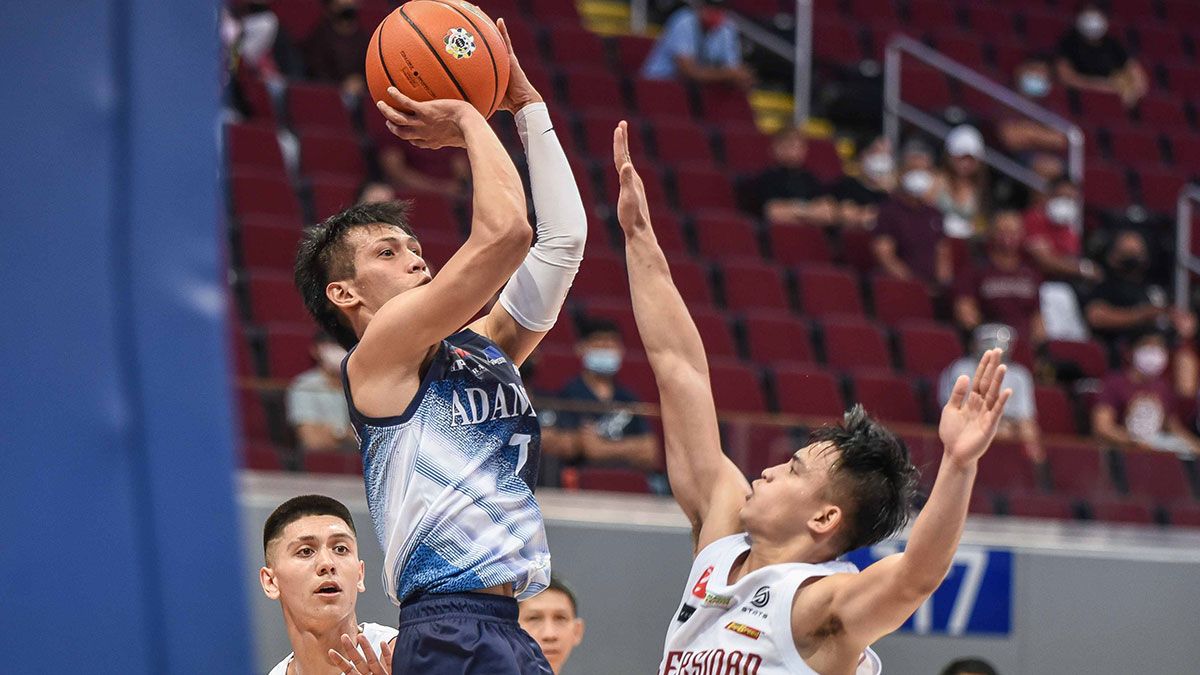 Adamson's heartbreaking campaign cannot dampen the leap that Lastimosa has undergone this season, checking all of the expectations placed on his shoulders to be the undisputed leader for the Soaring Falcons.

It's a process alright, but the Dumaguete-born guard has been able to fully commit to the role, leading the San Marcelino crew with 14.4 points, 4.0 rebounds, and 3.9 assists to show that Adamson is just alright despite losing the likes of Jerrick Ahanmisi.

Now, if he could only get a tonic for all those close shaves and redeem himself in the second round.

Giving this plum to Tab Baldwin might be an easy choice for some, but we're reserving our highest praise for Napa, at least for the first round.

Overachieving does not do justice to the result that NU got from Napa's boys in the first round as the scrappy Bulldogs came out of nowhere to duplicate their win total from two years back and make a surprise appearance in the Top Four after seven games.

Napa has squeezed a whole lot more from NU, atoning for its supposed lack of depth and talent with its gritty no-non sense defense that saw it place second in points allowed (66.0 opponent's points per game) and field goal percentages allowed (36.4-percent), while topping the league in three-point percentages allowed (24-percent) and not being afraid to go down and dirty despite playing undersized to rank third in rebounds (46.86 boards).

From undesirable to undeniable, the gritty Bulldogs may just make the leap froom dark horses to legitimate contenders if they keep this groove up in the second round.

It still feels weird to regard Abarrientos as a rookie considering the level he has been playing in, but this is still his first year in the collegiate ranks.

But it's not just his scoring, like his 33-point explosion against NU, which makes the FEU gunner stand out from the pack. He has fulfilled the role of the team's leader as his backcourt partner L-Jay Gonzales continues to search for his groove after an ankle sprain to start the season.

There are still other neophytes who can make an argument, from La Salle's Michael Phillips to UP's Carl Tamayo, but safe to say, the top rookie honors is Abarrientos' to lose. 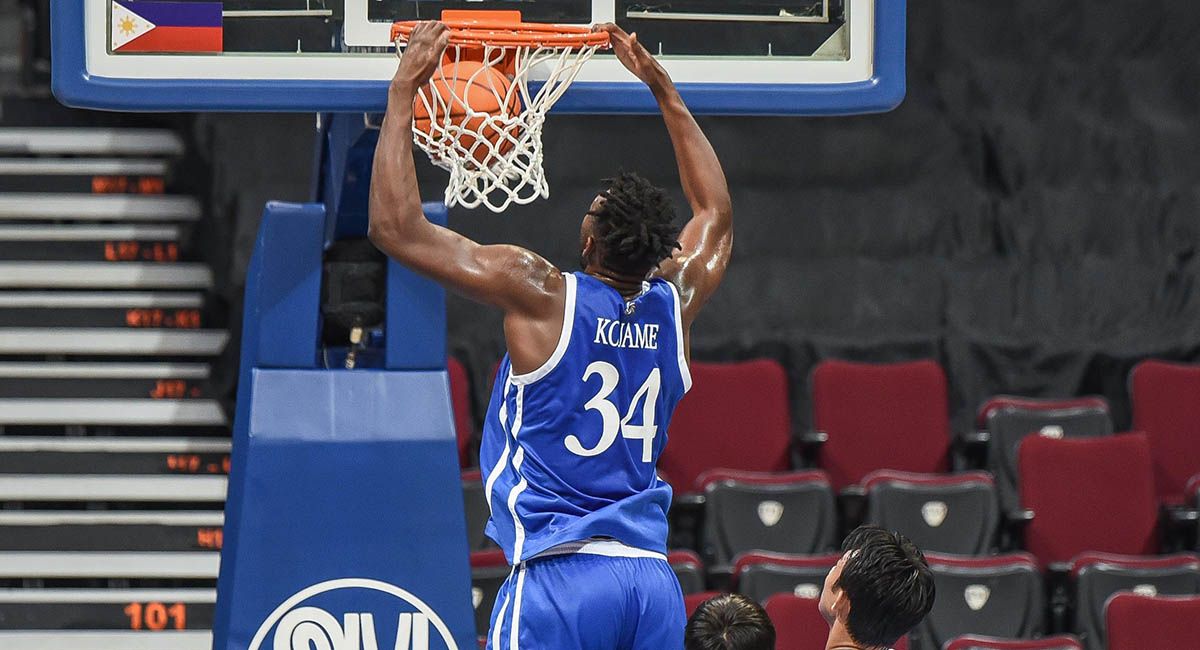 This one's really no race.

Kouame is just head and shoulders above everybody - literally and figuratively - on the defensive end as he has been the big reason why teams have such difficulty scoring against Ateneo.

Leading the league in rebounding and blocks is just the tip of the iceberg to the contributions that the 6-foot-11 center provides on defense for the Blue Eagles and looking at the field... well, it's really not close.

At this point, we might as well give the trophy to Ange. 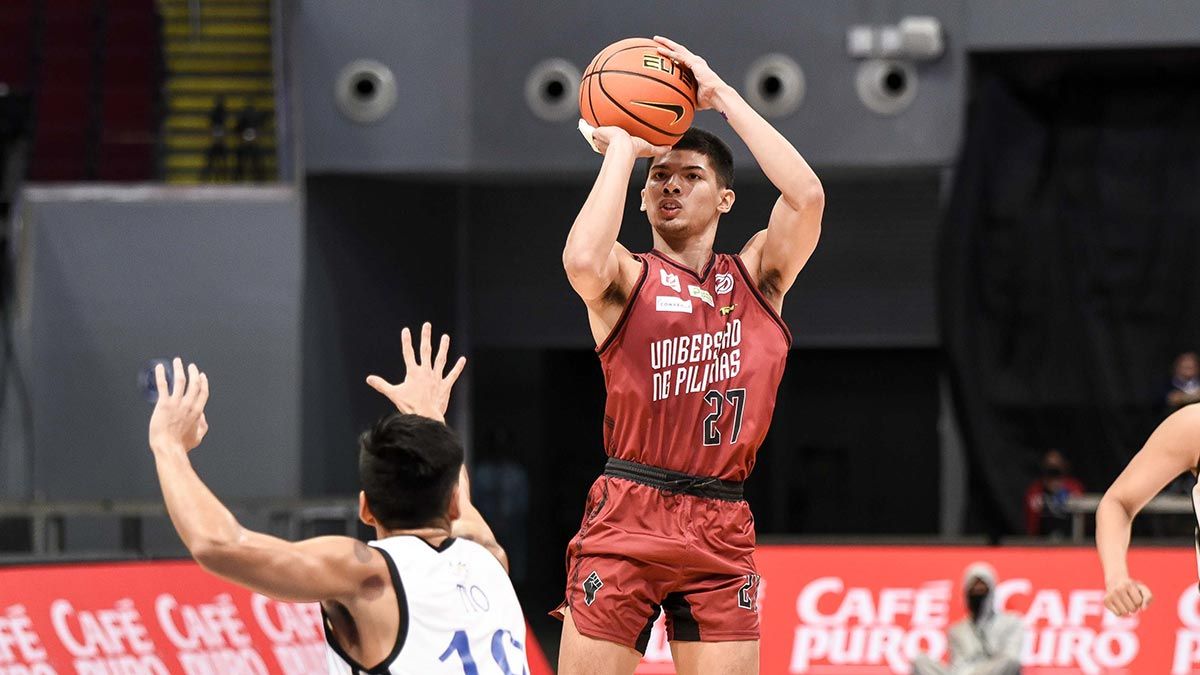 Cansino coming off the bench is just a testament to the depth that UP has this season, and he's still being able to deliver the goods with his 10.1 points on 30-percent shooting from deep, to go with 3.6 boards and 1.1 steals for a loaded squad like the Fighting Maroons also show how good he is as a player.

The transferee from UST has been an excellent spark for the Diliman side in the first round, injecting energy especially whenever UP goes on its lethargic stretches.

Ateneo, however, can make an argument for that honor especially with how Mamuyac and Tyler Tio have performed despite not starting in any of the seven games in the first round.

We've already discussed Mamuyac's pesky contributions up top, and Tio has also finetuned his gunslinging ways to shoot 42-percent from beyond the arc for his 9.9 point average alongside 2.3 assists and 1.3 rebounds.