BOY Sablan had his hands full in his first official practice as coach of the University of Santo Tomas, scrambling to maintain order while more than 30 players from Team A and B showed up on Tuesday.

The pressing task for Sablan is to trim down his roster soon with only three months left to prepare for the UAAP, leaving him no choice but to fast-track the process before the collegiate league's September opening.

With so little time in his hands, the 52-year-old Sablan bared his plans of holding practice twice a day in order to make up for the lost time.

Sablan also plans to cut the pool to 18 to 20 players for the UAAP squad immediately. On his first day, the new UST coach asked the players to undergo basic drills on offense and defense to evaluate the players.

Sablan, however, said there won’t be shoo-ins in the team, not even holdovers from last season's runner-up team led by Kent Lao, Embons Bonleon, Marvin Lee, Renzo Subido, among others. 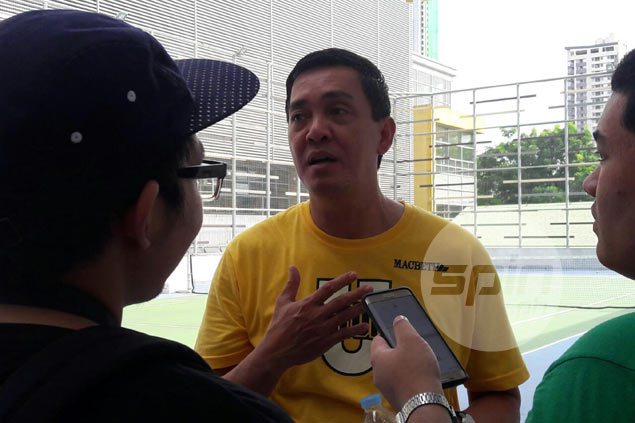