ATENEO will lose one more key player for this upcoming campaign after BJ Andrade suffered an ACL tear on his right knee.

Coach Tab Baldwin bared the heartbreaking news, saying the Blue Eagles are set to miss the services of the 6-foot guard for a UAAP season where they will already be without star guard Matt Nieto.

"All indications and the MRI show, although we have to have it confirmed by the team doctor, but it shows an ACL tear," he said.

The 21-year-old playmaker twisted his right knee on his landing after he tried to block Calvin Oftana's drive midway through the first quarter in Saturday's 83-69 win over San Beda in the 2019 Philippine Collegiate Champions League UAAP-NCAA Challenge. 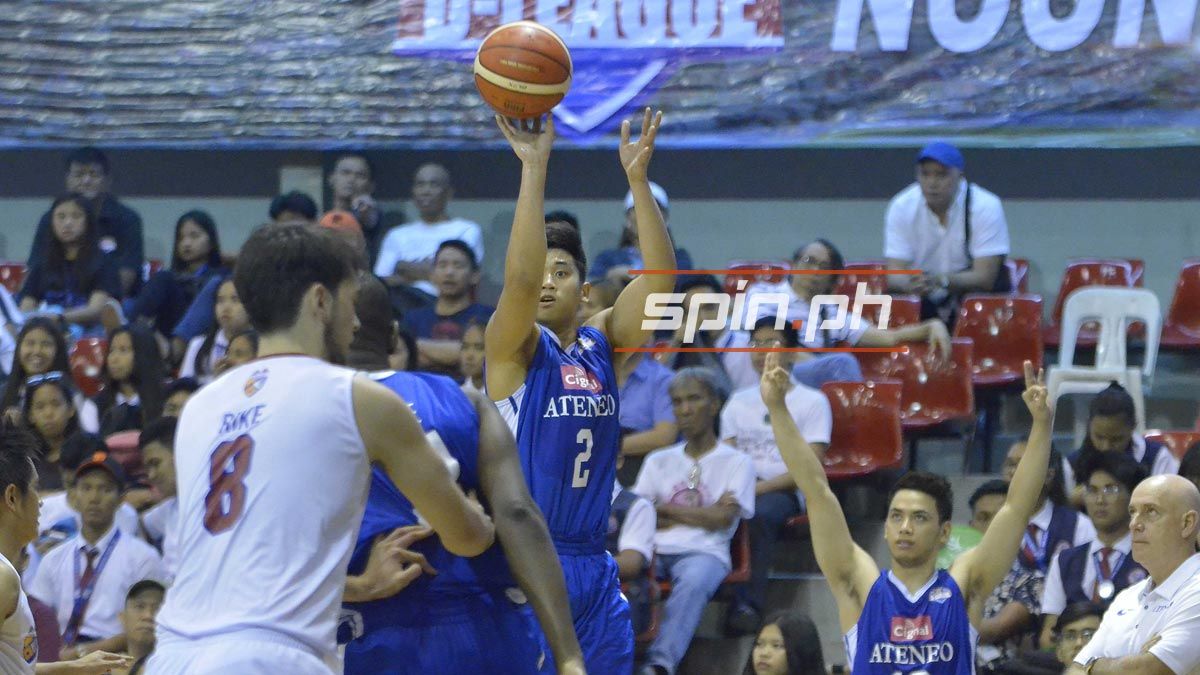 Baldwin also shared that Andrade is set to undergo surgery on Feb. 21.

Andrade was expected to provide veteran smarts for Ateneo this season, especially after the departure of senior Nieto at the point guard position.

"It's heartbreaking for us. We lose a very, very good player like Adrian (Wong) a few years ago," said Baldwin. "It's a brutal year for these [injured] guys because they almost have to go into isolation. They will lose their teammates, they lose that camaraderie, their new team becomes the therapy staff and other athletes who are rehabbing their injuries.

"I think people don't realize that it's not just the pain of the injury but also the year that he will be facing to be without his team and to handle these challenges he will be facing," he added.

The incoming fourth-year guard averaged 1.3 points, 1.1 assists, and 1.0 rebound in the 7.0 minutes he played across 11 games last season, although he was poised to get more minutes alongside fellow court generals SJ Belangel and Tyler Tio.

"Our hearts go out to him but he will be okay. He's a really tough kid and he will come back from this. He will be back in a Blue Eagles jersey as long as he can," said Baldwin.

If it's any consolation for Andrade, his return in 2021 will also coincide with the arrival of his cousin Dave Ildefonso, who returned to Ateneo from National University.