THERE’S nothing like the good old days of playing for the love of the game.

In this time when bonuses and perks have become a norm in college basketball, former Barangay Ginebra stalwart Bal David would want to instill back in the players’ mindset the passion of playing the sport not as individuals but as a team.

David cited that teamwork approach as the major contributing factor for the success of University of Santo Tomas when it reigned as UAAP basketball kings in the 90s.

The 45-year-old David is among those being considered for the next coaching job of UST to replace Boy Sablan. Champion coaches Aldin Ayo and Pido Jarencio have been the frontrunners for the position owing to their high-profiled credentials.

The underdog that he is, David said such attitude is the kind he wants to infuse to the Tigers if and when he gets to land the coaching job.

David went through the same path during his time with the Tigers, playing as back-up playmaker to a deadly UST backcourt manned by seasoned players Siot Tanquingcen, Binky Favis, Udoy Belmonte, and Patrick Fran.

Eventually, he earned his spot as a regular fixture in coach Aric del Rosario’s rotation, and got his biggest moment in UAAP history when he sank the game-winning free throws in the final seconds of the Tigers’ thrilling 77-76 win over De La Salle in the deciding Game Three of the 1994 finals to give the school the second of its four straight men’s basketball titles.

He went on and became a star as the starting point guard of Ginebra under legendary playing-coach Robert Jaworski Sr, with whom he won a PBA championship in the 1997 Commissioner’s Cup.

Under Jaworski, David valued even more the meaning of hard work in playing the game.

As a sign of respect, David also got the blessing of Jarencio before he submitted his coaching application to UST management. 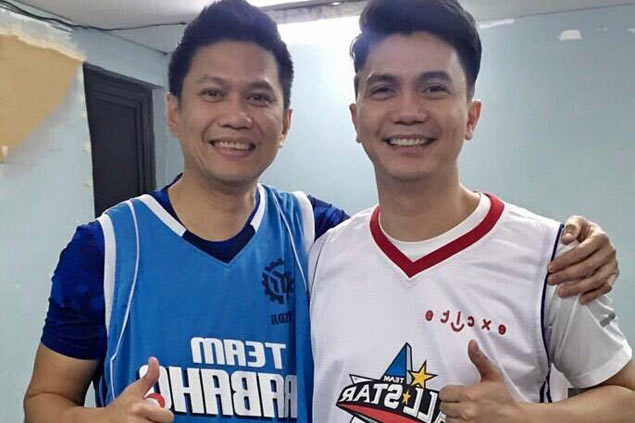