ATENEO remained too good for University of Santo Tomas as it annexed its winning run to eight with a 66-52 win Saturday in the UAAP Season 82 men's basketball tournament at Mall of Asia Arena.

Unlike in their first meeting, the Blue Eagles were able to create ample breathing room in the fourth quarter, first using an 8-0 blast to erect a 13-point cushion, 50-37, with 7:15 remaining.

Then the defending champions held off a Mark Nonoy-led Growling Tigers rally that cut the lead down to six, 54-48, with 4:01 to play with a 10-2 finishing kick, capped off by Gian Mamuyac's undergoal bucket three that made it a 64-50 lead with 54.7 seconds left on the clock. 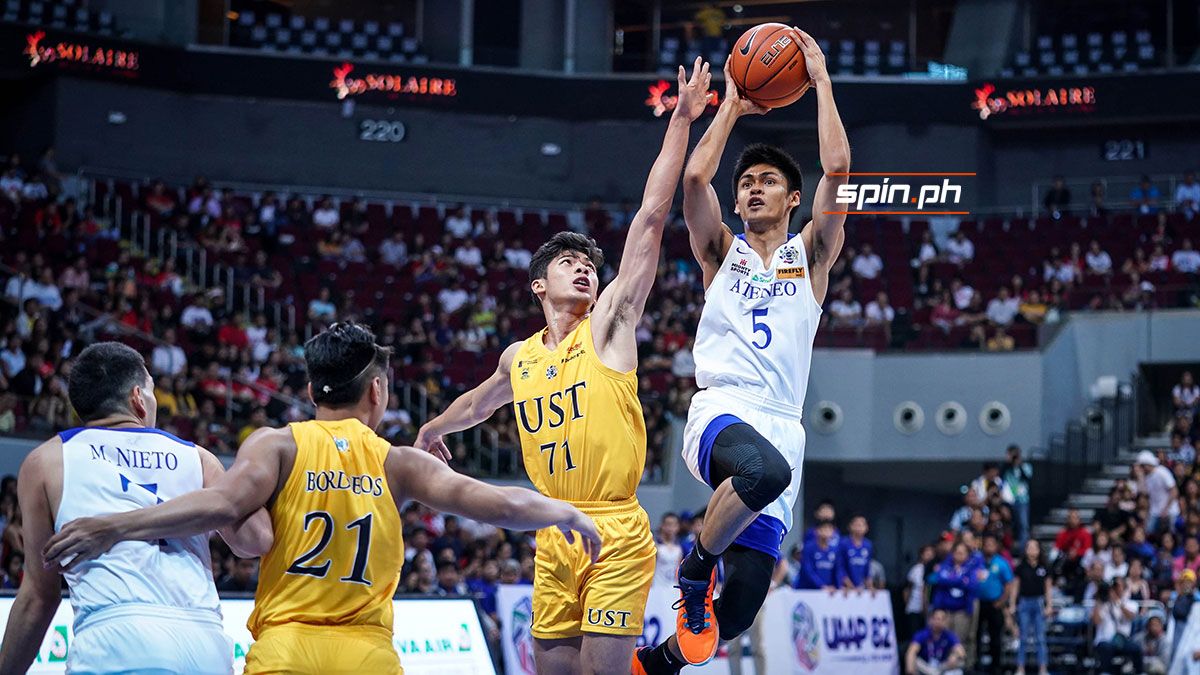 Thirdy Ravena fired 17 points, nine rebounds, and two steals to keep Ateneo at the top of the rankings at 8-0 for its 18th straight victory.

SJ Belangel shot 3-of-5 from deep to finish with 11 points and four rebounds, while Isaac Go had eight points and three boards in the victory.

"That was a really tough, really physical game, too physical than the way it should be," remarked coach Tab Baldwin.

"They really make your life miserable and in the fourth quarter they started making their shot. All I can say is thank God for our defense."

It was another low-scoring affair for the Blue Eagles, which shot 38-percent from the field but held the usually high-octane Growling Tigers, which averaged a league-best 81.0 points before this contest, to a season-low 52 points on a paltry 28-percent clip.

Nonoy had his season-best 18 points on a 4-of-7 shooting from beyond the arc, to go with three rebounds to lead UST.

The Growling Tigers bowed to their second straight defeat to drop to an even 4-4 win-loss card.