ATENEO fended off a spirited rally from Far Eastern University to pull off the 63-46 win to stay immaculate in the UAAP Season 82 men's basketball tournament Saturday at Mall of Asia Arena.

Ange Kouame paced the Blue Eagles with 14 points, 12 rebounds, and three blocks, while Thirdy Ravena also had a double-double with his 12 points, 10 boards, and two rejections.

Adrian Wong also shot 3-of-5 from downtown to get 13 points and five assists, while Will Navarro was a positive impact for the Blue Eagles as he was a plus-30 on the court despite just posting four points and seven boards.

Ateneo was quick to jump on a 11-0 start before taking an 18-3 lead late in the first quarter.

Ateneo, however, would respond with nine unanswered points to restore order at 60-41 before cruising to the victory.

It was an ugly offensive night for both sides, with Ateneo shooting 32-percent and FEU making only 29-percent of its shots.

"From the looks of it, we have to be a good defensive team since we can't knock the ball down even in an ocean. That's what were trying to do, to keep the offense of the opponents struggling," said coach Tab Baldwin as his side stayed unscathed at 4-0. 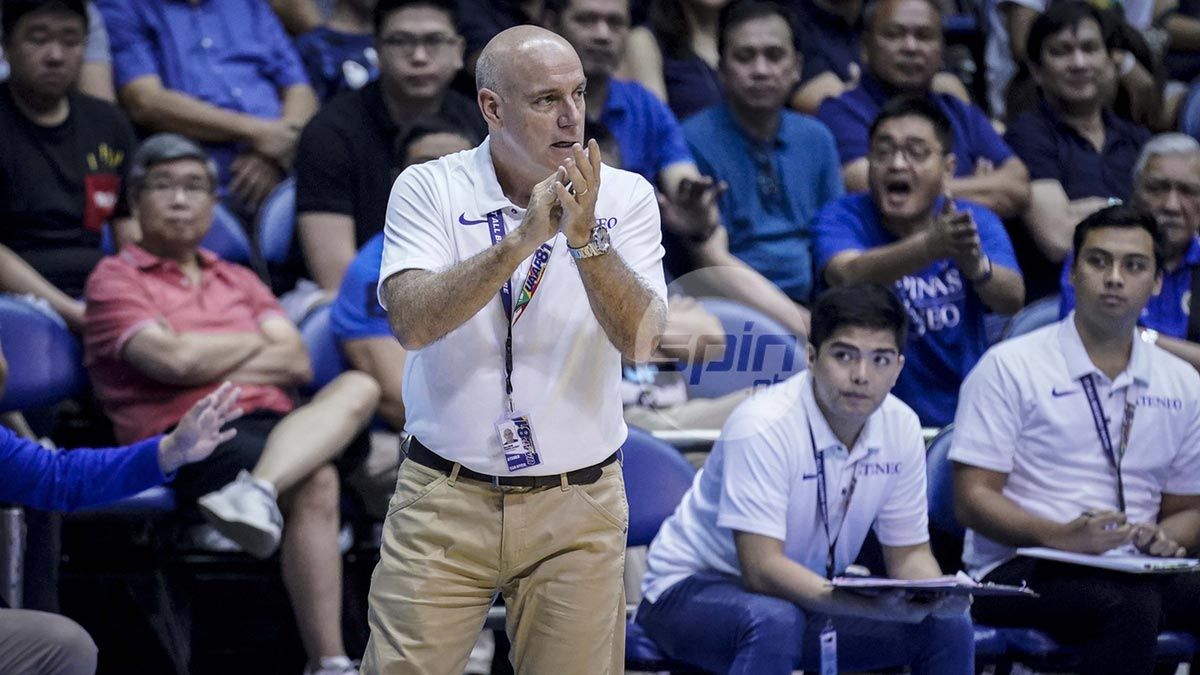 Barkley Ebona led FEU with eight points and eight rebounds, while rookie Xyrus Torres also had eight in the defeat to fall to a 1-2 card.