ATENEO booked the first ticket to the Final Four of the 2019 Philippine Collegiate Champions League UAAP-NCAA Challenge after surviving a game challenge from University of Santo Tomas, 82-71, on Sunday at the Filoil Flying V Centre in San Juan.

Ange Kouame scored six of his 15 points in the fourth quarter to help the Blue Eagles put the Growling Tigers away in the endgame. The Ivorian center also grabbed 13 rebounds and rejected five shots as Ateneo swept its two games in the phase.

With the Growling Tigers cutting what was once an 18-point lead, 46-28, to just one, 66-65 heading to the fourth quarter, Kouame imposed his will down low as the Blue Eagles limited the opposition to just six points in the payoff period.

"Tough game. Rough game. I think it's two pretty good teams out there who are not in midseason form but both played intense, tough basketball," said coach Tab Baldwin of this UAAP Finals rematch. 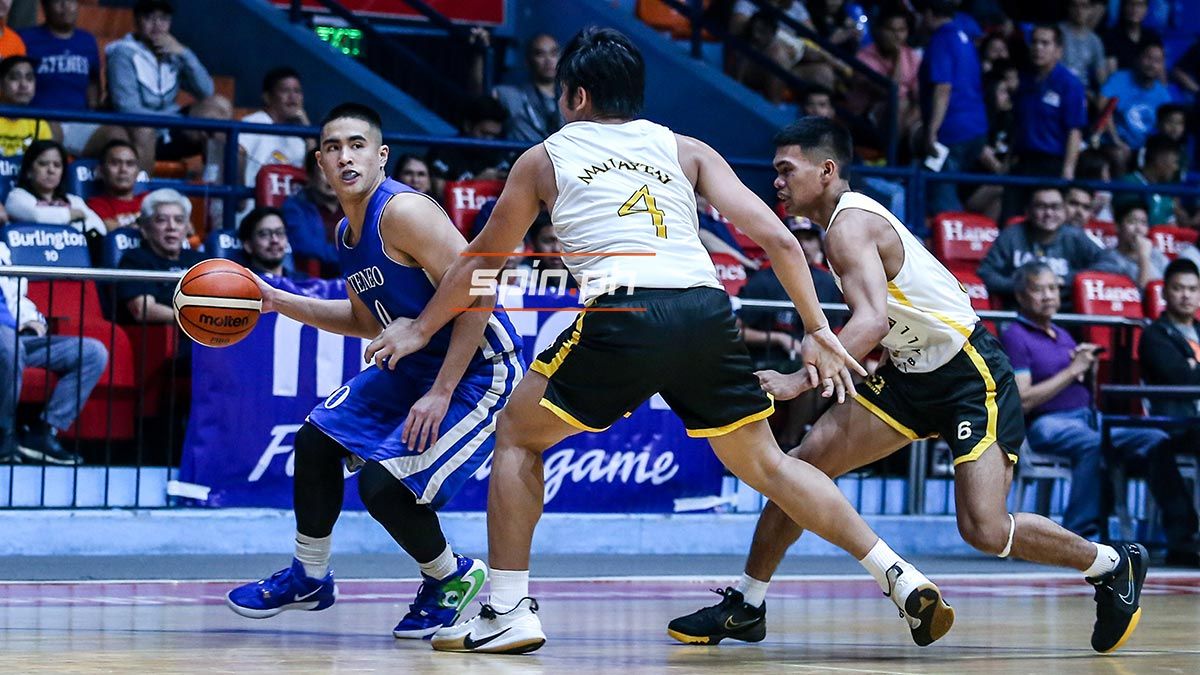 SJ Belangel continued his stellar play for Ateneo with 26 points on a scintillating 6-of-9 shooting from deep, on top of two rebounds and two steals in the win.

The Blue Eagles will look to sweep the UAAP-NCAA Challenge when they face NCAA champion Letran next Saturday.

The Growling Tigers will face San Beda for the last ticket to the Final Four, also next week.

Dwight Ramos also scored eight points to go with three assists and two boards for Ateneo. Matthew Daves got seven points and six rebounds, and Geo Chiu held his own down low with five points and seven boards.

The Blue Eagles looked poised to run away with the game as Belangel sparked a 12-3 start which opened a 27-10 lead late in the first quarter.

CJ Cansino, however, steered the Growling Tigers back in the game behind a 27-point third quarter eruption that set up the pulsating finish.

He, however, fouled out with seven minutes left in the final canto and finished with 10 points, five rebounds and two assists.

Rhenz Abando topscored for UST with 14 points and five boards, as Deo Cuajao stepped up with his 14 points on a 4-of-5 clip from threes off the bench.