How Ateneo standout Von Pessumal almost transferred to UP Maroons

BEFORE turning pro with San Miguel, Von Pessumal had a successful run with Ateneo from high school all the way to college.

It was almost unthinkable, therefore, that Pessumal actually had an opportunity to go elsewhere, particularly to nearby University of the Philippines, and in fact 'seriously considered' playing for the Fighting Maroons.

Pessumal said he had offers not only from the Maroons but also from San Beda and Ateneo's arch-rival La Salle at the end of an impressive high school career with the Blue Eaglets.

“We won our third straight UAAP championships sa juniors level. I was part of the Mythical Team. I think there were a lot of schools that were interested,” the 28-year-old bared during an episode of Spin Spotlight via the Calamansi app.

“Ako, I came from Ateneo. Bias ako. I didn’t want to go to another school. I eventually tried out for other schools. But at the end of the day, I chose Ateneo. Even if I wasn’t playing basketball, I would want to graduate from Ateneo.” 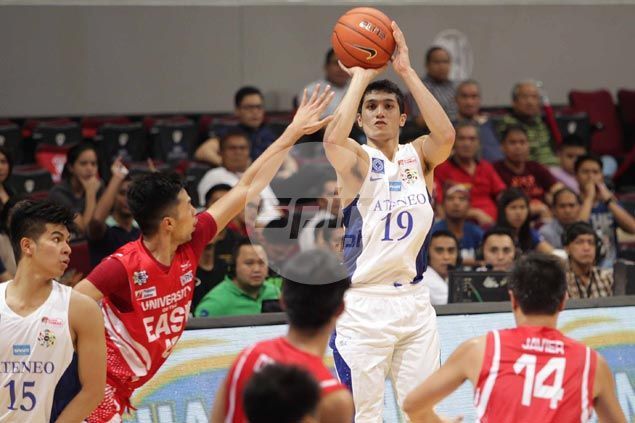 Pessumal said that at the end of his high school career, he received offers to play for UP, San Beda, and La Salle. Among the three, Pessumal strongly considered the Maroons, but eventually chose to stay with Ateneo.

He explains: “I tried out for San Beda but I knew that I want to play in the UAAP. I could never go to La Salle. ‘Yung UP, I was seriously considering that just because the offer was for me to play right away.

Enticing opportunity at UP

Pessumal said getting the opportunity to immediately play in his first year out of high school at UP was tempting, in contrast to Ateneo where the veteran-laden team was coming off a third straight title under then-head coach Norman Black.

“Actually, close talaga ako to decide with UP. Na-disheartened ako na walang spot sa akin for Ateneo because I think, at that time, sobrang dami ng players ng Ateneo noon. They were coming off a championship. Siyempre, if you win a championship, you want to retain all the players. Konti na lang ‘yung slots na naiwan."

Pessumal said he didn't get a firm offer from Ateneo at that time.

“At that time, there was no solid roster offer [Ateneo]. I really wanted to go to Ateneo, but there was no slot so I had to go to UP and tried out. I was really close after one week,” said Pessumal.

"I really considered going there until I got a call saying na may slot ako."

Pessumal ended up playing for five seasons for Ateneo where he cut a reputation as a deadshot. That skill led to Pessumal being part of the special draft in 2016 and a spot with Gilas Pilipinas in the 2017 Southeast Asian Games where he won a gold.

That might not have happened if Pessumal wasn't patient enough to wait for his chance at Ateneo, where he had to work so hard on his game just to be able to gain a spot in the main rotation.

“If I went to UP, baka hindi ako umabot sa level na ‘to,” said Pessumal, referring to the PBA. “Nung time na ‘yun, if I get to play right away, I wouldn’t be working on my three-point shooting, which is something that is what I’m doing right now. Baka now, I would still be a slasher or whatever.”