How do you sweep a UAAP season? Ateneo can learn from ex-Eaglets who fell short

EIGHTEEN days separate Ateneo from its final eliminations game against University of the Philippines on Wednesday and Game One of the Finals, scheduled on November 16.

But as much of a question it is of rust, experience will surely play a factor in keeping the Blue Eagles' talons sharp.

And lucky for them, they have players who have been in this situation before.

Matt and Mike Nieto were at the forefront of the Blue Eaglets when they swept the elimination round of the juniors' tournament in Season 77 in 2015.

"I think we’re more experienced now than we were in high school," remarked Mike, with the lessons of that run still fresh in his mind. 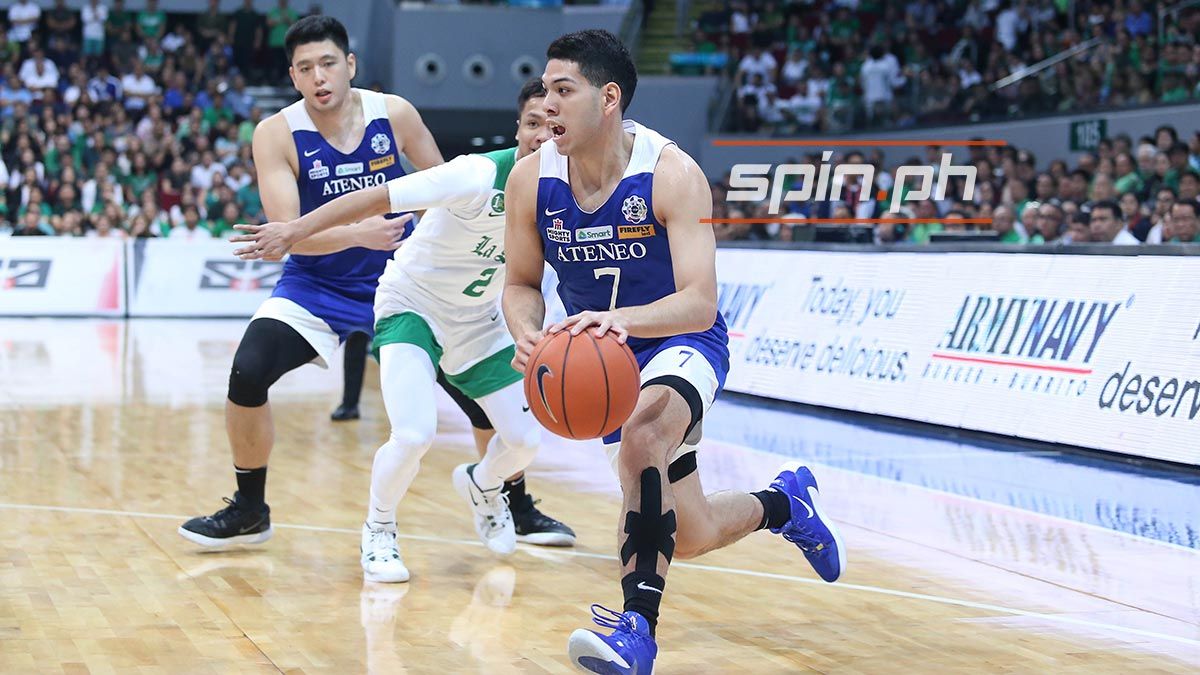 After running rampage through the field, the Joe Silva-mentored crew suffered a tough 76-72 Game One defeat to Mark Dyke and Nazareth School of National University to start the championship series.

The Blue Eaglets did go on and take the next two victories to win the crown.

Three years later, and Ateneo went on and took the 14-0 romp anew, this time bannered by Kai Sotto, SJ Belangel, and Dave Ildefonso.

That year's Blue Eaglets took Game One, but failed to complete the perfect season after losing once again to Rhayyan Amsali and the Bullpups, 70-67, in Game Two.

Also part of that crew are rookies Geo Chiu and Jason Credo.

Bitter as that defeat was, a familiar figure was on hand for the blue side.

It's easy to look at the Blue Eagles of the present falling in the same traps, but for these players who have been there before, they already know what they have to do to avoid stumbling in the same hiles.

And as grand as Ateneo's goal is, make no mistake: this team welcomes pressure.