ATENEO answered the UP Maroons' bid for a long-waited championship with an emphatic no, extending the UAAP Season 84 men's basketball Finals to a deciding Game Three after a 69-66 win on Wednesday at the Mall of Asia Arena.

Facing a do-or-die game for the first time since winning the first of their three titles in 2017, the Blue Eagles turned to Ange Kouame for salvation and the newly minted MVP delivered with a 14-point, 14-rebound, and eight-block performance. 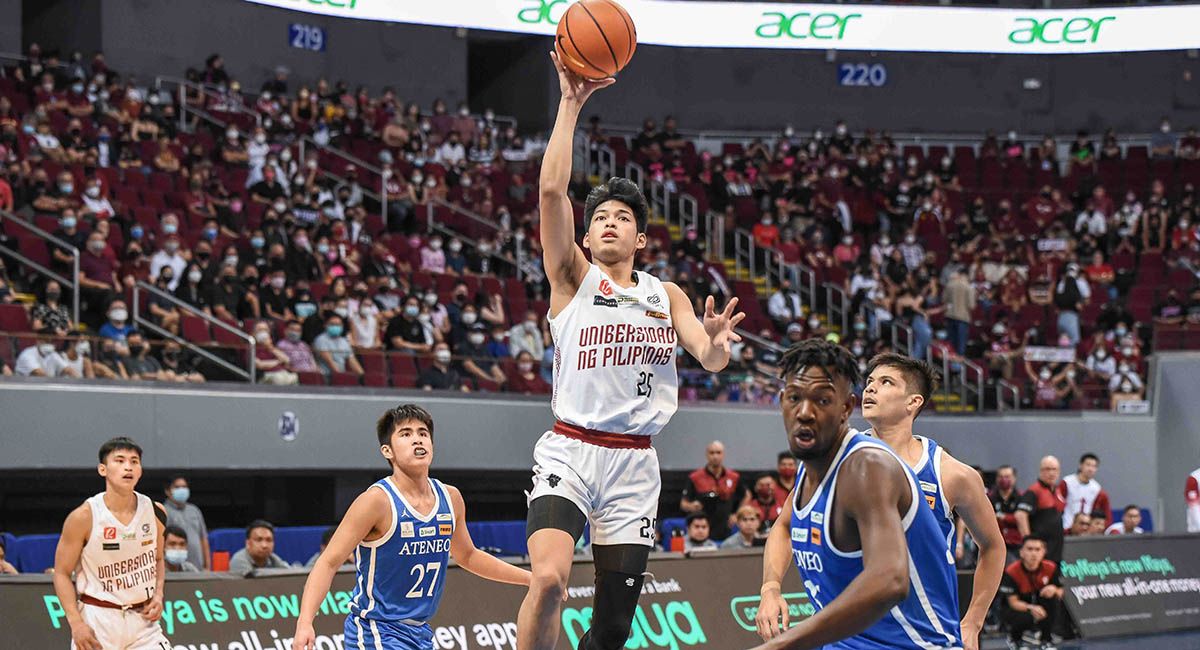 As Ateneo dug in, the UP Maroons got sloppy and committed two costly errors on the inbound play leading to easy layups for SJ Belangel and Gian Mamuyac that gave the Katipunan side the 69-63 lead in the final 45.9 seconds.

The Fighting Maroons still had a chance down the stretch after Belangel's three missed the mark with 17 seconds left, but Ricci Rivero wasted too much time trying to get free and left UP with so little time to come back.

Tyler Tio added 14 points for the Blue Eagles while Dave Ildefonso bounced back from a sub-par Game Two with a 10-point, 8-rebound, 4-assist, and 2-steal performance that kept the Blue Eagles' four-peat quest alive.

The victory came in the first must-win situation Ateneo faced since Game Two of the UAAP Season 80 Finals against La Salle - one that curiously evoked memories for coach Tab Baldwin.

"This series feels like La Salle series. It doesn't feel like college basketball," he said. "It feels like there's something else at stake and tonight, we responded and we did the job in key statistical categories. Everything else in the stat sheets looks good for us."

The Blue Eagles looked poised to cruise to victory after taking a 15-point lead, 45-30 with 5:46 left in the third frame, but the resilient Maroons used an 8-0 run to end the period and set up the see-saw battle in the final canto.

UP's tough loss spoiled what would have been a culmination of a 36-year odyssey as the series heads to a winner-take-all Game Three on Friday.

Carl Tamayo spearheaded the Fighting Maroons' attack with 18 points from 4-of-8 shooting from deep, to go with 12 rebounds and two steals as Rivero contributed 16 points, four boards, and four steals.