AP Manlapaz has come a long way from that gangly kid who first made waves for posterizing Kai Sotto in a high school preseason game.

So much so that coach Franz Pumaren heaped praises on him and even considered him as the best among his young guns this year for Adamson.

"Probably among my players, he’s the best athlete. He just doesn’t realize it," the mentor said. "If he will play his full potential, he can really help this team. He can outjump anybody and he’s smart enough." 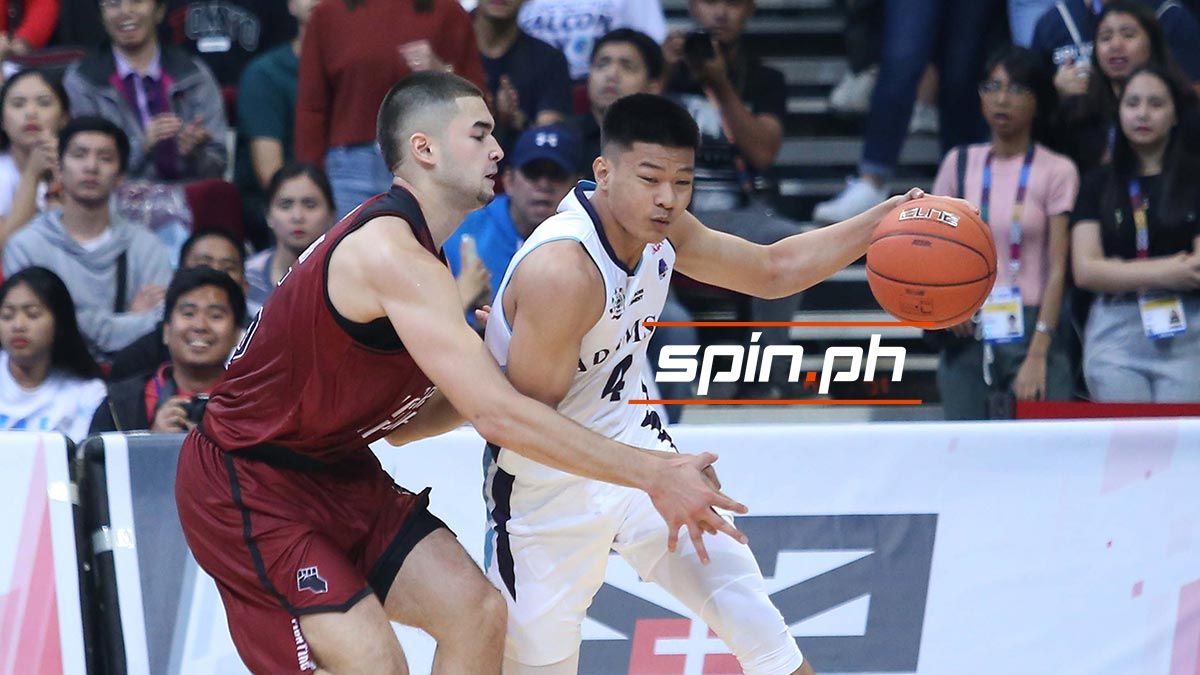 Pumaren, though, only has one problem about Manlapaz -- his inconsistent play.

"Parang weather ito eh, you don’t know when it will rain. He played well sa UP, then guessing game again if he can play this good. Sometimes just like a lawyer, maraming rason ito eh. He just has to focus and really make sure that the bench, we need them for us to be successful," he said.

Manlapaz did acknowledge Pumaren's words and knew that all he needs is to gain enough confidence to make more impact for the Soaring Falcons.

And the rookie did so once again on Saturday, when he was the spark for Adamson, firing 10 of 14 points in the payoff period to steer his side to a 72-53 win over National University to snap the Soaring Falcons' four-game losing skid in the UAAP Season 82.

Yet as stellar as he's been playing, the San Fernando, Pampanga native refuses to entertain the thought of him being branded as the breakout of the batch, which also includes the likes of Joem Sabandal, Aaron Fermin, and Joshua Yerro.

For Manlapaz, all he wants is to be a contributor for the team whenever he's fielded as he seeks to further develop his game.

And hearing Pumaren's advice, he also seeks to be more serious in his approach to help Adamson make a late run to the Final Four.

It couldn't hurt, too, if Manlapaz could pull off the same highlight play like the one he had over Sotto before, this time in the seniors' division.