THE controversy surrounding the University of Santo Tomas Tigers' alleged training bubble in Sorsogon has escalated in recent days, with the social media debate swinging from the legal implications to Aldin Ayo's complicity to possible sanctions to be meted out on the UAAP member school.

On Wednesday, the focus strayed well off course when former Tiger CJ Cansino, whose ouster blew the lid on the Bicol bubble, shared screenshots of a group chat among the players and their parents, revealing their complaints about everything from their meals to the lack of medical care during their stay there.

Unwittingly or not, the online chatter soon focused on the players' grumblings about the food served them during the bubble training, touching the sensitivities of players like Vic Manuel, who, as we all know, rose from obscurity to become one of the best players in the PBA today.

As was expected, the Alaska forward couldn't relate to the players' complaints.

A lot of players, especially those who rose from the ranks, soon poured out their sentiments on Twitter, among them former UST Tiger Allein Maliksi, Cebuano guard Rey Suerte, and former Letran star Jerrick Balanza. 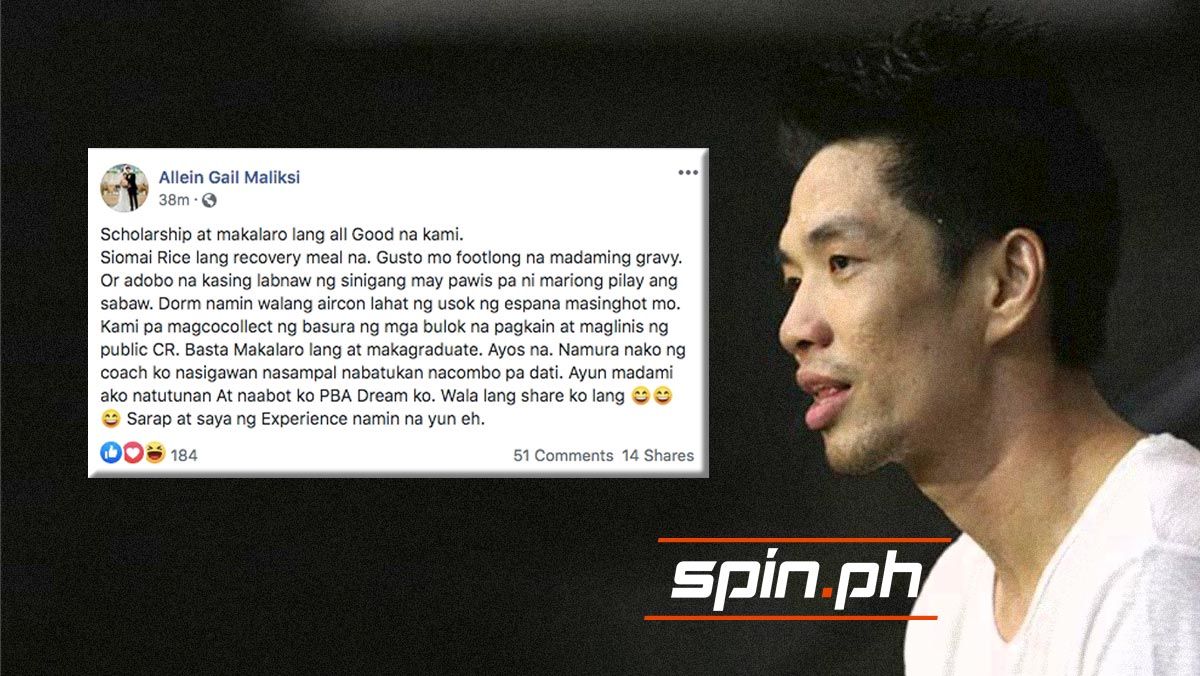 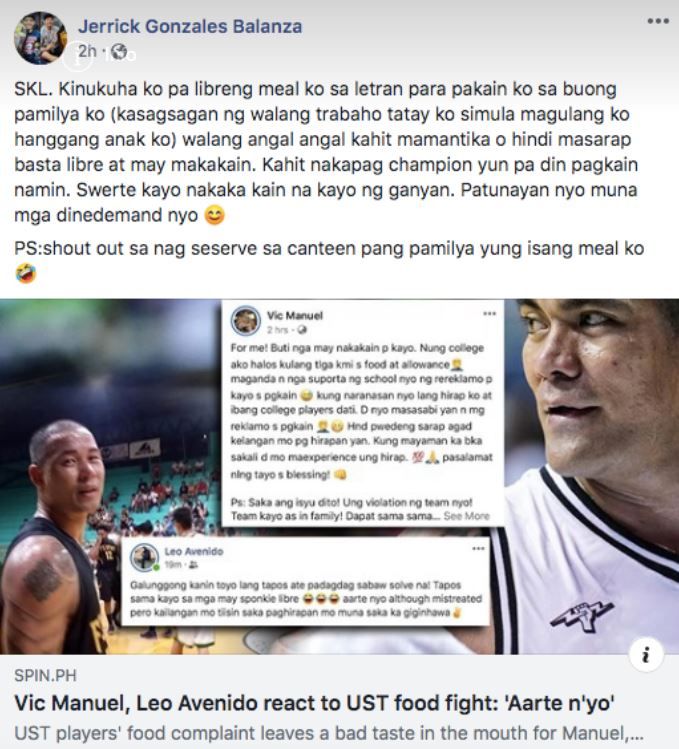 In the heat of the conflict, however, former San Beda star and now Rain or Shine mainstay Javee Mocon waded in with a voice of reason, pleading with netizens to stick to the real issue which, in this case, was UST's violation of pandemic health protocols and alleged mistreatment of the players.

Reacting to SPIN.ph's story on Manuel and Leo Avenido's opinion on the issue, Mocon said, "No offense to these guys but please don't make the players look bad. They were mistreated, yun yung puno't dulo. 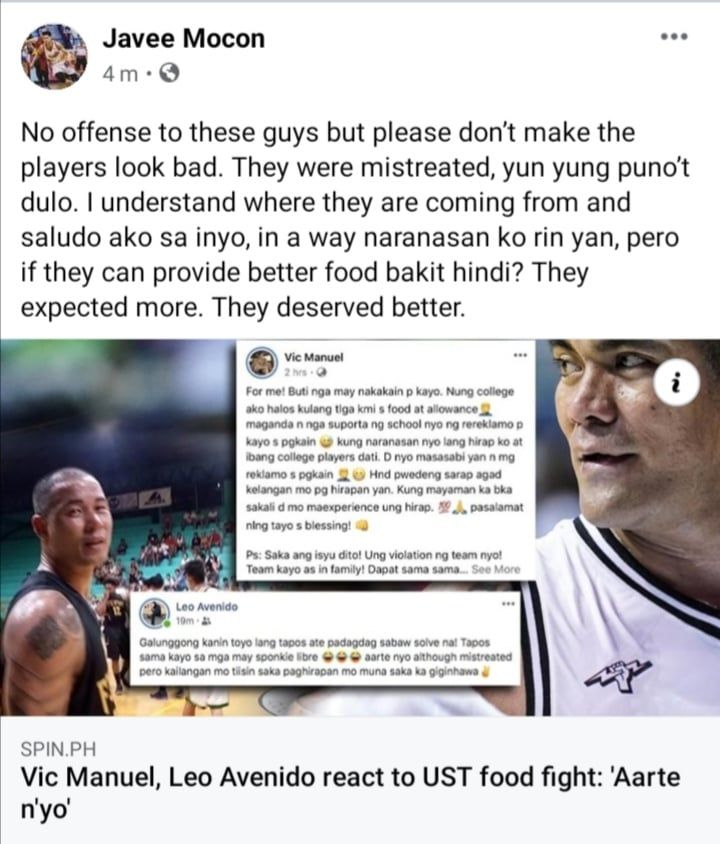 To expound, the former San Beda star tweeted this:

Well, don't expect this heated debate to blow over anytime soon as we await the results of UST's internal investigation on the issue, which it is set to hand to both the UAAP and a probe panel made up of representatives of the Department of Health, Philippine Sports Commission and the Games and Amusement board.