ENDGAME poise has been one thing this revamped La Salle squad has yet to develop this UAAP season.

It reared its ugly head anew on Wednesday.

Not only did the Green Archers let a 13-point third-quarter lead disappear, they also blinked at crunch time as Jamie Malonzo flubbed two free throws that could've given La Salle a five-point cushion heading into the final minute.

But the most crucial of all was Aljun Melecio's endgame blunder - a crosscourt pass intended for Kurt Lojera which Juan Gomez de Liano intercepted and turned into the game-winning three-pointer, 72-71. 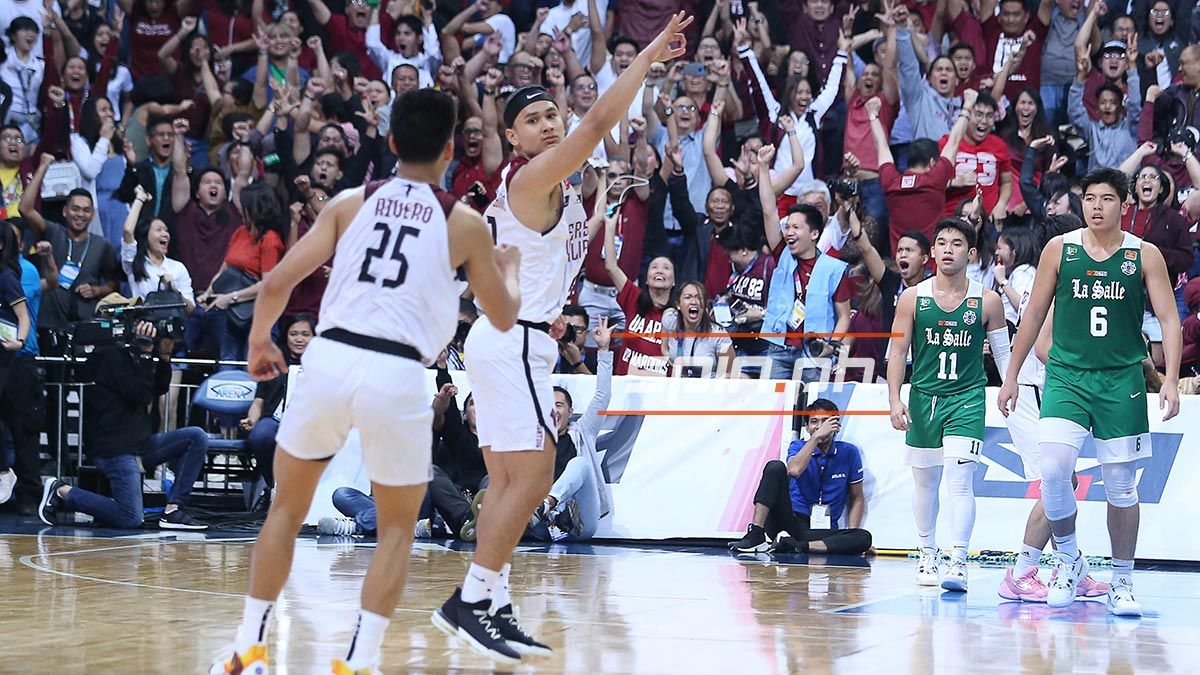 The final turnover left a bad taste in the mouth for Melecio, who shot 4-of-7 from deep to account for 16 points, two assists, and one rebound in the defeat.

Yet the Valencia, Bukidnon native knew that as tough as this loss was, this should serve as a lesson for the Green Archers moving forward.

"Yung positive na nangyari ngayon is we played as a team. Bumigay lang kami noong patapos na, pero our effort was there throughout the game."

The Green Archers now have to make a quick turnaround as they brace for the fast-and-furious University of Santo Tomas on Saturday.