SAN Miguel sports director Alfrancis Chua said no one from University of Santo Tomas has spoken to him about the possibility of supporting the team in the wake of the Tigers' controversial bubble training in Sorsogon.

The former UST player's name has been floated as someone who can help rebuild the Tigers basketball program after the fallout from the bubble issue led to the resignation of coach Aldin Ayo and the departure of key players .

However, the current sports director of San Miguel Corp. said no one from his alma mater has approached him about it. 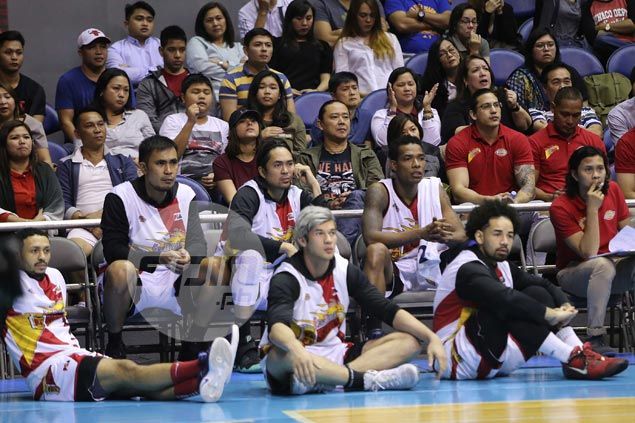 As for his reported interest to help the team at this time, Chua said: “Again, walang pag-uusap na nangyari.”

The fallout from the controversy has left the UST team gutted. Among those who have left for other teams were CJ Cansino and Rhenz Abando. Cansino had since moved to University of the Philippines, while Abando transferred to Letran.

In a statement last Saturday, the school hinted at rebuilding the team after accepting the resignation of Ayo, who on Wednesday was handed an indefinite ban by the UAAP Board of Trustees made up of the presidents of the member schools.

Chua, who coached Tanduay, Sta. Lucia, and Ginebra in the PBA, has taken an active role in running the basketball program of Letran where he now serves as a special assistant to the rector.

The long-haired executive put together a team of coaches and executives that came to be known as 'super friends' which backed Letran coach Bonnie Tan and the Knights in an unlikely run to last year's NCAA championship.

In the past, Chua expressed his desire to help the team except in a coaching capacity, especially during the rebuilding years of Santo Tomas.

“Coaching, for sure, I'm not gonna coach UST but I'm willing to help in any way na kaya kong maitulong,” Chua said in a 2017 interview. “If they need our help, kung kailangan ng tulong namin, bakit hindi?”