ALDIN Ayo put issues of another rumored transfer to rest, assuring that he'll stay at University of Santo Tomas as long as the school still wants him.

The Sorsogon-born mentor, who has coached in three schools over the past five years, said that although he has not signed any extension, he's leaving that decision in the hands of the Tigers' team management.

In just two years, Ayo has brought the Growling Tigers back from the bowels of the UAAP to the finals.

Despite fielding an inexperienced crew led by newcomers Soulemane Chabi Yo, Mark Nonoy, and Rhenz Abando, UST turned heads all season and got back to the Final Four for the first time since 2015.

The Growling Tigers continued to impress in the stepladder semifinals, surviving must-win games against Far Eastern University and University of the Philippines (twice) before losing to Ateneo in the best-of-three finals. 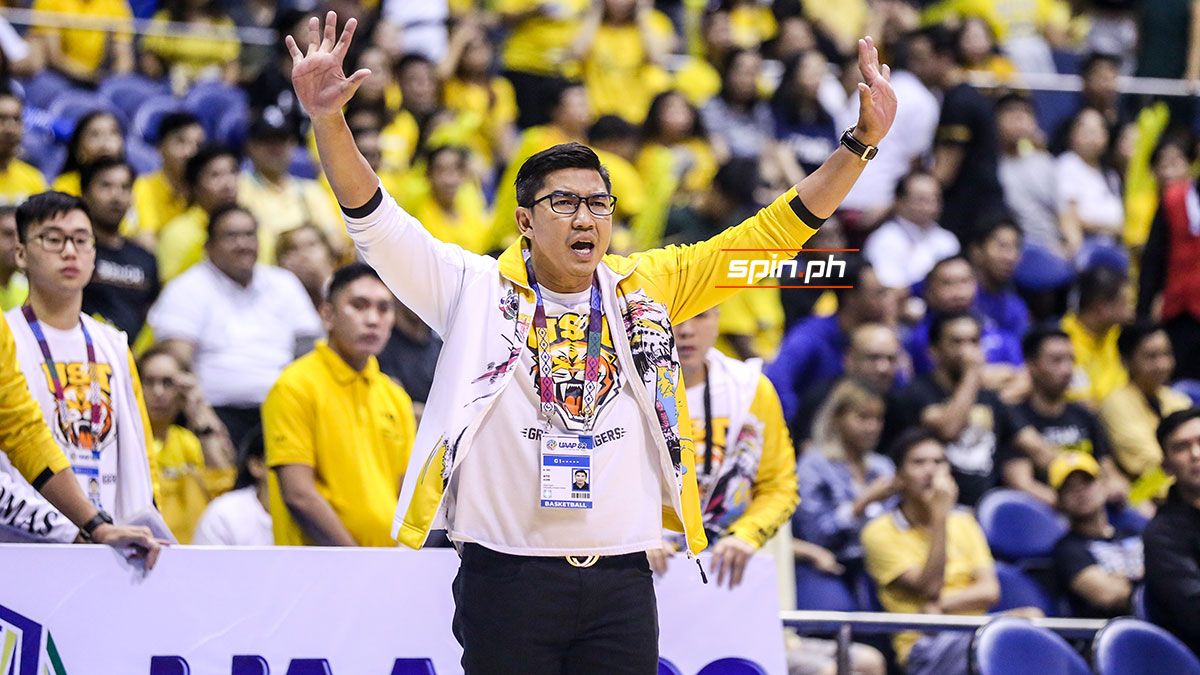 Though UST fell short of a championship, Ayo said he felt the love of the community in his two years in Espana while also achieving his goals of personal growth.

That's the reason he vowed to stay, so long as the school wants him.