TWO months since the dissolution of what was once a promising University of Santo Tomas core, beleaguered coach Aldin Ayo didn't deny that he was saddened with how things turned out for his team in the fallout of the controversial Bicol bubble.

"It was very unfortunate for us," the decorated mentor told Radyo5's Power and Play with Noli Eala on Saturday.

The Sorsogon sojourn basically tore into shreds that Growling Tigers squad which made an inspiring run to the UAAP Season 82 Finals, where they finished as runner-up to Ateneo.

It also triggered an exodus of players from España, with eight players packing their bags and transferring to rival schools.

Erstwhile team captain CJ Cansino was the first out, going to University of the Philippines where he was soon followed by incoming rookie Bismarck Lina.

But the consequences were more dire up top, with Fr. Jannel Abogado, OP stepping down from his post as the director of the school's Institute of Physical Education and Athletics (IPEA).

Ayo soon tendered his resignation and was slapped with an indefinite ban by the UAAP, a penalty that he is appealing.

The Sorsogon-born mentor stuck to his statements in relation to the controversy, saying that the "special personal development farm training program" was purely voluntary and was indeed not sanctioned by the school. It also wasn't intended to be a training camp of sorts for the Growling Tigers, especially with the quarantine guidelines the government has put in place in combatting the global COVID-19 pandemic.

"We did not go there as a team. I have 28 to 30 players sa UST and 17 lang yung pumunta and voluntary lang yun. The objective was farming cause during that time, I was thinking kung ano ang maitutulong sa mga bata," he said. 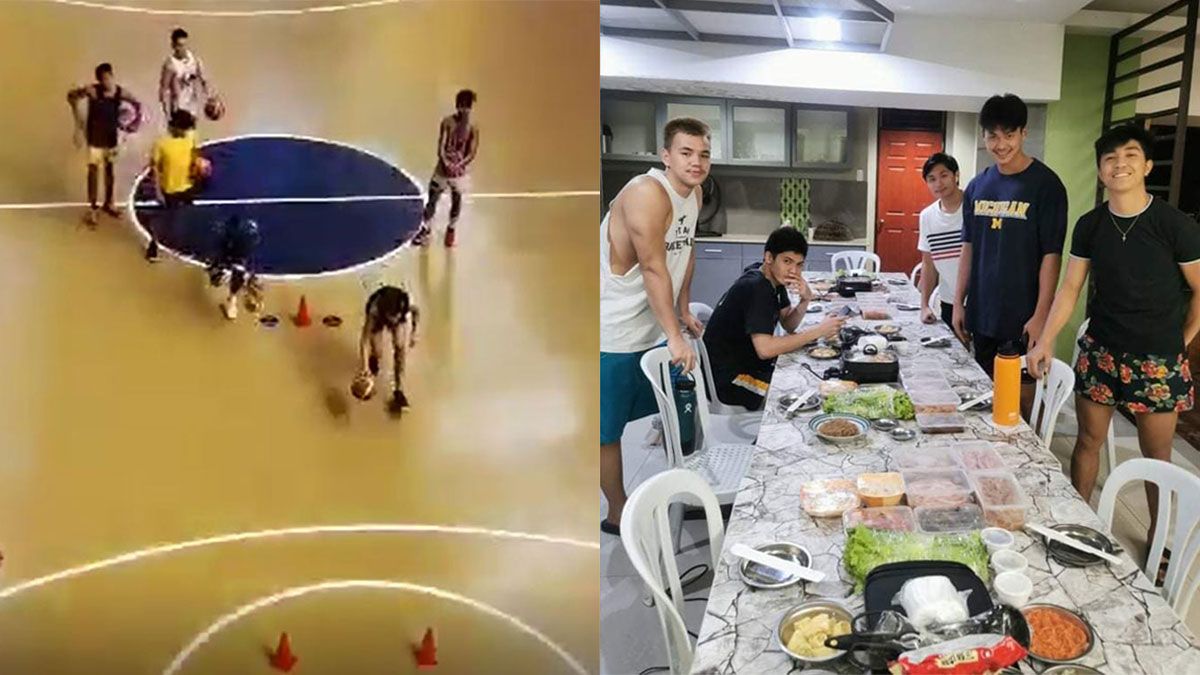 Ayo also said that the activity had clearance from all fronts in the government and made sure that they were not violating any of the rules put in place, boosting his argument in his submitted appeal to the UAAP.

It truly was a painful experience for Ayo, who didn't just see his handiwork go down in shambles but also saw him cost his job and a bit of his reputation.

But what made it hard was the toll the issue took on his family, saying, "It was very difficult especially sa family ko, sa mama ko at sa wife ko. Mahirap eh. Those were very difficult times for us."

Through it all, the 43-year-old Ayo remains grateful for what he has, now as a coach for the Chooks-to-Go Pilipinas 3x3 teams as he begins to pick himself back up after the controversy he found himself in.

Ayo also begged for understanding for his former players, that though they're no longer in one team in UST, he will always root for them wherever they go.

"Ako, nakikiusap ako na we should understand the players also. They're still my players although nasa ibang teams na sila. Pero I became their coach and sa akin, gusto kong maging success ko sila. I wish them luck," he said.

Challenging as the past few months were, Ayo said that it only made him a better person, learning from this tough chapter of his life while holding out hope that soon enough, he can be back coaching in the UAAP sidelines once his penalty finally gets lifted.

"Yung mga nangyari, it was a test of character, test of fate, and susubukan talaga yung pagkatao mo," he said.

"Naisip ko during that time na the best way to overcome it is gawin mo yung tama. And I believe I was able to do the right things. Yung mga statement ko were formal, I did not engage sa social media kasi if I did, parang lalangoy ka against the current and you can't really win, so you just accept it with all humility and basta tama ang ginagawa mo, tama rin ang magiging resulta."
___