THERE's no doubt that Aldin Ayo is the current toast of Philippine basketball after leading La Salle to the UAAP Season 79 championship, a year after winning a title with Letran over in the NCAA.

That feat put him in rarefied air. Only a few coaches - Joel Banal [Mapua and Ateneo], his brother Koy [San Beda and FEU], Turo Valenzona [FEU and San Sebastian] and the great Baby Dalupan [Ateneo and UE] come to mind - have won titles across both college leagues, but no one, at least not in the modern era, has done it in successive seasons.

But along with the accolades came the increased scrutiny on Ayo, a former role player at Letran who was plucked from relative obscurity in his native Sorsogon to coach Letran last year.

While most netizens grant that Ayo did a splendid job in leading an underdog Letran side past multi-titled San Beda in last year's NCAA finals, a lot of them were quick to play down the championship run of a powerhouse La Salle side led by Ben Mbala and Jeron Teng.

Is Ayo really good or was he just in the right place at the right time? A great, young coach or an ordinary one that just got lucky?

While that debate rages on in our comments pages, colleagues and coaches who know Ayo well enough say his success at both Letran and La Salle is no accident.

The guy, they pointed out, took up Philosophy in college that comes in handy in his dealings with players and - much like Miami Heat coach Erik Spoelstra - handled video review during his time as a fourth assistant at Kia in the PBA, giving him valuable insights into the Xs and Os aspect of the game.

"From our short time together at Kia, I saw that he has leadership qualities and is a good listener," said legendary coach Joe Lipa, who is now a coaching consultant at Mahindra.

"Born leader talaga. And he has good rapport with the players," the former national coach added.

Lipa's words were echoed by Louie Gonzales, who has been by Ayo's side during his time with Letran and Kia and promptly joined him in the move to Taft.

“Grabe talaga siya mag-motivate,” said the La Salle assistant coach, revealing that Ayo’s ways are calculated and his words carefully picked whenever he tries to pump up players.

Veteran coach Glenn Capacio, who is part of the La Salle staff as consultant, said Ayo taking up Philosophy at Letran is a big help in his coaching career. 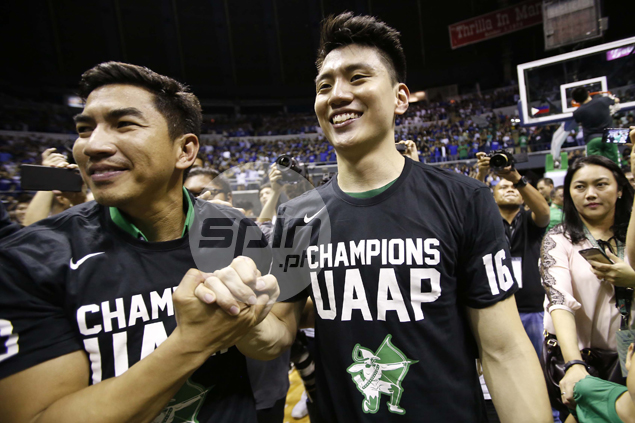 In the basketball aspect, Capacio said only a few coaches can outwork Ayo, who - true to his roots as a video guy - routinely logs several hours studying the game.

While he is a 'players' coach,' Capacio, a former star at FEU in college and Purefoods in the PBA, said Ayo puts in as much effort in practice down to the minutest detail and therefore expects no less from the players.

Ayo pays so much attention to the details on his 'mayhem' defense - checking everything, down to the pivot foot of a player when he makes his defensive stance.

While Ayo has a long way to go in his coaching career, Lipa said there is no doubt that he has what it takes to be a good coach.

"He has all the ingredients to be a good coach," Lipa said. 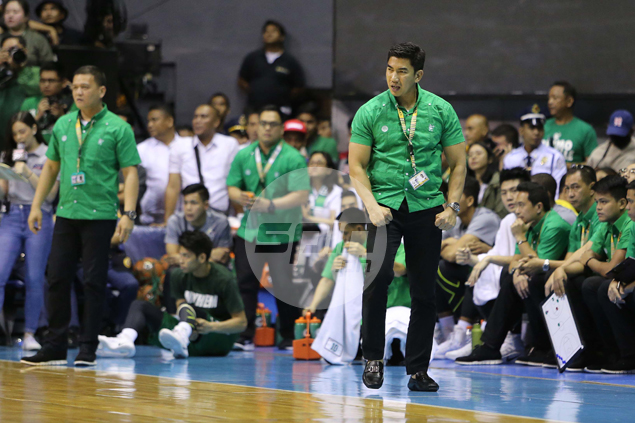