IT wasn't long before players from the disbanded Technological Institute of the Philippines found a new home.

Forwards Bryan Santos and Ivan Santos have agreed to transfer to University of Santo Tomas, beefing up the Growling Tigers frontline.

Bryan Santos, who stands 6-foot-5, is a hardworking banger from San Luis, Pampanga and was one of the main producers for the Engineers.

Meanwhile, the 6-foot-6 Ivan Santos was his frontline partner - a bruiser from Bustos, Bulacan who's willing to do the dirty work down low.

He posted 8.9 points and 4.7 rebounds in the same tournament. 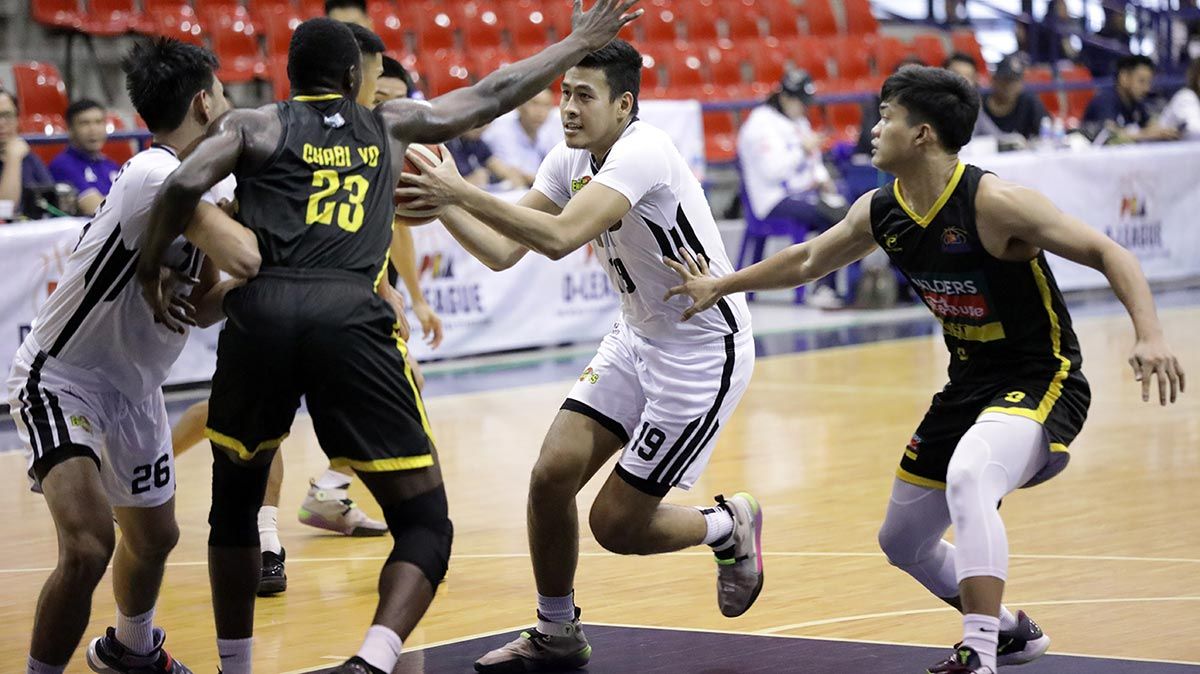 The two, both 23 years old, were crucial cogs in the Engineers' campaign in the PBA D-League, as well as in their mother league UCBL under the guidance of coach Potit de Vera.

The Santoses were left without a team after TIP opted to cease the operations of its athletic programs last week.

They will have two playing years left, and can represent the Growling Tigers come Season 84.

UST's frontline is currently bannered by reigning MVP Soulemane Chabi Yo, who is set to play his final year next season, together with Rhenz Abando, Dave Ando, Ira Bataller.

Bismarck Lina, together with new additions Bryan Samudio, Christian Manaytay, and Ian Herrera are also expected to vie for their spots in the team.

Beau Belga is set to join the coaching staff of his fellow Sorsoganon Ayo as he teams up with Jason Misolas as mentors for UST's big men.