NATIONAL University has big plans for Afril Bernardino who team management hopes can get a shot at playing in the WNBA in the United States.

NU coach Patrick Aquino bared Lady Bulldogs officials have started contacting people from the WNBA in the hope of getting the newly minted UAAP women's basketball MVP at least a tryout in the premier women’s professional league.

“We are having contacts already. Hopefully, it pushes through. Our boss Heherson Sy has been talking with WNBA people. Magpapadala na kami ng tapes and video niya," said Aquino, moments after the Lady Bulldogs completed a UAAP season sweep witha 96-72 win over La Salle.

“Hopefully, parang Kiefer Ravena and Bobby Ray Parks,” said Aquino, referring to the respective attempts of Ravena and Parks to make it to the NBA.

Bernardino, a 5-8 combo guard who once came close to posting a quadruple-double in a UAAP game, is regarded as the top Filipina basketball player.

The 20-year old is a mainstay of the national team and has now won her third straight UAAP crown for the Lady Bulldogs. She finished with 18 points, six rebounds, nine assists, and three steals in the win over the Lady Archers. 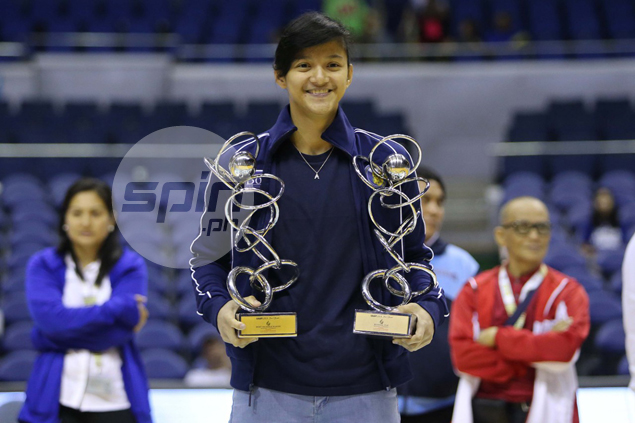 Aquino said Bernardino still has a lot to improve in order to be able to play in the WNBA level, but added the cagebelle has the right attitude.

“She has to improve her dribbling skills and shooting ability. She has to build up a little bit more. But the way ‘yung attitude niya, it’s one good attitude already,” said Aquino.