ADAMSON put an emphatic end to its five-game losing streak with a thrilling 64-63 escape from Far Eastern University in the UAAP Season 84 men's basketball tournament Tuesday at Mall of Asia Arena.

Matty Erolon sunk the go-ahead right corner three off a pass from Jerom Lastimosa with 3.0 seconds left, before the Soaring Falcons defense foiled the inbounds play for Emman Ojuola to avenge their 63-60 loss in the first round. 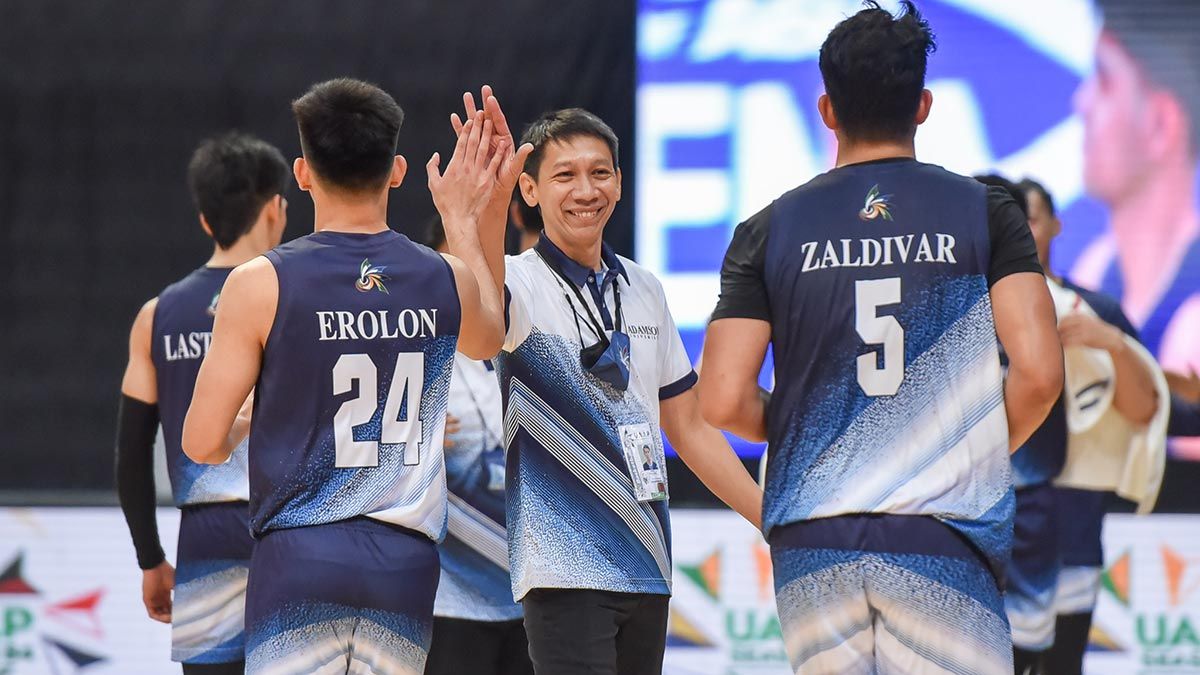 Coach Nash Racela and the Falcons improve to 2-6.

Lastimosa finally ended his run of misfortunes with 17 points, eight rebounds, two assists, and one block, while Cedrick Manzano also played big for Adamson with 14 points and four assists.

"It’s always a nice feeling when you win. Now we know how coach Olsen felt the last time we played them," said coach Nash Racela who gained one over his brother.

The Soaring Falcons improved to 2-6 to remain in the race to the Final Four despite missing center Lenda Douanga in the contest.

Meanwhile, the Tamaraws suffered back-to-back losses to fall to 3-5.

L-Jay Gonzales paced FEU with 20 points, five rebounds, four assists, and two steals, while RJ Abarrientos shot 4-of-14 from the field for his 15 points, four boards, and four assists.

Ojuola nabbed a double-double with 13 points, 17 rebounds but went 5-of-14 from the field.