PENNY Estacio carried FEU-Diliman back to the Finals for the first time in three years, clipping Adamson, 78-65, in the stepladder semis of the UAAP Season 82 boys basketball tournament Friday at Filoil Flying V Centre in San Juan.

The Baby Falcons tried to mount a rally, cutting the lead down to seven, 52-45, but back-to-back treys from Vincent Saldua and John Rey Pasaol restored order and gave the Baby Tamaraws a 58-45 lead with 2:13 left in the third frame. 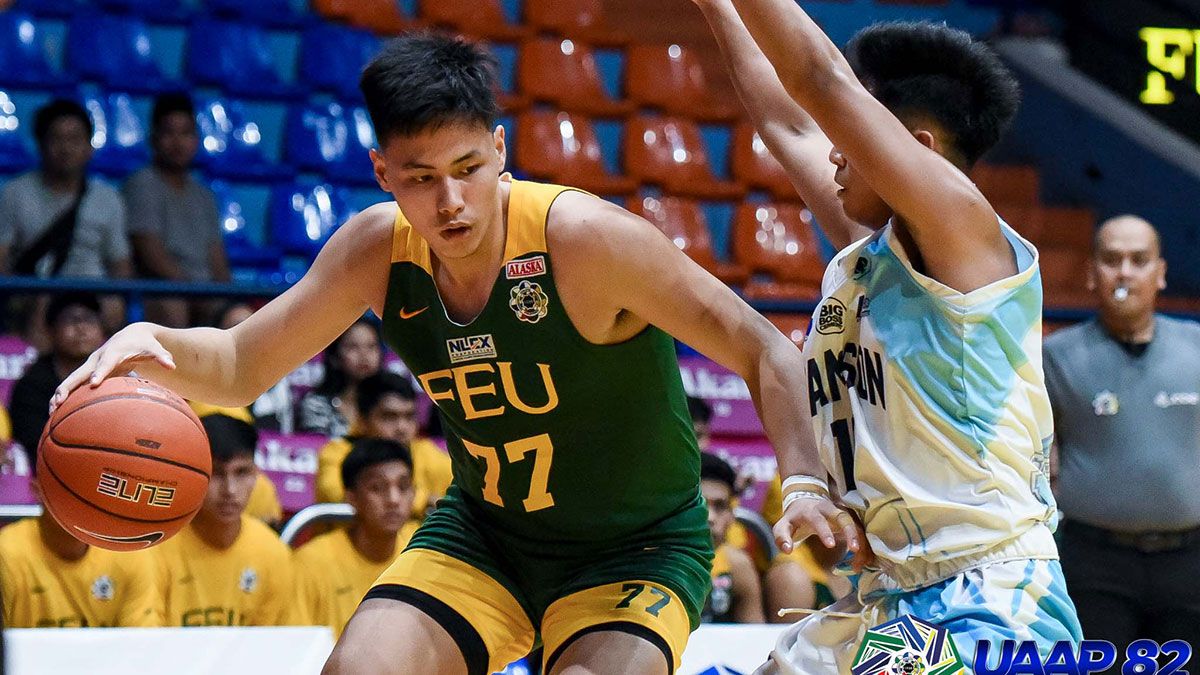 Mark Padrones makes a move down low against the Baby Falcons defense.

It was the first Finals appearance for FEU Diliman since it won the Season 79 crown back in 2017.

Game One of the best-of-three championship series is on Friday.

Joshua Barcelona topscored for the Baby Falcons with a double-double of 12 points and 12 rebounds.

Season MVP Jake Figueroa was held to just 11 points on a 1-of-6 clip from the field, on top of his seven rebounds, two dimes, and two blocks, as John Erolon only had seven points on a 1-of-12 field goal shooting in the defeat.