COMING off a one-month break, National University-Nazareth School did not miss a beat, crushing Far Eastern University-Diliman, 79-61, to move on the cusp of the title and sweeping the UAAP Season 82 boys basketball tournament Friday at Filoil Flying V Centre in San Juan.

Protecting a slim seven-point lead, the Bullpups outscored their foes in the third quarter, 24-12, to blow the game wide open entering the payoff period, 67-48. 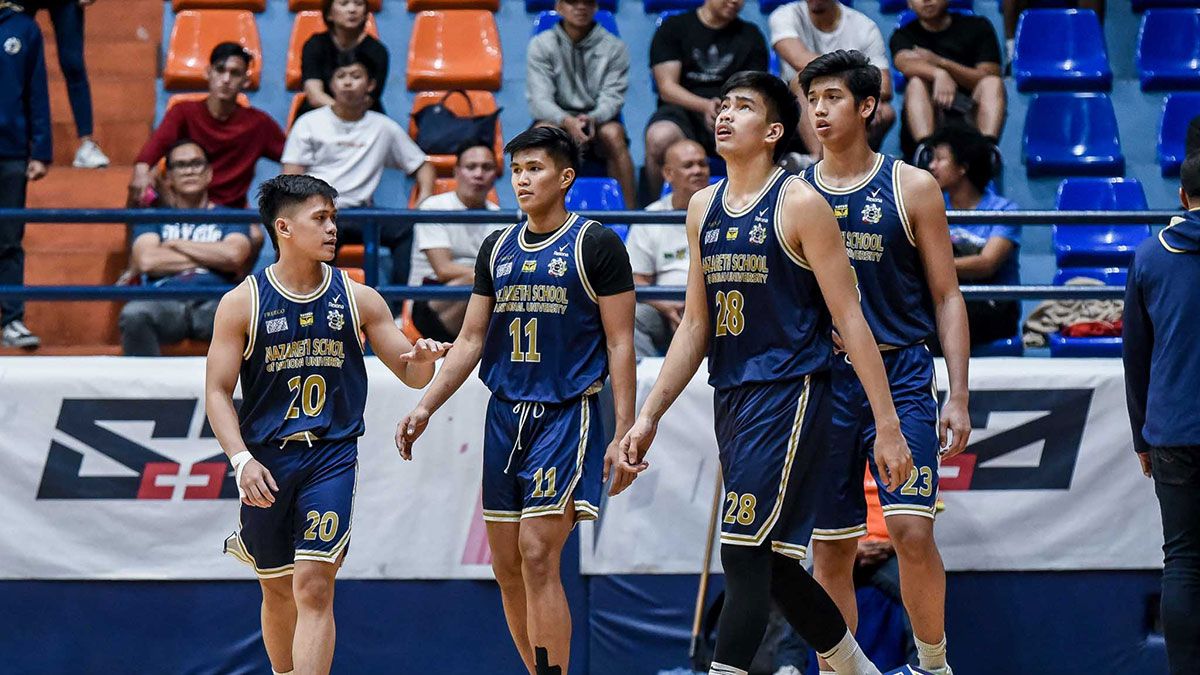 But the Bullpups faced some adversity early in the game, needing to buck a slow start, falling behind by 14 at the start, 17-3, before Terrence Fortea led the fightback to enter halftime ahead, 43-36.

In the other game, Erika and Nicole Danganan took over in the second half as University of Santo Tomas dealt Adamson its first loss, 73-68, to take Game One of the UAAP Season 82 Girls' Basketball Finals.

Fortea top-billed for the Bullpups with 24 points on 50 percent shooting while Abadiano backstopped him with 14 markers, seven rebounds, and four assists.

Chiolo Anonuevo paced the Baby Tamaraws with 13 points on 4-of-16 shooting, alongside 11 rebounds, two assists, two steals, and three blocks.

Penny Estacio, FEU's leading scorer, was held to just six markers on a woeful 1-of-17 clip.

The Bullpups look to capture their second consecutive title on Monday, March 9, at the same venue.