AFTER a three-year wait, Nazareth School of National University is back on top of the world.

The Bullpups accomplished what they set out at the start of the season and snared the UAAP Season 81 juniors' basketball championship, dethroning Ateneo after a 64-53 Game Two victory on Friday at Filoil Flying V Centre in San Juan.

The gritty Bullpups validated their status as the No. 1 seed at the end of the two-round eliminations by cutting Kai Sotto and the Blue Eaglets to complete an unlikely sweep of the best-of-three title series.

It was the Bullpups first title since the Jeff Napa-coached squad, bannered by Justine Baltazar and John Lloyd Clemente, took home the Season 78 crown back in 2016. 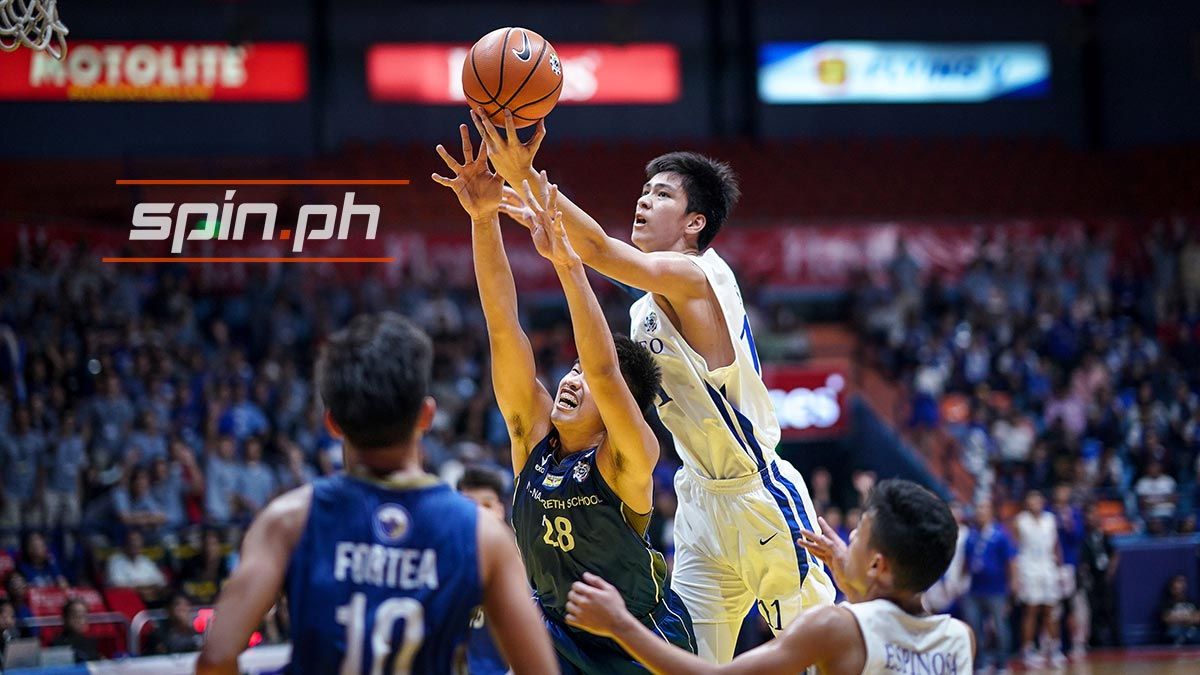 Terrence Fortea shook off his 3-of-19 shooting struggles and scored five big points in the fourth frame that gave the Jhocson dribblers a 59-51 advantage with 2:31 left to play. He finished with 15 points, four assists, and two rebounds to win his second UAAP title.

Cyril Gonzales also tallied a double-double to his name with 10 points, 10 rebounds, four assists, three steals, and a block, Reyland Torres had eight and nine, and Ernest Felicilda grabbed 12 rebounds to go with two points, two assists, and a steal.

Gerry Abadiano also fired eight points and nine rebounds for NU, but was ejected with three seconds left in the third quarter for his second unsportsmanlike foul, leaving NU without its starting point guard for the rest of the fourth period while slightly ahead, 46-45.

But the Bullpups simply can't be denied a fourth title in eight years.

After Forthsky Padrigao gave Ateneo the slim 51-50 lead with 5:36 to go, NU went on a 9-0 run capped by Fortea's trey to take the eight-point lead it would never surrender.

Kai Sotto carried the torch for the Blue Eaglets with his monster numbers of 26 points, 25 rebounds, and four blocks in what could be his final game for the blue side as talks continue for his eventual transfer to Europe.

Padrigao chipped in eight points, three rebounds, and two assists, before going down with a left leg injury with less than three minutes remaining.

Geo Chiu also had eight points, nine rebounds, and three blocks in the gallant stand for the deposed champs.