Kai Sotto refuses to get carried away by high praise, vows to keep improving

KAI Sotto is not letting high praise get to his head, determined as he is to be the best that he can be in his first UAAP season with the Ateneo Blue Eaglets.

The 6-9 Sotto has earned encouraging reviews just months since joining the Ateneo juniors program, with Blue Eaglets coach Joe Silva the first to rave about the giant strides in the 14-year-old's game despite being new to this level of basketball.

The latest to take notice was Far Eastern University athletic director Mark Molina, who was at ringside when the Baby Tamaraws faced the Blue Eaglets in a playoff game for the second spot in the Final Four last week.

So impressed was Molina that, in his tweet moments after the match, he decribed Sotto as an 'NBA prospect.'

“First time to see Kai Sotto play for an extended time. What great instincts and feel for the game for a 14 year old. #NBAprospect,” wrote Molina. 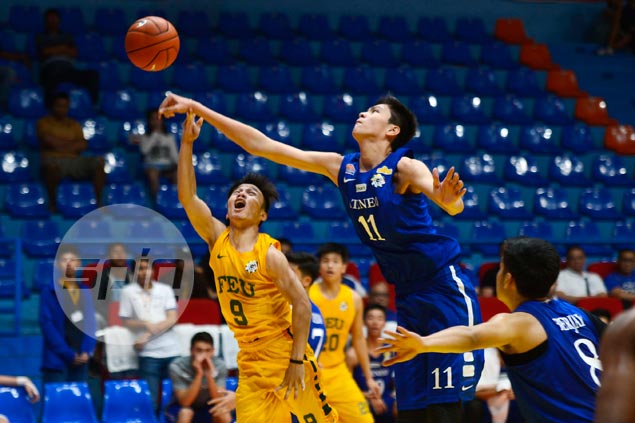 Sotto, however, refused to be carried away by such praise, saying that he has a long way to go before he can truly say that he has improved.

When asked what aspect of his game he needs to improve on, Sotto said: “Lahat. Kailangan ko lahat (ma-improve).”

On Thursday, Sotto nearly had a unique double-double when he collected 17 rebounds and seven blocks for the Blue Eaglets in a 62-64 loss to FEU in a battle for the second seed in the Final Four.

[See Thanks to sound development program, Kai Sotto starting to spread his wings]

Sotto already had 10 rebounds and six blocks in the first half of the game, but he admitted fatigue set in by the time the second half rolled along.

His condition is just one of those aspects of his game that he needs to work on, Sotto said.