JEFF Viernes doesn’t believe Friday is his lucky day, although he admits getting a lot of jokes about it.

"Merong nagbibiro. Pero minsan naman talaga, malas ka talaga kahit anong araw," said Viernes, when asked if, as his surname suggests, Friday is like no other day for him.

Still, it was too much of a coincidence that Viernes played one of his best games on Friday night, leading underdog Jumbo Plastic to the PCBL Chairman's Cup championship at the expense of powerhouse Mighty Sports.

It's simply coincidence, the 5-9 guard insisted.

But there's no doubting the big leap in Viernes' game over the last few years, which he capped with a clutch 21-point performance in Jumbo's title-clinching 80-68 win over Mighty in Game Three on Friday night.

The 27-year old has now won two championships and two MVP awards in two conferences of the PCBL - not bad for an underrated player who went undrafted in the 2013 PBA rookie draft out of little-known St. Clare College.

Viernes is in fact hoping some PBA team would soon take notice.

"Si Boss Danny na bahala sa akin," said Viernes, referring to his manager Danny Espiritu who was present during Game Three. "Kung may pagkakataon na mag-tryout, so be it." 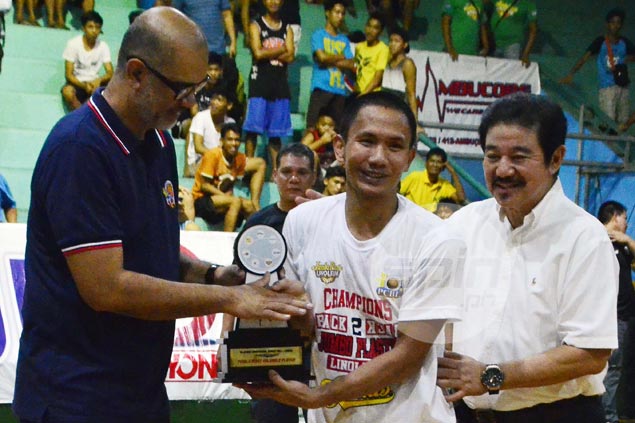 Viernes said he isn’t frustrated about not getting a chance at the PBA, insisting that he is grateful to be playing for a living and suting up for a squad like Jumbo Plastic.

If it doesn't happen, Viernes said he's happy to be where he's at.