Cavs-Warriors 'threematch' a first in NBA, but trilogies more frequent in PH basketball

FOR the first time in NBA history, two teams are meeting in the Finals for the third straight time after the reigning champions Cleveland Cavaliers arranged another face-off with the Golden State Warriors.

In the Philippine basketball setting, however, trilogies have occurred more frequently, though these happened very rarely, at least in recent memory.

Here are a few of the memorable trilogies in Philippine basketball.

The Growling Tigers and the Green Archers faced off in the UAAP finals three times from 1994 to 1996 in a rivalry to remember. UST, however, dominated those match-ups with a team led by the likes of Dennis Espino, Bal David, Rey Evangelista, and Chris Cantonjos and mentored by Aric Del Rosario.

La Salle won titles in the late 90s but it took three more years since their last finals meeting with UST for the Green Archers to get back at the Tigers, thanks to one of the most memorable shots in college basketball - a Dino Aldeguer four-point play to force overtime in the deciding game.

Crispa and Toyota were simply too good for the rest of the teams in the early days of professional basketball in the country, so much so that the arch-rivals figured in not just one but two PBA trilogies. The pro league has seen no other 'threematches' since.

Toyota, led by Robert Jaworski and Ramon Fernandez, took the first-ever PBA crown in the 1975 First Conference against Crispa before winning the Second Conference against the same rival. Crispa would eventually get back at Toyota in the Third Conference, denying their rivals of a grand slam.

The second trilogy, however, was a different story as Crispa swept all three conferences of the 1976 PBA season against Toyota for the league's first grand slam.

Crispa's Bogs Adornado was the star among the stars in the PBA in those first two years as he won the MVP award. 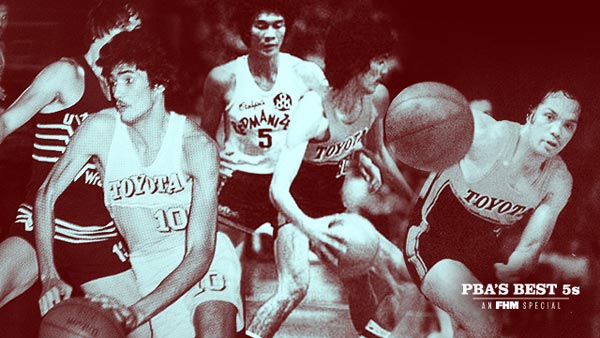 When the UE Red Warriors dominated the UAAP in the late 1950s to the 1960s, their fiercest chalengers were the Glowing Goldies. Thw two rivals met in the finals eight times during that stretch. The two, in fact, met in the finals five consecutive times from 1965 to 1969. Robert Jaworski delivered for the Red Warriors in the first three finals including in his final season in 1967 before both teams shared the title in 1968 owing to a stalemate between the two coaches (but that's for another story).

After the Tamaraws captured the 1973 crown via a one-point victory, the Red Warriors won the last two titles with a team led by eventual PBA players Tito Varela and Jaime Manansala. In the match-decider in 1975, UE defeated FEU, 85-80, with Emerson Legaspi leading the charge. 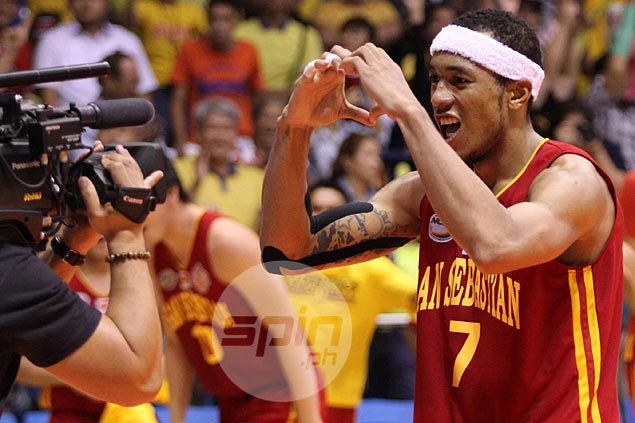 The Stags took the 2009 NCAA title by ending the Red Lions’ three-year reign, thanks to a team coached by Ato Agustin and players Calvin Abueva and Finals MVP Jimbo Aquino. The Red Lions, however, went on to win the next two finals series against the Stags, including an 18-game sweep of the 2010 season. Dave Marcelo won the Finals MVP the following year after sweeping Abueva’s Stags in the final act of the trilogy.