After his stellar showing in the SM NBTC League National High School Championship, Ateneo de Cebu guard Travis Mantua quickly found a home for the next stage of his career as he was recruited to join the University of Santo Tomas Tigers in the UAAP.

Mantua is counted upon to shore up a Tigers backcourt that leaned heavily on veterans Jamil Sheriff and Louie Vigil in last year’s disastrous campaign that saw them win just three of 14 games - tied for the worst record in the league.

With Vigil and Sheriff no longer around, the 5-foot-9 Mantua is expectedto come in and contribute right away while teaming up with Henri Subido and Marvin Lee in the backcourt.

Mantua averaged 9.8 points, 5.8 rebounds, 3.6 assists and a steal in four games in the NBTC national finals. 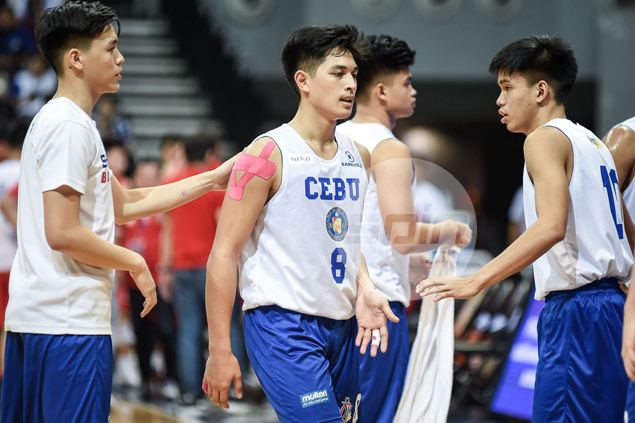 When asked about his recruitment to UST, the soft-spokenFil-Australian said that he had no idea who the Tigers’ perimeter players were but expects no problem fitting in to the system of head coach Boy Sablan.

“I don’t know who their guards are but that’s alright, Iwill find my way and also find a way to help out the team,” said Mantua after the Magis Eagles fell to the San Beda Red Cubs in the championship game of the NBTC on Thursday night.

Mantua’s father, Gerry, explained that after consulting with his son and his family, and after talking extensively with the coaching staff of the Growling Tigers, he felt at ease in the decision to send his son to the Espana-based school.

“I can’t explain it. When I was still young, I always had this affinity for UST. Every time I would buy a UAAP jersey, I would always prefer having the UST one,” said the older Mantua.

“I have talked to UST’s coaches and I just feel comfortable with having Travis (Mantua) playing there especially since he would have the opportunity to play right away.”

Zachy Huang, Mantua’s former Ateneo de Cebu teammate who is already an up-and-coming star for UST, said that Mantua is just what the doctor ordered for the team.

“The system we run needs a pass-first point guard. Someone who can facilitate more rather than score. I think that’s what Travis can do,” Huang said.