DUBAI – On how prepared Kiefer Ravena and Jeron Teng are for the big time will be known on Friday when Mighty Sports-Philippines collides with host Al Ahli at the start of the Dubai International Basketball Tournament at Dubai’s premier sports club.

Though he has to share minutes with PBA veterans like Gary David, JC Intal, Ryan Arana and import Justin Brownlee, the 6-foot-2 Teng vowed to give his all if given the time to show his stuff.

“This is my first big tournament since the UAAP finals, so I will try to take this opportunity to show what can I do,” said the former King Archer, who intends to turn pro before the end of the year.

Same thing for Ravena who is looking so inspired after visiting volleyball star and girlfriend Alyssa Valdez in Bangkok on his way to this bustling city.

Backed by Rain or Shine and Scratch It, the team held its first full practice on Thursday after arriving in this Mideast hub after a nine-hour flight from Manila. 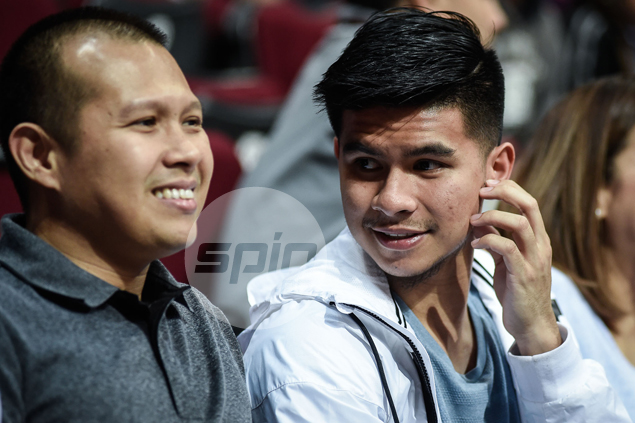 Mighty Sports coach Charles Tiu said they will have another full practice before Friday's game against Al Ahli.

“We will be up against the host squad so we will prepare hard for it,” said Tiu, who will be assisted by veteran tactician Bo Perasol of University of the Philippines. “We have to be at our very best if we are to hurdle our first test.”

Aside from Ravena and Teng, focus will also be on 7-foot-3 import Hasheem Thabeet.

The Tanzanian is out to prove why he was picked ahead over James Harden (No. 3) and Stephen Curry (No. 7) at second overall during the 2009 NBA Draft.

Mighty Sports is hoping to win his second international glory after completing an 8-game sweep of the Jones Cup in Taiwan last year.