IT has been almost two decades since Stephen Padilla stamped his mark in the regional professional basketball league MBA with a 40-point game, and it brings a smile to his face when fans recall the amazing moment.

Known as the ‘Cebuano Cannon’ for his accuracy in shooting three-pointers particularly during his time with the Cebu Gems in the Metropolitan Basketball Association (MBA), Padilla's deadly form was on display during an August 2, 2000 match.

Padilla hit an MBA record 10 from threes in a win 109-85 win over the Socsargen Marlins at the Bren Z. Guiao Convention Center.

He finished the game with a career-high 40 points, one of the most memorable moments in the league’s history. The record went untouched as the MBA folded in 2002. 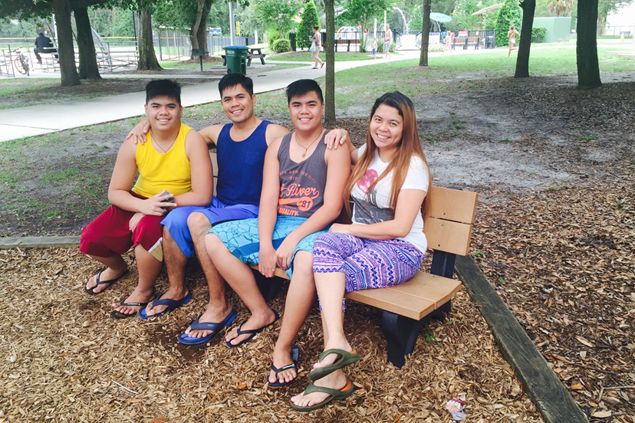 Comparing PBA records, only Allan Caidic, Marcio Lassiter, Kenneth Duremdes, and RR Pogoy hit 10 or more three-point shots, with Caidic as the only one who converted more than 10 threes (17 and 15).

Padilla, now based in Florida, spoke modestly about the feat, saying he simply got lucky.

Another impressive fact to the record was that the game was held in a neutral venue. The Gems and Marlins were playing the first game of a doubleheader with the home team Pampanga Dragons taking on the Nueva Ecija Patriots in the main offering.

In a game account by the Inquirer, Padilla’s triple helped the Gems, coached by Tonichi Yturri, capture their fourth straight win after a 0-2 start in the MBA Intra-Conference Challenge.

Apparently, Padilla could have hit more triples if he had stayed in the game longer.

Padilla also recalled his teammates informing him that he had already shattered the record held by, they believed, Alex Compton of the Manila Metrostars.

Padilla was one of a few players in the MBA who played for only one team during the league’s existence from 1998 to 2002. The University of Visayas product was drafted by Alaska in the third round in 2003 and played for three seasons in the PBA.

Padilla is grateful to basketball fans who still remember his role in the huge game.