SPIN Sports Heroes of 2018: Count on Yeng Guiao to right the PH ship

[Editor's note: We now present one of our Top Sports Heroes of 2018 under the Sportsmen Who Take the Lead category leading up to the announcement of our Sportsman of the Year]

YENG Guiao doesn’t fancy himself as the ‘unifying force’ that finally put together the best collection of talent for the Philippine men’s basketball team.

All he's concerned about is the outcome.

“But you will not be judged by just bringing this team together. You will be judged by the results,” he stressed. “Maybe it increases our chances of success kasi nandiyan naman yung talent, nandiyan yung size, but it does not guarantee you anything.”

Outspoken and oftentimes hot-tempered, Guiao has for so long been a polarizing figure in the PBA - admired by fans who appreciate both his unorthodox coaching method and knack for turning unheralded players into stars, but hated by others for his guts.

But he became an unlikely unifying force in August and September, as the country tried to pick up the pieces after a melee involving Gilas Pilipinas and Australia left the national team program in shambles.

Tasked to step in on short notice, the concurrent NLEX coach succeeded in rallying support from all major basketball stakeholders for the national team, enabling the best players to see action for the Philippine side.

The first test was the Asian Games in Jakarta, Indonesia.

Given limited time to assemble a competitive team, the SBP and the PBA opted to send the core of the Rain or Shine team, the same franchise Guiao steered to two championships before his stunning transfer to NLEX, mixed with a sprinkling of reinforcements led by NBA player Jordan Clarkson. The team finished a decent fifth place.

Buoyed by the positive result, Guiao would be given an even bigger task of carrying on the country’s FIBA World Cup qualifying campaign which had to be rebooted after majority of the national team mainstays were suspended by Fiba for the brawl against the Aussies.

The World Cup qualifier however, proved to be more challenging than the Asiad, more so with no more Rain or Shine core to work with.

Lacking in cohesion and familiarity with Guiao's system, the team struggled in the last two windows of the home-and-away qualifiers, losing three of four games including back-to-back heartbreakers at home to Kazakhstan and Iran.

“Ang advantage nung Asian Games team natin with the short time that we had, we accomplished a lot because you draw on your previous experiences together,” Guiao pointed out. “Dito nawala na yung core ng team na yun, so it’s a lot harder to replicate that kind of chemistry." 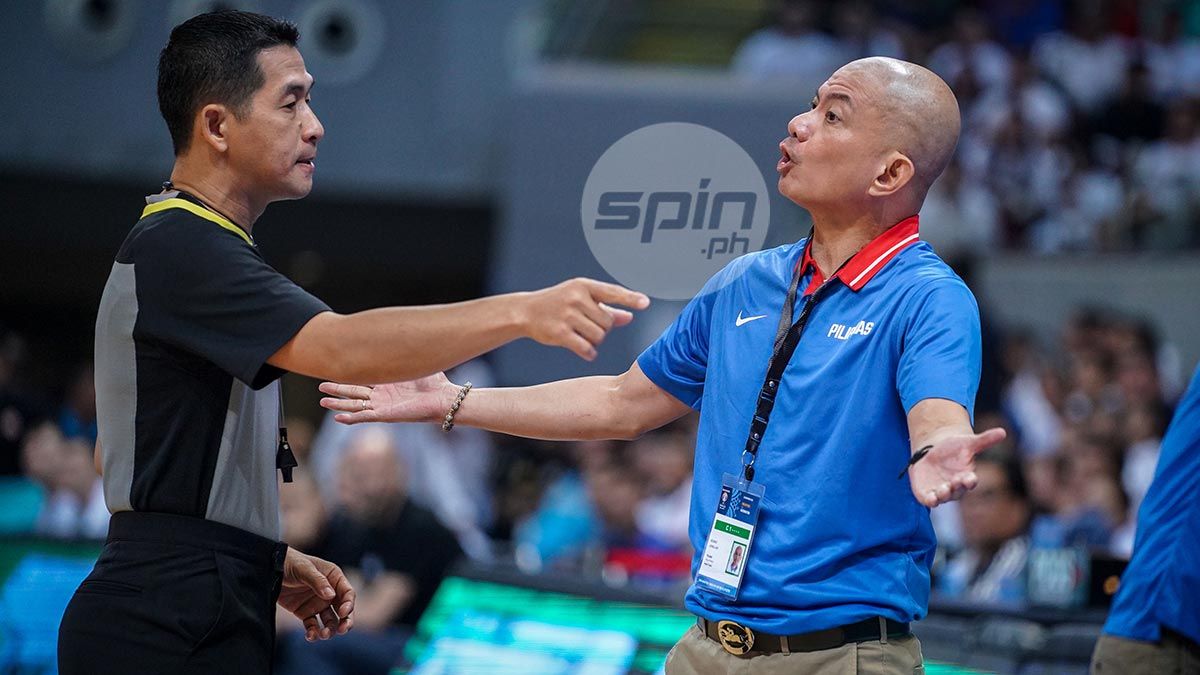 The losses have left the Philippines in a precarious position ahead of the final window of the qualifiers for the 2019 Fiba World Cup in China, and has put the heat on Guiao whose decisions have come under question for fans.

But count on Guiao to right the ship, like he has done time and again in his career.