"Eduardo 'Danding' Cojuangco, Jr. left an indelible mark in the country not just as a brilliant businessman but also as a passionate sportsman," the federation wrote in its statement following the passing of the San Miguel Corporation chairman on Wednesday.

Cojuangco was 85 and passed away due to his lingering illness.

An ardent supporter of the sport, Cojuangco has always been at the forefront of the movements for Philippine basketball, bankrolling the Northern Consolidated Cement national teams in the 1980s.

Those teams won a multitude of gold medals, from the William Jones Cup in 1981 and 1985, the 1985 Southeast Asian Games, to the 1985 Asian Basketball Confederation title.

"Because of his investment with the NCC, Philippine basketball greatly benefitted as it jumpstarted the careers of legendary PBA players and coaches as well," it read. 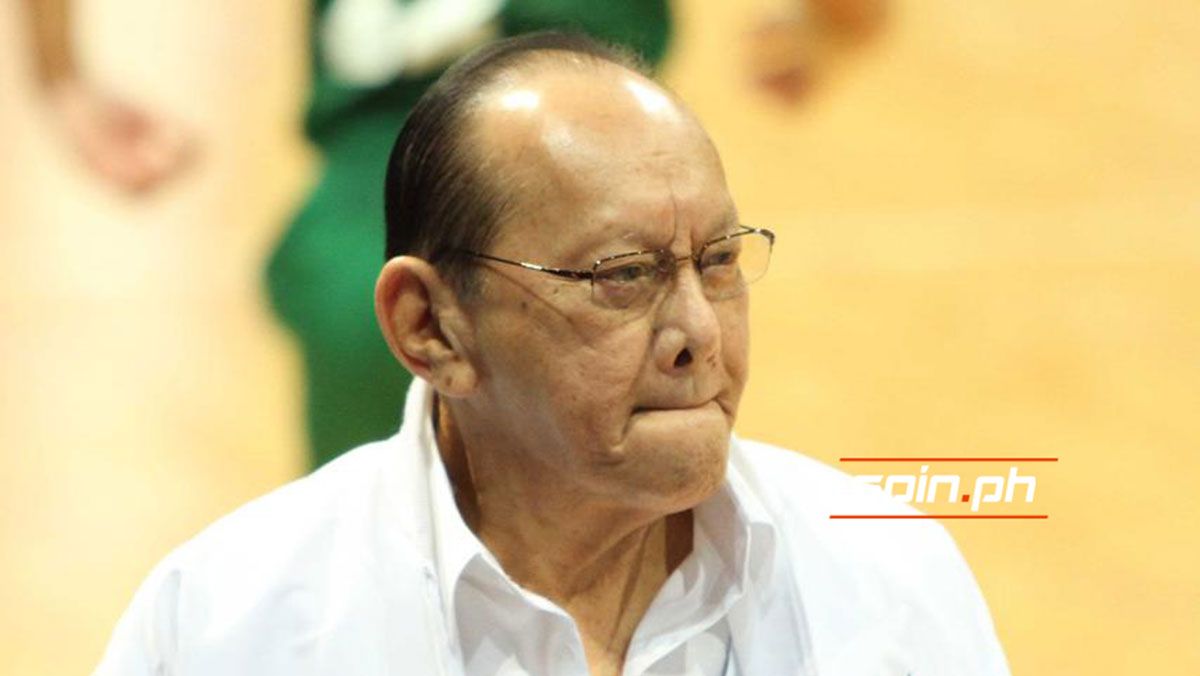 It also set forth the careers of Philippine basketball legends such as Hector Calma, Allan Caidic, Pido Jarencio, and Jerry Codiñera, among others coached by Ron Jacobs.

In the following years, Cojuangco's San Miguel Corporation teams also rose in prominence in the PBA, with San Miguel, Ginebra, and Purefoods franchises not only among the winningest teams in the league but also the most popular.

He was also one of the top bankrollers for his alma mater La Salle, tirelessly attending its games even in his latter years.

"Beyond this, his love for basketball led to the enrichment of the lives of so many players, coaches, and staff who have nothing but great words to say about 'ECJ.' We, at the Samahang Basketbol ng Pilipinas, mourn with the entire nation and extend our deepest condolences to the Cojuangco family."