Sabrina Ionescu the projected No. 1 pick in virtual WNBA Draft

NEW YORK — It will be no surprise if Oregon star Sabrina Ionescu is the No. 1 pick in the WNBA draft Friday night by the New York Liberty.

It would be a surprise, however, if she isn't.

The Ducks guard, who was the consensus player of the year, has been projected as the Liberty's choice since the team won the draft lottery.

"I've talked to their coach a little bit, and he's been awesome," Ionescu said during a Zoom call earlier this week. "Obviously, they have a new staff in place. I'm just excited if I get that opportunity. I think they have the right pieces in place, and the goals and the vision that coaching staff and the front office has for that team are bright." 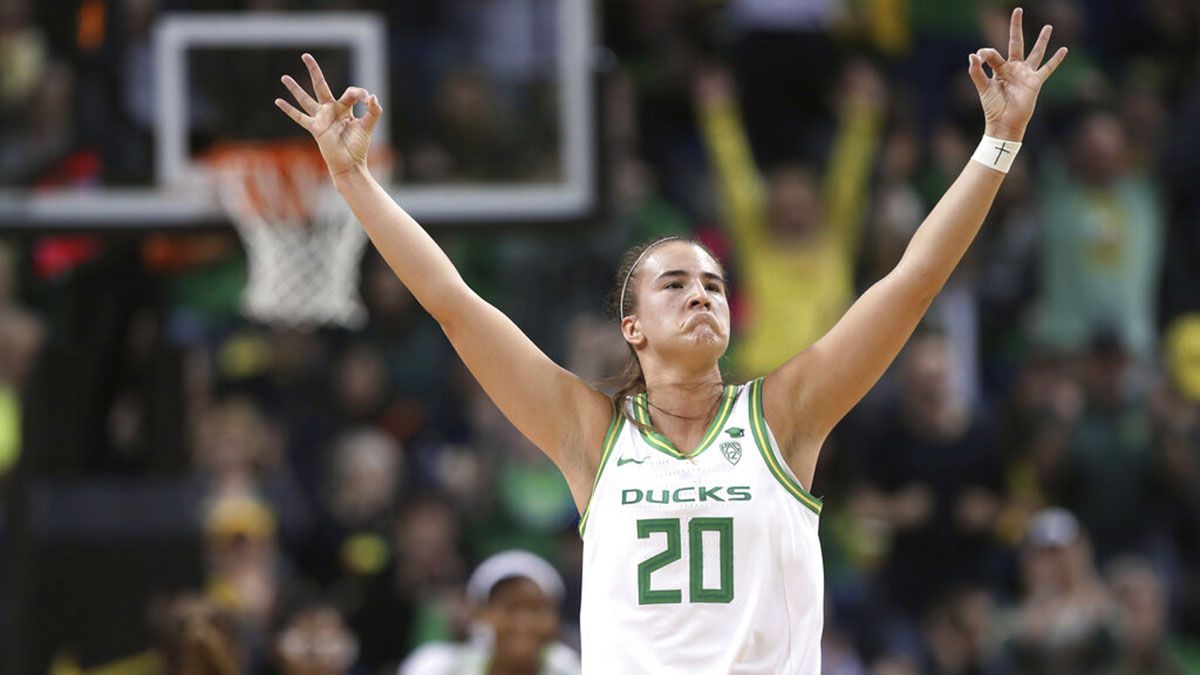 Her Oregon teammate Satou Sabally, one of three juniors to forego their last year of college eligibility and enter the draft, is expected to go No. 2 to Dallas.

It would be the third time in the history of the draft that the top two picks were from the same program. And if Oregon's Ruthy Hebard is also selected in the first round it would be fifth consecutive season and ninth overall that three college teammates were taken in the opening round.

The WNBA is holding a virtual draft because of the coronavirus pandemic. The NFL is following suit and having its draft vrtually next weekend.

Of course, a virtual draft will have a few different quirks.

Draft prospects will be in their own homes instead of a central location and the WNBA Commissioner Cathy Engelbert will be announcing selections from her home. The WNBA sent a care package to many of the top picks with hats of all 12 teams, a WNBA sweatshirt, confetti and a few other items.

Coaches and general managers are spread through the country — with Chicago coach — in France, so they are setting up virtual war rooms instead of gathering in their own team facilities.

The Liberty and Wings basically control the draft with half of the 12 first-round picks between them after a series of trades over the last year. New York has the No 1, 9 and 12 picks; Dallas the No. 2, 5 and 7 picks.

Some other things to know about Friday's draft:

For the fifth time in six years at least one junior decided to forego their final year of college eligibility and enter the WNBA draft. This season there are three with Chennedy Carter, Sabally and Megan Walker. The trio are all expected to go in the first round.

Princeton star Bella Alarie is projected to go in the first round and would be only the second Ivy League player to be drafted that high. Harvard star Allison Feaster was selected fifth in the 1998 draft by the Los Angeles Sparks.

The league will honor Alyssa Altobelli, Gianna Bryant and Payton Chester during the draft. The teenagers were among the nine people who died in the helicopter accident on Jan. 26, including Kobe Bryant. Engelbert said the league also plans to honor the former NBA star at the draft and during the upcoming season. Ionescu said earlier this week that she would be involved in whatever the league has planned.