THANKS to a video on YouTube that went viral a couple of years ago, Ryan Wetherell's eyes were opened to the possibility of playing professional basketball in the Philippines.

Now he hopes the chance will finally come this year as the former University of Southern California (USC) standout makes himself available for the coming PBA Rookie Draft.

The 27-year-old Fil-Canadian is coming over carrying with him impressive credentials.

He played under head coach Tim Floyd with the Trojans from 2006 to 2009, where he had for teammates the likes of NBA players OJ Mayo of the Milwaukee Bucks, Nick Young of the Los Angeles Lakers, and Taj Gibson of the Chicago Bulls.

Following his stint with USC, Wetherell also suited up for Cal State-Los Angeles.

But it was a hit video called USC Midnight Madness where Filipino basketball fans first took notice of the 5-foot-11 Wetherell as he was featured throwing lob passes, scoring on lay-ups and dunks.

He disclosed having received calls from people involved in the Philippine national team back then, but declined the invitation as he was still in college at the time.

“I got a couple of phone calls in the Philippines because there’s a video on YouTube of me dunking. It went viral a little bit. Everybody was contacting me. That gave me an idea to play professional basketball here,” said Wetherell.

“The national team was also contacting me a little bit. At first, I’m not sure because I was focused on my college career. But after college, the phone calls kept coming and I said to myself, ‘You know what, I’ll give it a try.’ So I came here two years ago,” said Wetherell, who had stints as practice player for Talk ‘N Text and GlobalPort.

Since his citizenship papers weren’t completed yet, Wetherell failed to get an opportunity to play in the PBA D-League this season. Instead, he played in tournaments like the DELeague and the Filsports Basketball Association (FBA).

Wetherell again attracted attention during his stint with the Laguna Busa Warriors in the FBA where he exploded for 38 points in one of their games.

Shortly after, he was advised by FBA commissioner Vince Hizon and Laguna coaches Nic Belasco and Ali Peek about playing in Asia’s first ever play-for-pay league.

“Vince Hizon said good things about me. He is well-respected in the basketball community. (With Nic Belasco) I talked to him a lot on what to expect in the PBA. He had a very long career here. It’s exciting to hear his story and kinda see what he went through,” he said.

An Asean Basketball League (ABL) scout who wanted to recruit Wetherell for Saigon admitted he is already 'PBA material' despite the absence of playing experience in high-profile tournaments such as the D-League.

“He is not a project player. A PBA team that will get him will not wait for two to three years because Ryan is already good. He can contribute immediately,” said Linus Malitao, a scout for the Heat.

Wetherell hopes to bring his energy and athleticism to the team which would pick him in the August 23 Draft.

“I’m known for my speed and athleticism. I believe I have a good three-point shot. I think I can contribute to the team with my defense as well. The battery just won’t stop. At least, that’s what I’ve been told so we will see,’ said Wetherell. 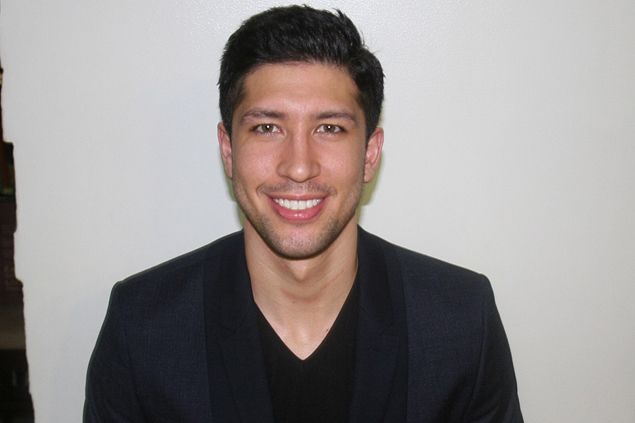