RYAN Monteclaro pulled the biggest trick in his bag to finally lead Big Boss Cement-Porac to a 21-18 victory over Pasig in snaring the seventh leg of the Chooks-to-Go Pilipinas 3x3 MelMac Cup Monday at Gold's Gym Sheridan in Mandaluyong.

It was an amazing shot from the former Adamson Falcon, spinning for a wild circus shot and banked it to the hoop against the tight defense of Franky Johnson to cap off the exciting championship game with 3:32 still on the clock.

"Sadya pero swerte rin," said Monteclaro of his winner as the Gilbert Cruz-owned Builders claimed their second title in four appearances in the championship.

The Philippines' 21st-ranked 3x3 player finished with eight points in the finals, which is also presented by Coca-Cola and Gold's Gym.

Monteclaro broke the 9-all deadlock with five straight points, capped off by a deuce to grab a 14-9 lead with 5:51 remaining. 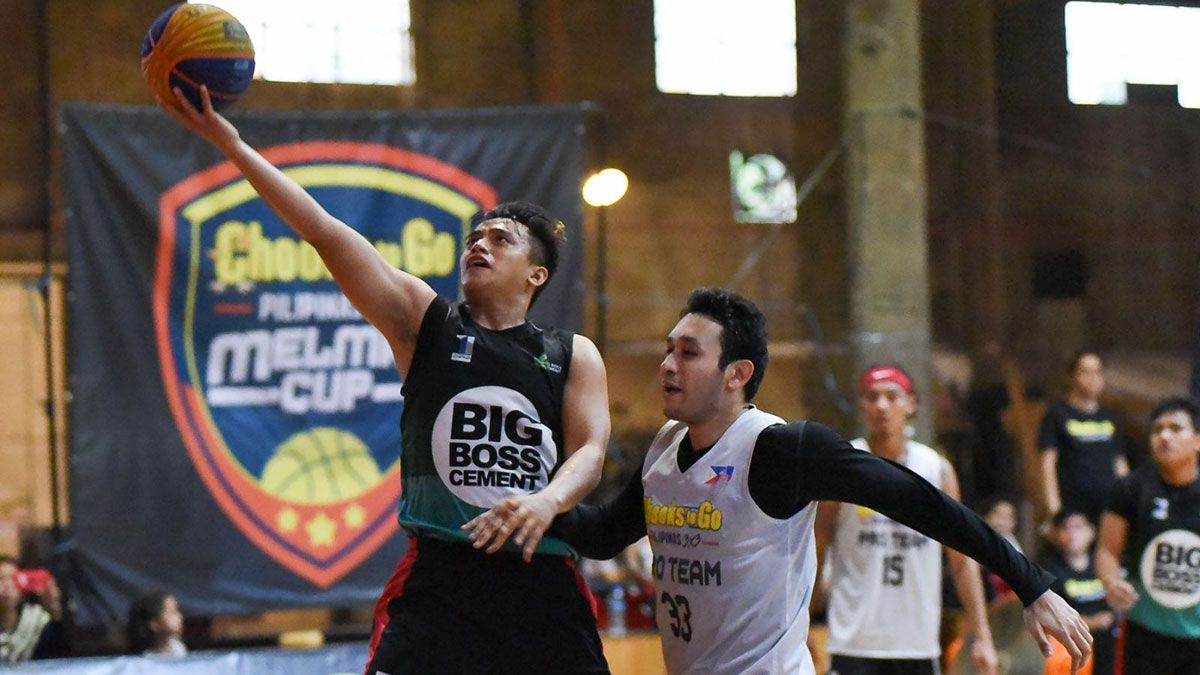 The resilient Pasig kept on chipping, with Johnson draining a long bomb to get to within two, 20-18, but that only led to Monteclaro playing the role of the hero late in the penultimate leg.

"Minamaliit kami kasi talagang maliit talaga kami, but we stayed locked in and grabe yung focus namin. Luckily for us, were hitting our two-pointers," said Monteclaro as Big Boss Cement-Porac played with just three players after the ejection of Janus Lozada at the 6:45 mark to take home the P100,000 cash prize.

Nikki Monteclaro also played big with seven points as the Builders has finally gotten one over the powerhouse Pasig in the finals after finishing as runner-up in legs three and four.

Johnson led the Kings with 10 points built on five two-pointers, as Munzon got five in the bridesmaid finish.

Meanwhile, the Maroon Thunders have claimed the championship in the women's division, pulling off a 13-8 victory over Team X.

She also won the Chooks-to-Go Harissa Roast Two-Point Shootout to pad her winnings with P10,000.

Team X, on the other hand, settled for runner-up for the second time to wound up with P10,000.

The eighth and final leg will be on Tuesday, still at Gold's Gym Sheridan.