The fourth seed Vanguards had a hot start and never let go of the lead to boot out third-ranked home team Pagadian, 67-61, here at the City Gymnasium.

Roxas raced to a 24-10 first quarter and never looked back to set a date with Zamboanga City in the semis round 2 on Wednesday, 6 p.m.

But the Vanguards were steady from the free throw line down the stretch en route to the series sweep. 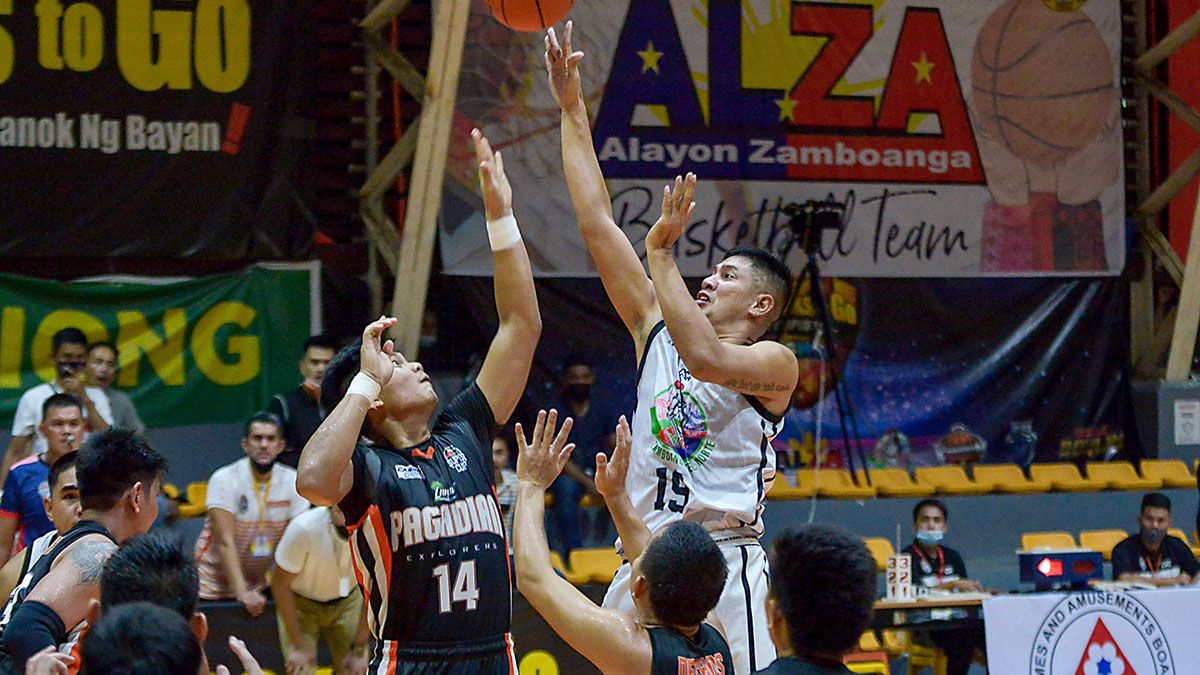 Jhong Bondoc rises for a floater over Pagadian.

Jhong Bondoc, James Castro, and Leo Najorda went 5-of-6 from the line to seal the victory.

It did not help the Explorers' fate that main guy Rich Guinitaran suffered a left knee injury with seven minutes left in the third quarter and was unable to return. He left with just two points on 1-of-8 shooting.

Castro played all but two minutes, finishing with 18 points, seven rebounds, seven assists, and a steal for Roxas.

Francis Camacho chipped in 13 points while Bondoc had 10 points and six rebounds.

The Vanguards held Pagadian to just 19-of-73 from the field, a measly 26 percent.

Christian Manalo paced the Explorers with 12 points and nine rebounds. Mark Benitez also had 12 points, five rebounds, and two steals in the losing cause.

Pagadian shot themselves on the foot, going 17-of-31 from the free throw line, good for just 54.8 percent.