CHICAGO - After taking the UP Maroons to the loftiest place in college basketball last month, Ricci Rivero is off to another adventure.

Testing the limits of his potential, the 6-foot-1, 146-pound star is taking his talents to the P.League in Taiwan after signing a one-year deal with the Taoyuan Pilots.

"Now is the perfect time. I could have started my professional career early on but I waited for the right timing when I could fully commit to taking it to the next level. God has His perfect plan and nothing is more exciting than that," Ricci told me.

Rivero, whose skills had agents and scouts salivating for his services, had no regrets staying at UP throughout the course of his eligibility.

"I gave importance to the value of commitment. I could've jumped right away but I stayed."

Rivero explained that skipping the PBA was not necessarily intentional.

"Even the offer overseas po was never discussed to me by Virtual Playground until after the championship."

Acting is another facet of Ricci's wonderful life, but he is prepared to leave show business for now.

" While I'm so grateful to all of the entertainment producers and co-actors and fans who generously gave me a space in their industry, I know in my heart that I will not regret choosing my first love, which is basketball."

Ricci revealed that he had already "humbly begged off" from being part of a cast on local TV shows and movies to be released globally. 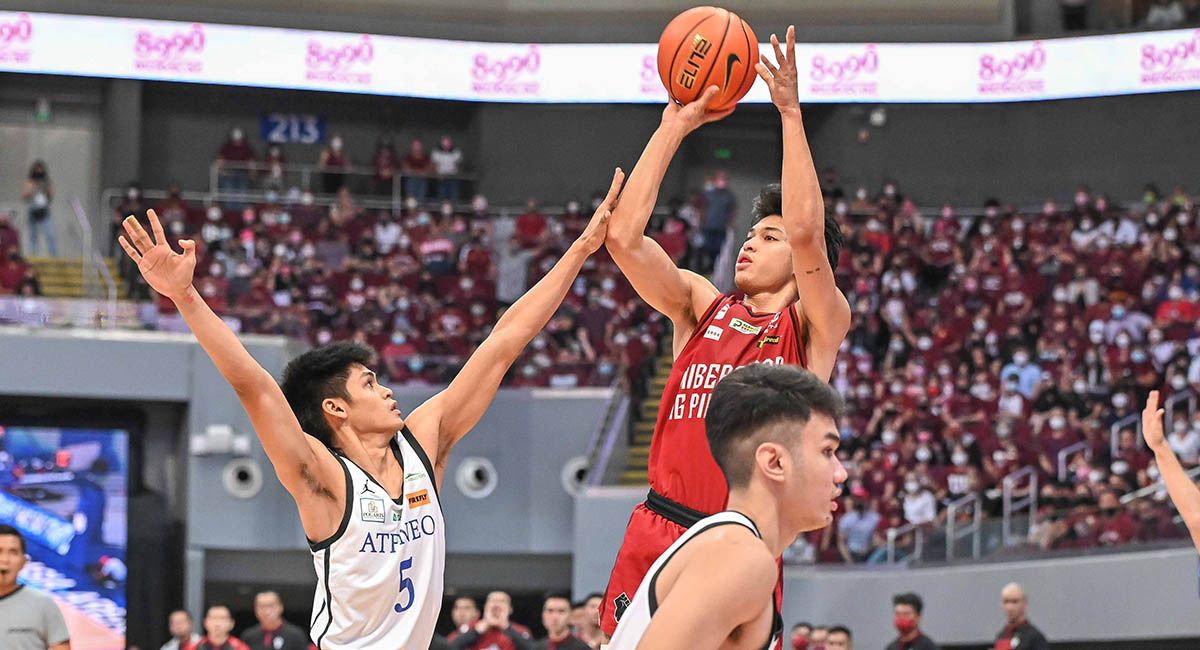 Even the best among us know that it's difficult to serve two masters or nurture two passions at the same time. So, in a bittersweet kind of way, the entertainment world's loss could potentially be the gain of the hoops universe.

When I asked him if all these players' flight abroad is changing the landscape of Philippine basketball, Ricci replied with the wit and wisdom of a man beyond his 24 years.

"Change for the betterment of the majority should always be welcomed. Opportunities like this to showcase Filipino talents abroad shouldn't be considered a competition or a threat but rather a gateway to start discussions and reviews of the current state of the industry for any improvements that would benefit both the stakeholders, the players and the fans."

Inarguably, this is the kind of open mind needed in a PBA board that appears to be reticent to change.

The language barrier is often a challenging obstacle for those moving overseas. But for Ricci, the Taiwan migration will be a breeze.

"A percentage of Chinese runs in my blood. My mom's surname is Uy. We have been using Chinese terms since I was a kid, if that would sound like a good start for a smooth immersion, I think I'm lucky. But yes, I'll for sure double-up on studying even before I leave in October."

LIVING ALONE WON'T BE A SWEAT, EITHER.

"I've been living independently for four years already," he shared.

However, being away from his family and dealing with the longing and the loneliness are another matter. But he's already figured it out the same way he routinely escapes double-teams that blanket him.

And it's not complicated.

"I'm putting my faith in Taiwan's internet service to cure me from homesickness."

That and the fact that his family can easily visit him once in a while in Taiwan, which allows visa-free entry.

Sad to see a gem such as Ricci Rivero not play in the PBA.

But that's how the world turns. Things change. People evolve.

Good luck, and tear up the P.League, Ricci Rivero.