Failing in their campaign with University of Santo Tomas back in UAAP Season 82, the two are just over the moon as they can finally call themselves as champions.

See UP coach honors CJ Cansino for 'whatever it takes' mentality

Cansino and Abando left UST in 2020 and are now thriving in their new homes.

The two were part of the UST team led by Soulemane Chabi Yo and coached by Aldin Ayo which made an amazing run to the 2019 UAAP Finals where it fell to Ateneo.

His shot, coupled with JD Cagulangan's winner in extra period, ended a 36-year title drought for the Fighting Maroons as the UAAP crown finally returned to Diliman. 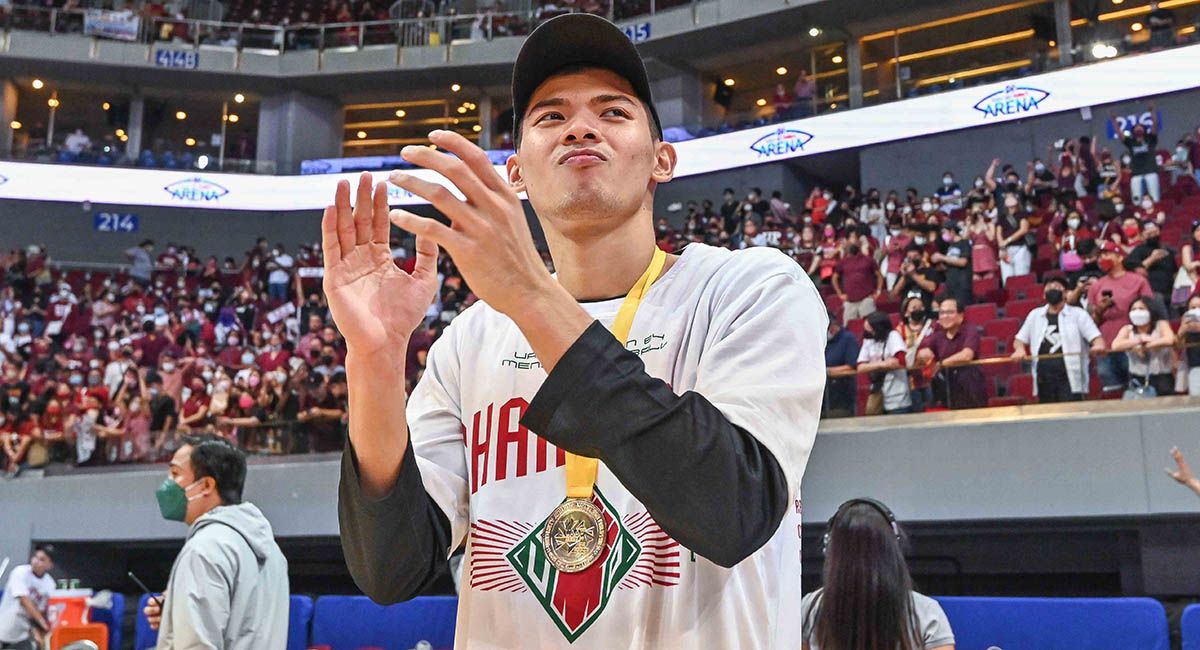 CJ Cansino helps lift the Maroons to their first title in 36 years.

Abando, together with fellow UST transferee Brent Paraiso, helped Letran to a perfect 12-0 campaign and repeat as NCAA champions.

Now the two are hungry for more, with Letran and UP already hailed as the favorites for the next collegiate seasons.