NEW faces are all around in the final rankings of the most promising high school prospects in the Philippines with 15 players bringing a breath of fresh air to the Chooks-to-Go National Basketball Training Center All-Star Game.

Leading the way in the Final NBTC 24 is San Beda’s all-around forward Rhayyan Amsali whose consistency keyed the Red Cubs’ climb to the mountaintop for the first time in four years.

The 6-foot-3 lefty was the consensus top player in the NCAA NBTC 24 in his one-and-done season and now reclaims his place as an All-Star after his transfer to and residency in San Beda.

The twin towers of National U, Carl Tamayo and Kevin Quiambao, then went back-to-back at nos. 2 and 3 after strong seasons that saw the former retain Finals MVP and the latter rank first in the UAAP NBTC 24. 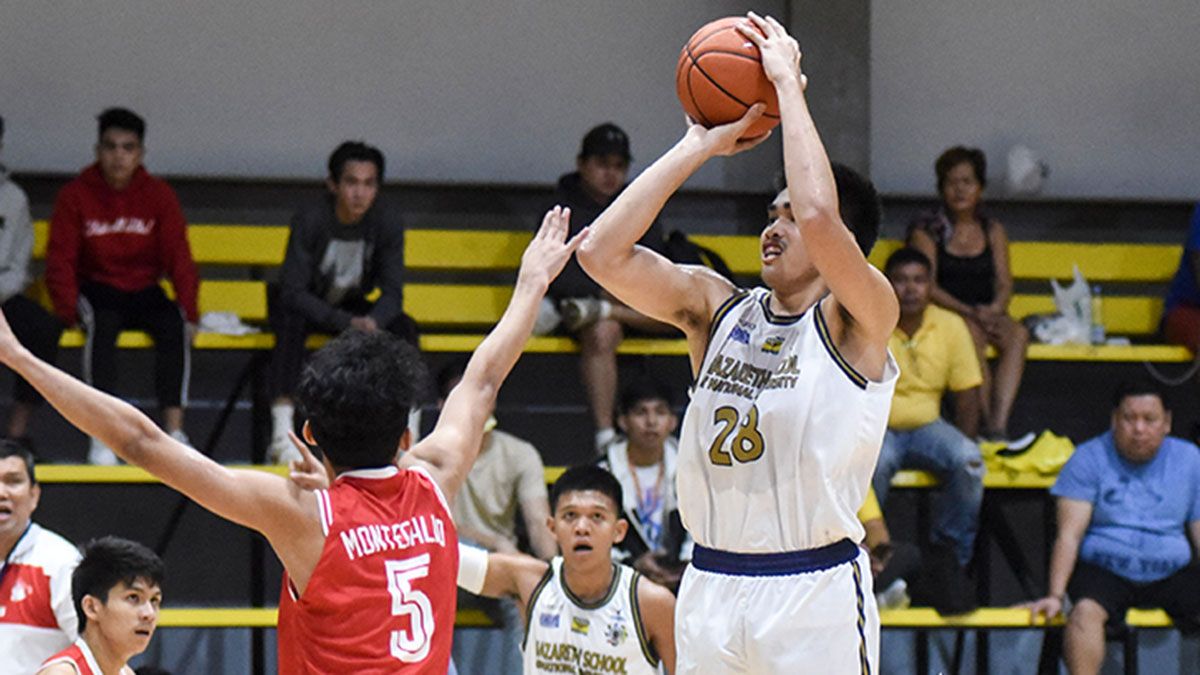 Kevin Quiambao rounds out the Top 3 in the list of best high school players in the country.

Just like last year, the top 24 players from the NCAA and the UAAP were first named before the best of the best from both lists, alongside those from Cebu and other leagues, were ranked in the Final NBTC 24.

UAAP MVP Jake Figueroa of Adamson and NCAA MVP John Barba of Lyceum, meanwhile, will be debuting in the showcase of the top young talent in the country after landing at the fifth and seventh spots, respectively.

Completing the ultimate list are All-Star returnees Mac Guadana of the Jr. Pirates at no. 4, Bismarck Lina of UST at no. 6, Terrence Fortea and Gerry Abadiano of the Bullpups at nos. 9 and 16, Jonnel Policarpio of Mapua at no. 11, Forthsky Padrigao of the Blue Eaglets at no. 15, and Tony Ynot of the Red Cubs at no. 18.

Due to COVID-19, the Chooks-to-Go NBTC League National Finals as well as the annual All-Star Game were postponed and tentatively rescheduled.

Originally slated to take place from March 21 to 27 at SM Mall of Asia Arena, the week-long showcase of the top young talent in the country also backed by SMART, Vivo, Darlington, Phoenix Fuels, Epson, Gatorade, Go for Gold, and Molten has been penciled in for April 20 to 26 still at the same venue.