Defying odds in a wheelchair, Rey Dangcal inspires CDO team on the way to NBTC

REY Dangcal is no stranger to defying the odds.

From a gangly upstart from El Salvador City, Misamis Oriental, he made waves playing the sport he loves, enough to gain a scholarship in Letran and become a member of the Knights in the mid-2000s.

But a motorcycle accident during the holiday season of 2008 threw an unexpected wrench on his plans, abruptly halting his playing career and leaving him bound on a wheelchair with a broken back.

It's easy for Dangcal, now as a paraplegic, to call it quits, dwelling on the life that has passed him by.

Yet here he is, leading Southern Philippines College-Cagayan de Oro to the 2019 Chooks-to-Go NBTC League National Finals for the first time, proudly representing the South.

That's why whenever things don't go well for the Baby Sharks, Dangcal always reminds them of one thing: If I can do it, why can't you? 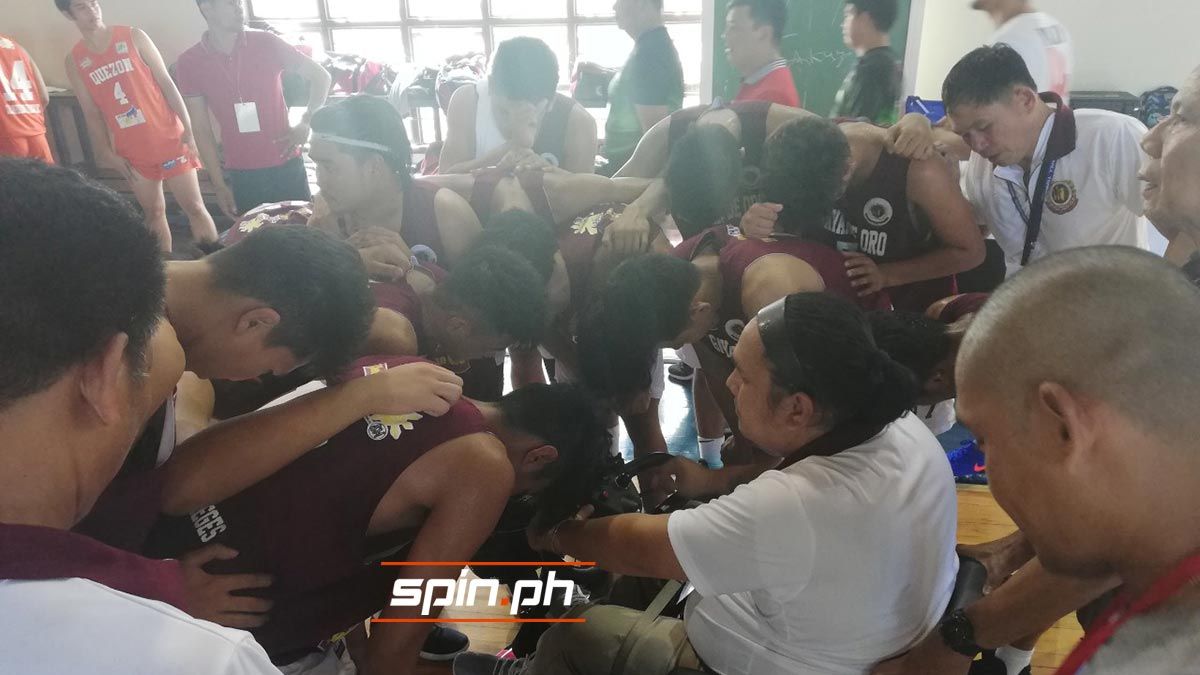 Playing inspired basketball, SPC went on to bag the Cagayan de Oro regional championship over former NBTC Division 2 champion Assumption Montessori-CDO back in February to earn a ticket to the Nationals.

And it didn't stop there.

The Baby Sharks showed what they're made of in Manila, coming in as the 20-seed as a regional champion and toppling AusPinoy Australia, 69-67, behind Vance Caterbas' game-winner in the Super 32 round back on Tuesday.

Though SPC fell to San Beda, 99-56 in the Supreme 16, Dangcal was happy knowing that his boys have proven to themselves that they really are one of the elite high school teams in the country.

"It's very important for us kasi ito yung parang meter namin if we really belong here in this league. We credit the boys for giving their everything -- their heart, their balls, and their minds," he said.

Dangcal could only feel pride seeing how far this team has come since taking the role five years prior, and he considers this NBTC breakthrough as one of his biggest accomplishments for the program.

Despite the Baby Sharks failing to win the Division 1 championship, Dangcal can hold his head high knowing that his boys gave their 100 percent all-tournament long.