ALCANTARA—Reed Juntilla and Dawn Ochea hit the big shots as ARQ Builders Lapu-Lapu eliminated Tubigon Bohol with a wire-to-wire 73-69 win in the stepladder playoffs of the Chooks-to-Go Pilipinas VisMin Super Cup, Saturday at the Civic Center here in Cebu.

ARQ was up by as many as 17 points, 53-36, with three minutes left in the third canto but Tubigon Bohol kept chipping away and was able to pull to within four, 61-65, after a short hook shot by Pari Llagas, 2:20 remaining in the match.

However, Ochea grabbed a miss by Juntilla, drew a foul, and made two free throws to give ARQ some breathing room. Juntilla then made baskets on consecutive possessions to put ARQ up by 10, 71-61, with 1:01 left on the clock.

Bohol did not go away easily as Jerry Musngi answered with a couple of buckets to trim the deficit down to six, 65-71. However, Ochea sealed the victory for ARQ as he scored on an undergoal stab off a nice bounce pass from Hafer Mondragon. 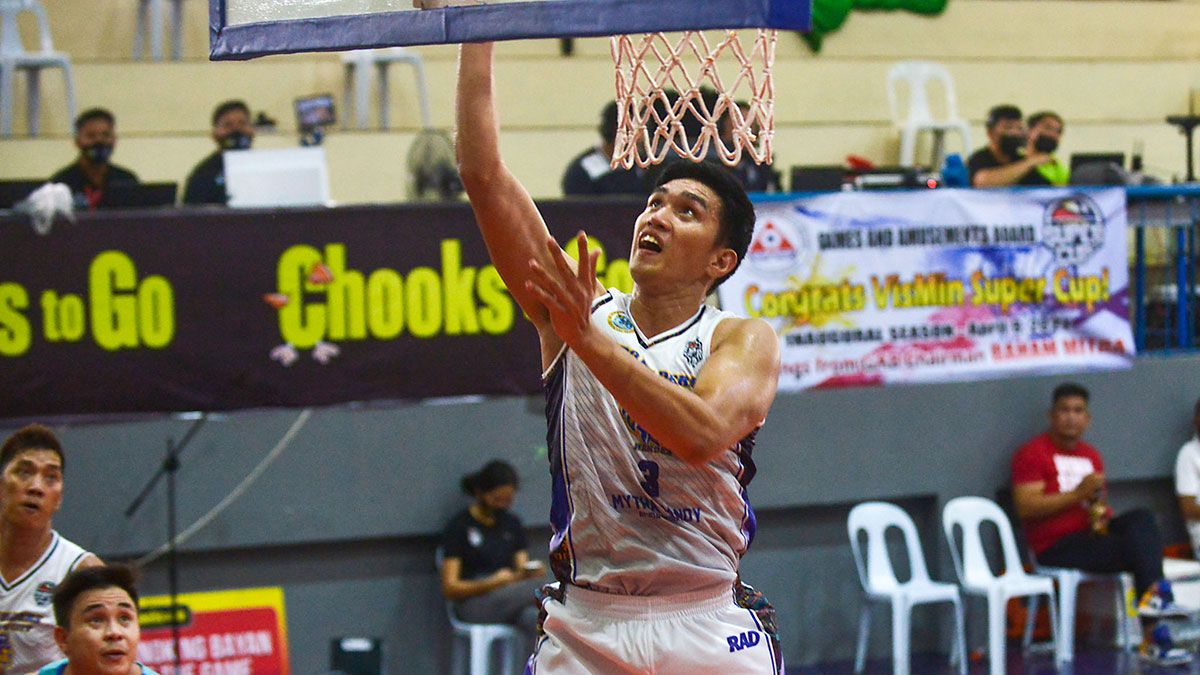 Dawn Ochea comes up clutch for the Heroes.

ARQ advances to the next stage of the stepladder phase and will take on the winner of the knockout game between Dumaguete and Tabogon on Sunday. The winner of that match will move on to the semifinals against the KCS Computer Specialist-Mandaue on Tuesday where the latter owns a twice-to-beat advantage.

"All of us will stay behind to watch and scout the second game. We only have less than 24 hours to prepare for the next game," said ARQ assistant coach Jerry Abuyabor.

Ochea, a former Adamson Falcon, led ARQ with 21 points, 10 rebounds, three assists, a steal, and a block while Juntilla chipped in 16 markers, 10 boards, two assists, and a steal.

Abuyabor praised Ochea for his heads-up plays down the stretch.

“Dawn played big,” said Abuyabor. “He stepped up again when we needed him most.”

Much as he has all season, Pari Llagas played huge for the Mariners, piling up 22 points, 12 rebounds, an assist, a steal, and three blocks. However, Joseph Marquez—the league’s leading scorer at 16.9 points per game—went quiet, having just 12 points on 4-of-11 shooting from the field while committing six turnovers.