Recalling the success of Ever Bilena franchise in amateur leagues

WHILE Blackwater hasn’t enjoyed much success in the PBA yet, the team owned by the Ever Bilena franchise did fairly well in its amateur days.

The company’s first foray in basketball came in 1997 when Blu Detergent joined the Philippine Basketball League’s pocket tournament, the VisMin Cup. It was here when Asi Taulava made his debut in the country. Blu went on to join the actual PBL tournament in the second Centennial Cup with Taulava as player.

After several respectable seasons, the franchise finally got its first-ever finals appearance during the 2002 Chairman’s Cup. Blu Sun Power had a solid cast led by Aris Dimaunahan, now the assistant coach of Blackwater in the PBA. Blu needed to win a playoff game over ICTSI-La Salle to barge into the finals with Arnold Calo scoring 20 points in the 84-77 win.

But Blu Sun Power ran into a wall that was the Ateneo-Hapee-Negros Navigation, whose core eventually captured the UAAP crown the same year. Blu’s only win in the best-of-five series came in Game Three with Dimaunahan scoring a desperate game-winner to give his team a slim 46-45 win. The Blue Eagles, however, were not denied as they beat Blu Sun Power, 60-56, in the following game. 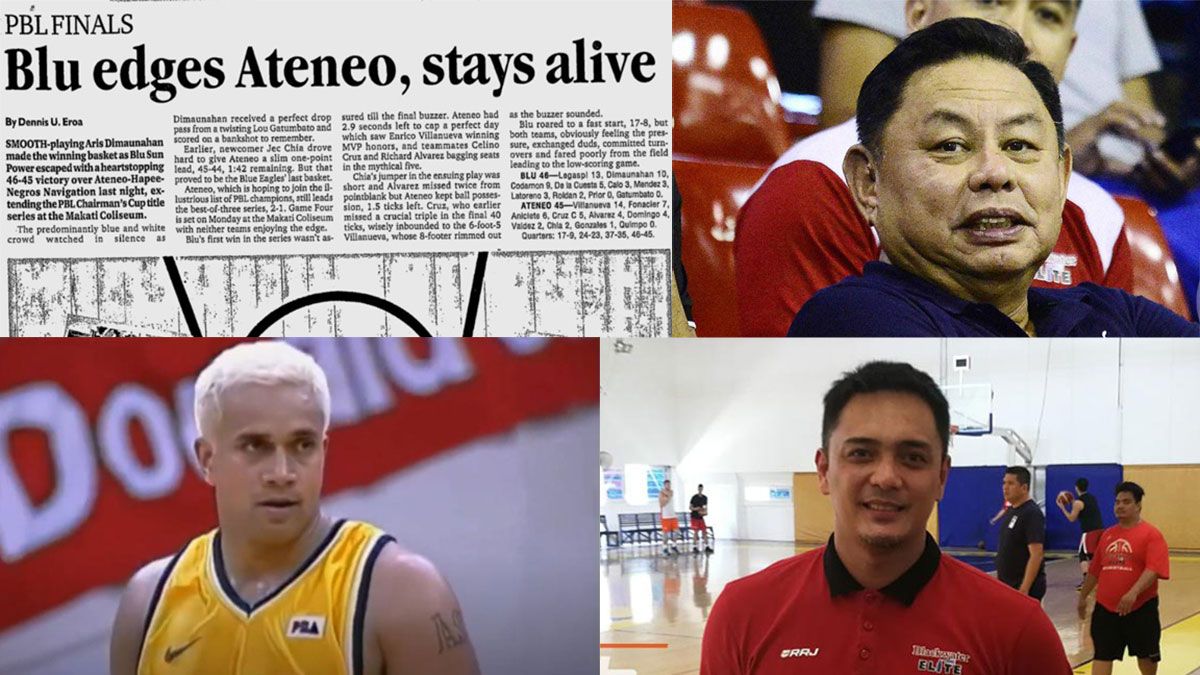 Blu’s last season in the PBL was in 2004, but Ever Bilena returned to the amateur basketball scene in 2011 as one of the founding teams of the PBA D-League as Blackwater Sports where it finally captured a major crown.

Facing a dominant NLEX team that prior to the finals of the 2012-2013 Foundation Cup have won four straight titles since the league’s inception, Blackwater Sports stunned the Road Warriors in Game One with a 70-67 victory. Justin Chua and Allan Mangahas led the attack for Blackwater Sports but it was Kevin Ferrer and Pari Llagas who came up with huge plays down the stretch in the tight victory.

Blackwater Sports completed the sweep in the following game with the Elite coming back from an 18-point deficit to beat NLEX, 80-74. The heroes in Game One also delivered in the title-clincher with Chua, Mangahas, Ferrer, Llagas, and Robby Celiz combining for 62 points in the sweep. 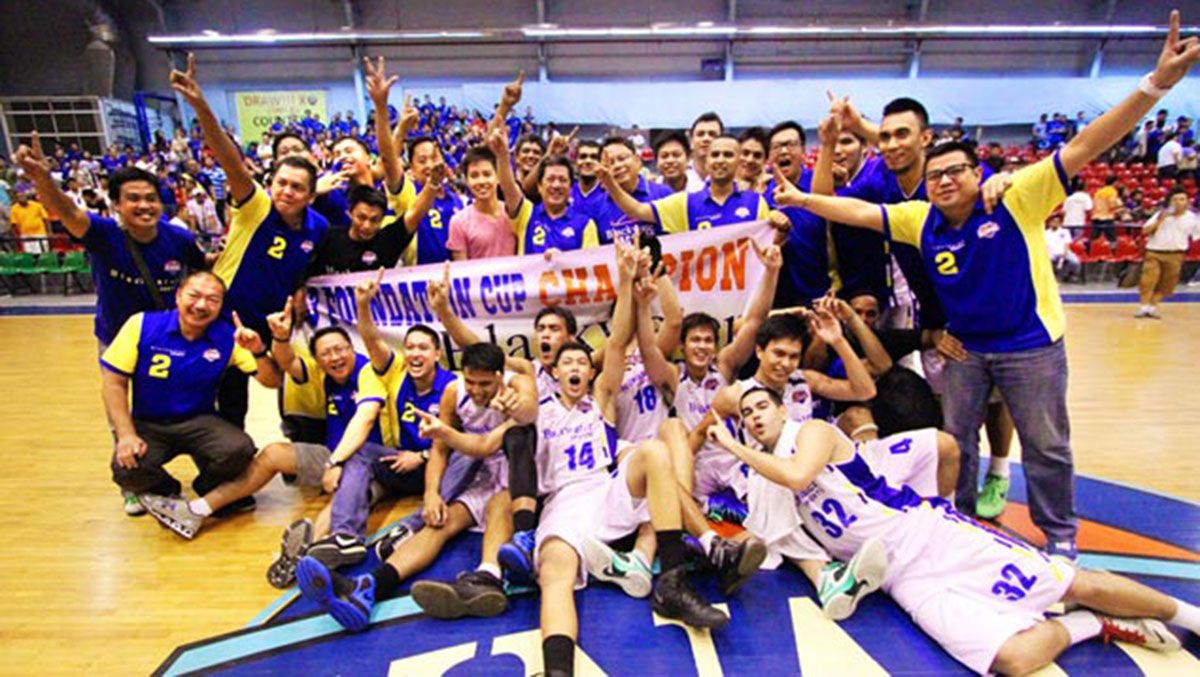 The team was coached by Leo Isaac, who was also the mentor when Blu Sun Power finished runner-up in the PBL 11 years before their PBA D-League crown.

Blackwater finally made it to the PBA in 2014 as one of the three expansion teams that included Kia and NLEX. Success in the amateurs hasn’t translated yet on the pros, with the Elite’s best finish in the eliminations coming in last year’s Commissioner’s Cup when it finished third.

But with its owner Dioceldo Sy’s statements that he is planning to sell its PBA franchise, will we see the end of Ever Bilena’s involvement in basketball?