Kiefer all business, puts affinity with Thirdy aside in Japan matchup

BROTHERS forever, but opponents in the court.

This is how Kiefer Ravena approached his first duel against younger brother Thirdy Ravena, which ended with his Shiga Lakestars taking the 93-83 win over the San-En NeoPhoenix on Saturday to start their campaign in the 2021-22 B.League season.

"This really feels like a great match. It was really great for us and I think it was a really big moment for our family and everyone in the Philippines. We started playing basketball together in our backyard, but tonight, he was my opponent."

It truly was a seminal moment in Ravena's eyes as eight Filipinos are set to take the Japanese professional basketball league by storm this year.

"Today's game was really big for me. Besides myself, many other Filipino players, including Thirdy, are playing and now have an active part in this league. Each one of us is playing with pride and are carrying the flag of the Philippines. At the same time that we'd like to represent the Philippines, we'd also like to deliver results for our own squads." 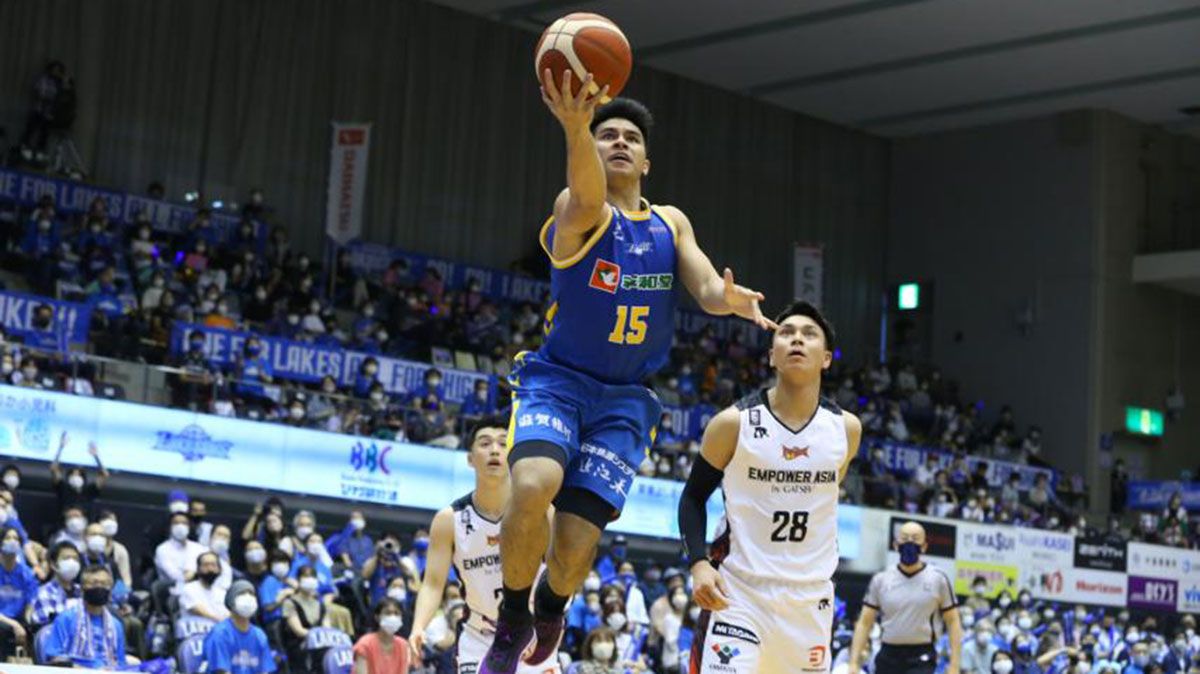 Kiefer orchestrated Shiga's huge second half rally to crawl back from 22 points down before blanking San-En late to take the 10-point victory.

He finished with 11 points, eight assists, and three rebounds in a magnificent start to his career in Japan.

But it's just how Kiefer is. For people who followed his career in Ateneo to the PBA and now in the B.League, this is a guy who refuses to lose.

"I think it was a match that strongly expressed my desire to win. Especially with the team this young, I just told myself that I had to play well and pull this team behind me. I guess today's game was the result of us being aware that we have to push each other while also doing so for myself, whether it was offense or defense," he said.

After this win, though, Kiefer is intent to take another victory at the expense of his brother Thirdy with the Lakestars and the NeoPhoenix facing off anew on Sunday.

"I'm really happy to win today's game. However, I think that we have to focus again on tomorrow's game because if we lose tomorrow, this victory won't mean anything."