IF the opening weekend was any indication, games featuring Filipino talents in the 2021-22 B.League season is going to be a must-watch for basketball fans.

The players as well are pumped.

"I'm definitely very excited, as well," said Thirdy Ravena who led the charge for the eight Pinoys seeing action in the Land of the Rising Sun this season. "I've been teammates with most of them and very excited and looking forward to it."

Thirdy is coming off an opening weekend duel with his older brother Kiefer as their respective squads San-En NeoPhoenix and Shiga Lakestars split their first two games of the season.

He will get another chance to meet another Pinoy in Kobe Paras as San-En hosts the Niigata Albirex BB this weekend for the NeoPhoenix's home debut at Hamamatsu Arena.

"Kobe has been playing tremendously. He’s been my best friend since we were kids, so I'm definitely excited," said Ravena, obviously pumped for the upcoming battle.

The Ravenas acknowledge that their B.League foray won't be just about them as they get a chance to face some of the best ballers Japan has to offer.

"I think besides all the Filipinos, all those guys I played against in the national team," said Kiefer, who namechecked the likes of Makoto Hiejima of Utsunomiya Brex, Daiki Tanaka of Alvark Tokyo, and Yuki Togashi of Chiba Jets. 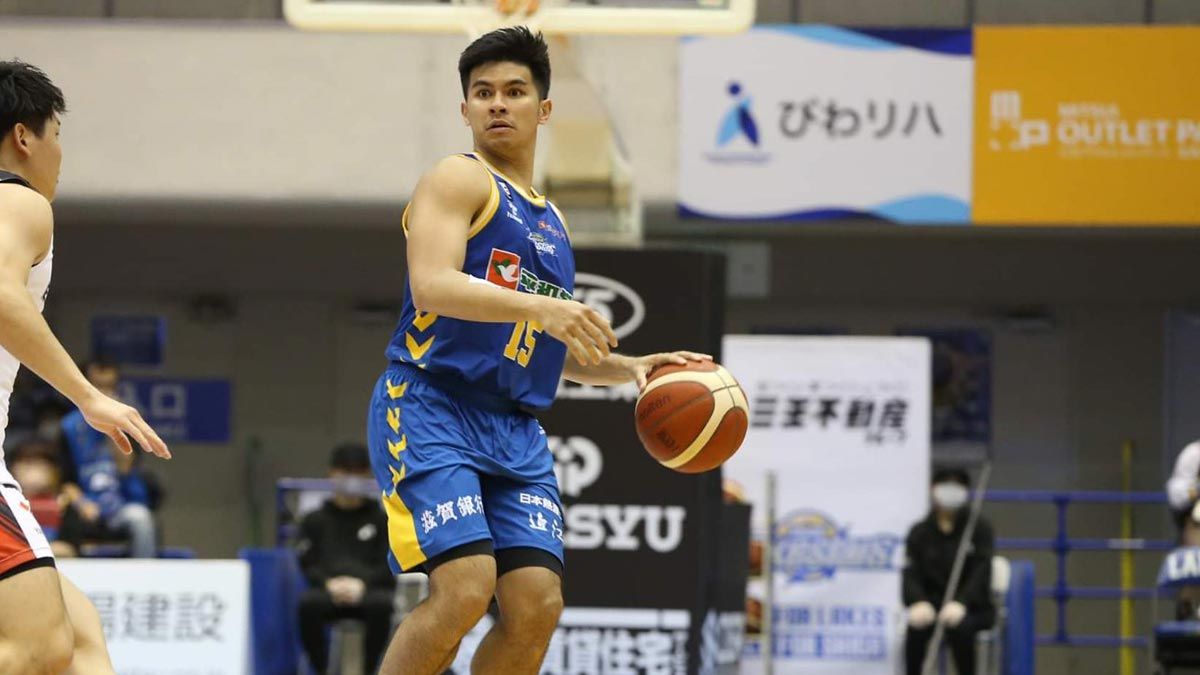 Thirdy agreed, saying, "Those are the big names in basketball here in Japan and I just want to see it. There are a lot of great players out here in Japan that I'm looking forward to play with and I can't wait for the season to just keep the ball rolling."

Kiefer has a couple more names he has in mind, both of whom he had a shared history in the past in his time with the Philippine national youth team and facing off against them in international tournaments.

"One of [Thirdy's] teammates Ryo Tawatari was one of my rivals when we were playing in the U-16 and U-18 for Japan and I was playing for the Philippines. The same for Seiya Ando, who is now in Shimane [Susanoo Magic], and [Toyama Grouses'] Kevin Hareyama who played here last year in Shiga. Those guys, I still have connections with," he said.

"So it's nice to take a look down memory lane in all the games that we played before and I'm looking forward to playing against them."

Regardless of where they play in Japan, the Ravenas are just delighted to know that Filipino fans are there to provide support.

"It always feels like we’re having home court advantage because of all the Filipinos who are here. I think that’s the beauty of the Filipinos all over the world. Every time the national team plays anywhere, or just a Filipino out there playing not only for men’s basketball but also for women’s basketball, we're very fortunate that it’s expanding and the support of the Filipinos are always there," said Kiefer.

"Of course, we want to increase and widen the popularity of the already-popular B. League and we’re just lucky to help the league expand for basketball. We both love basketball so we just want to grow in the sport, and we’re just helping everybody out here to make dreams come true."

Thirdy agreed, reiterating that he is glad to represent the country in an overseas league.

"It’s definitely a great feeling to be representing our country, playing the game we love, and seeing our countrymen there live, waving the flag and supporting us," he said.

"We’re very happy that we’re in this position. We get to represent not just our team, but the country as well, and not just us, but all the athletes who are playing internationally, regardless of the sport. We also know that there are volleyball players here and soccer players here in Japan, so I’m just very happy to be able to do that through B. League’s great program with what they’re doing right now not just for Japan, but really expanding the league throughout Asia."