RETIRED big man Raul Dillo believes the decision of protégé Kai Sotto to train in the U.S. and eventually take his act to Europe is a step in the right direction.

With his imposing height and boundless talent, Dillo expects the 7-foot-2 Ateneo juniors standout to reach his full potential and hopefully, achieve his dream of becoming the first homegrown Filipino player to play in the NBA.

The two had a chance meeting during the recent Chooks To Go NBTC National Finals where Dillo, listed as 7-3 during his brief playing career, met Sotto for the very first time just before Sotto left for Atlanta to start his U.S. training.

Curious to see how tall this 17-year-old wunder kid was, Dillo travelled all the way to the Mall of Asia Arena from his home in Laguna. 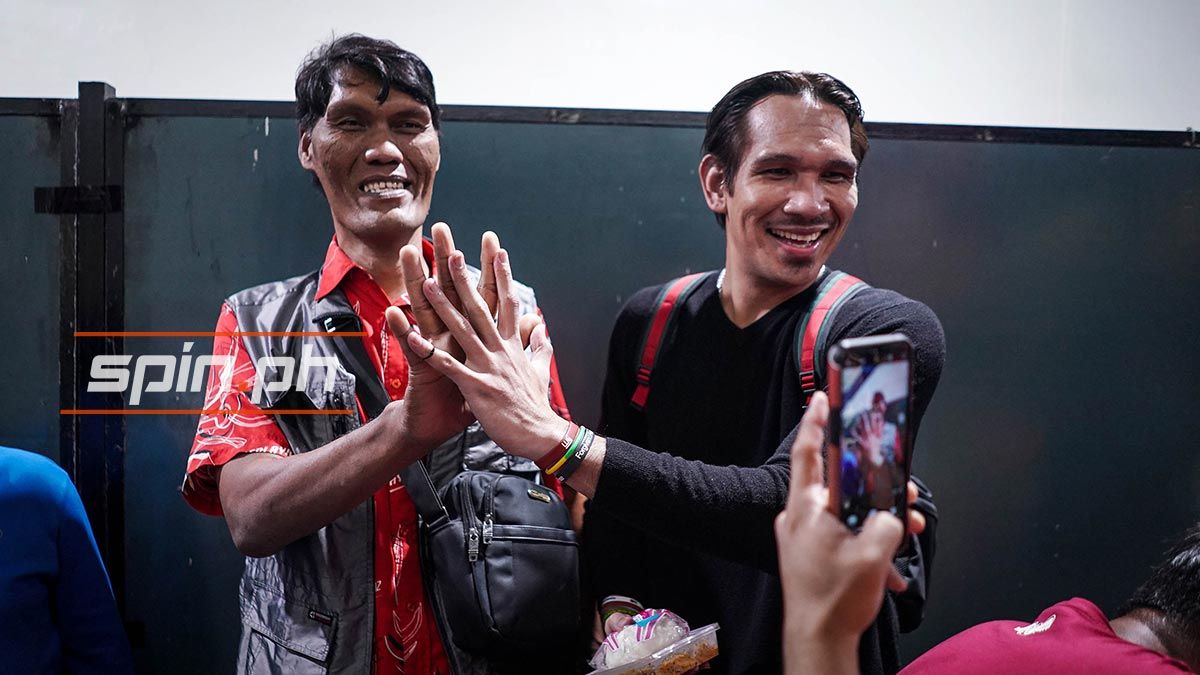 He was amazed when he finally came face-to-face with the young Sotto.

The two didn’t get to have a lengthy talk as Sotto had a game with the Blue Eagles then.

Dillo and Sotto just had a short conversation, which ended with the former Philippine Youth member wishing the son of one-time PBA player Ervin Sotto good luck in his playing career.

It was to his delight learning later that Sotto went on to pursue the next best thing for his young basketball career.

Unfortunately, Dillo was denied of the same opportunity when he was still starting out.

A job at a water filtration company and occasional appearances in movies and television are the path Dillo has chosen instead, with the recent Metro Manila Filmfest entry ‘Aurora’ being the last movie he did.

Now a family man, Dillo has a 10-year-old daughter and a son, although he can’t say yet if both kids would eventually grow as tall as him.

But there are already some obvious signs.