DIANNE Ventura poured in 23 points as the Quezon Lady Spartans secured a place in the semifinal with a 72-59 rout of Taguig Lady Generals on Sunday in the Pia Cayetano WNBL Season 2021 at the Bren Z. Guiao Convention Center.

Ventura led the Lady Spartans’ comeback from 13 points down to pick up their second win in eight outings. Quezon is tied with Pacific Water for fourth but the Lady Spartans advanced due to a superior quotient. 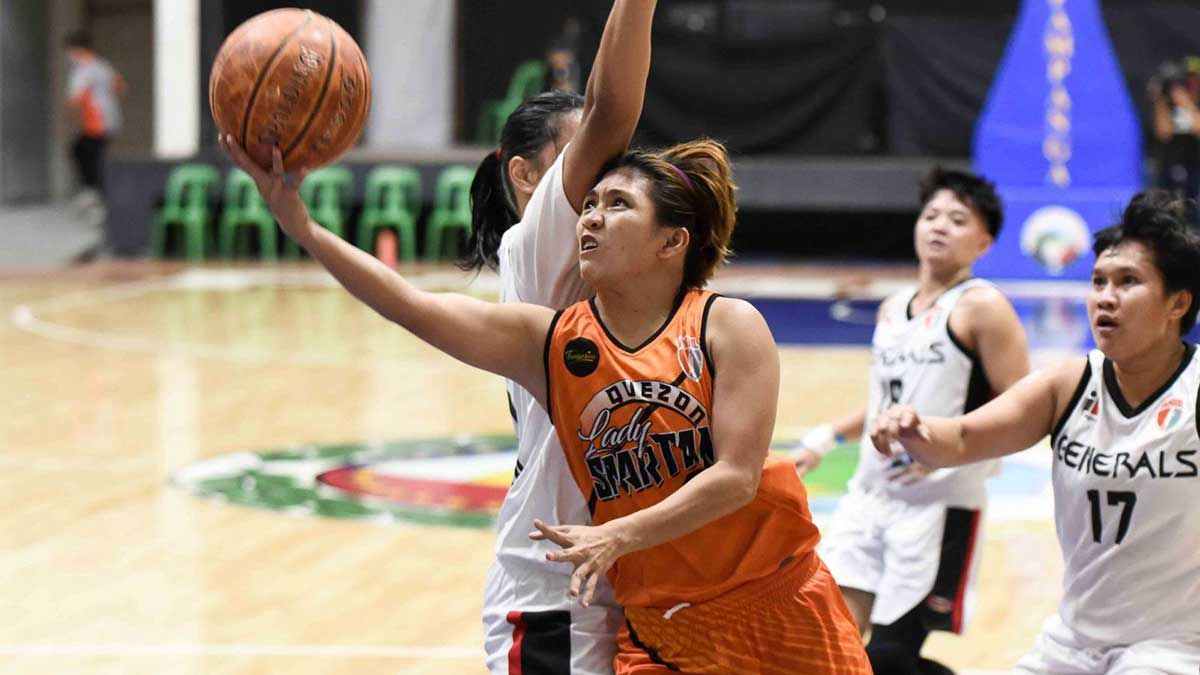 The former University of the East guard scored 15 points in the second half in a big turnaround after the Lady Spartans trailed 25-12 in the second period. Quezon even went on to lead by 18, 68-50, on a Kath Araja lay-up.

Quezon arranged a semifinal duel with top-seed Parañaque in the best-of-three semifinals.

Chicky Faraon had 18 points, nine rebounds, and four steals, while Jo Razalo had a double-double by finishing with 13 points and 12 rebounds.

Tin Capilit had 22 points for the Lady Generals, who finished the eliminations with a 4-4 win-loss record but will still play in the semifinals against Glutagence.