THE man accused of attacking two referees in Olongapo City last month has apologized to the Samahang Basketbol ng Pilipinas (SBP) as well as to the public after his inclusion in the Zambales team in the National Basketball League (NBL).

“Sobra,” said Lomell Loyola, 24, when asked about earning a spot through a tryout in the Zambales that took over the Cainta franchise midway through the second season of the league.

However, mixed reactions greeted the news in Olongapo as it came weeks after he attacked two referees in a Tapinac league. There was also a report of a referee being stabbed in the incident, which the player denied.

Loyola admitted he punched a referee after he was ejected for incessant complaining, but denied reports spreading on social media that he stabbed a referee.

Loyola said he had also apologized to the referees, through their families, the day after the incident.

Days after the attack, the SBP condemned the incident with SBP Region 3 regional director Gil Cortez assisting the two referees and meeting with local authorities so that a case can be pursued against Loyola.

Loyola said he continued to play in basketball games in Olongapo after the incident. 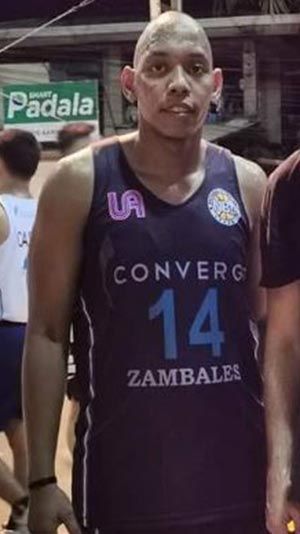 Although he has not been banned in any league, Loyola said the SBP has been notified about his stint in the NBL. He hopes that the incident will not get in the way of his dream to play in the big leagues.