FOR years, the Philippines has always tried to replicate the March Madness craze in the United States with our own national collegiate championship.

Yet in December 2015, those noble plans took a dive for the worst, rained down by an unforeseen calamity, and drowned in despair.

In one of the wildest decisions in Philippine basketball history, Far Eastern University and San Beda were declared as co-champions of the 2015 Philippine Collegiate Champions League, a move which, unsurprisingly, drew a lot of flak.

So much for the tagline, "There can only be one."

There can only be one gameday, that is.

Things seemed normal that rainy Wednesday quarterfinals gameday, but Typhoon Nona battered the Metro in the wee hours and forced the hand of the organizers to postpone the semifinals slated on Thursday and move it a day later, still at Filoil Flying V Arena in San Juan.

They also opted to end the tournament altogether, with the winners of Friday's semifinal games being hailed as kings.

"The PCCL board has decided to shorten the NCC competitions in consideration of safety and convenience of students and players. Therefore, the winners of today’s games will be declared as co-champions of 2015 National Collegiate Championship and shall share the prize awards due them,” the PCCL's statement read.

Gamboa, in a previous interview with SPIN.ph lead correspondent Reuben Terrado, shared that the board exhausted all options, but ultimately decided to pick the now-infamous and unpopular route.

"We’ve looked at all possible options and the only available venue and TV time would be by Monday or Tuesday," he said. 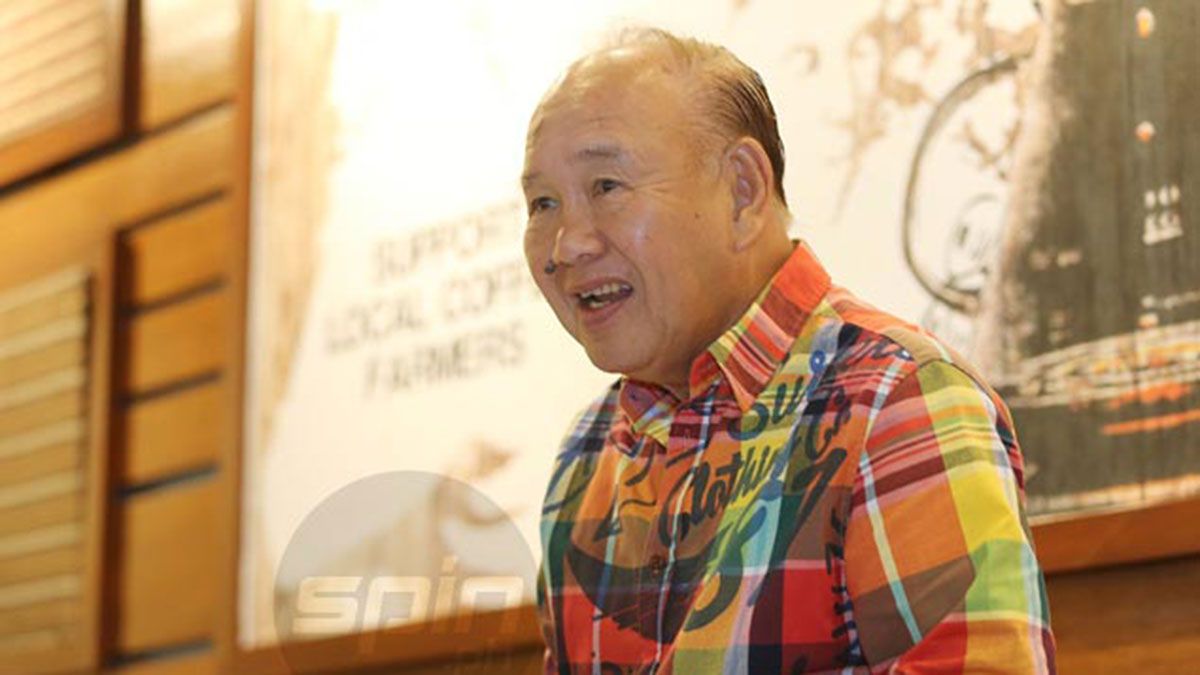 He added that boosting the decision was the players' welfare, with some already "booking their flights for those who are going to the provinces and considering that there would be many flights that will be cancelled and transportation will be overloaded, any other extension will affect their holiday schedules."

"We've considered all these factors and we decided that for this year, let’s have co-champions."

It was a weird set-up, to say the least.

San Beda gained a measure of redemption of sorts against NCAA champion Letran, 94-72, with both teams already without some of the key faces two months removed from their epic championship duel in NCAA Season 91.

Without Baser Amer and Art dela Cruz, new faces in Robert Bolick and Davon Potts took the lead for the Red Lions.

FEU followed suit some two hours later, nudging CESAFI side University of San Carlos, 82-77, behind the heroics of Ken Holmqvist and Jojo Trinidad.

In both of those games, the Manny V. Pangilinan "Abutin ang Tagumpay" trophy was presented to the winning teams.

As much as players were all smiles while the cameras are flashing, there's always that pride part of them that wanted to compete.

"We really felt that we had a good team coming in and we're hungry," said Jamike Jarin, who coached San Beda then. "Of course, FEU was a very good team, but if we played that game, wala na sila Belo so I think kami ang llamado." 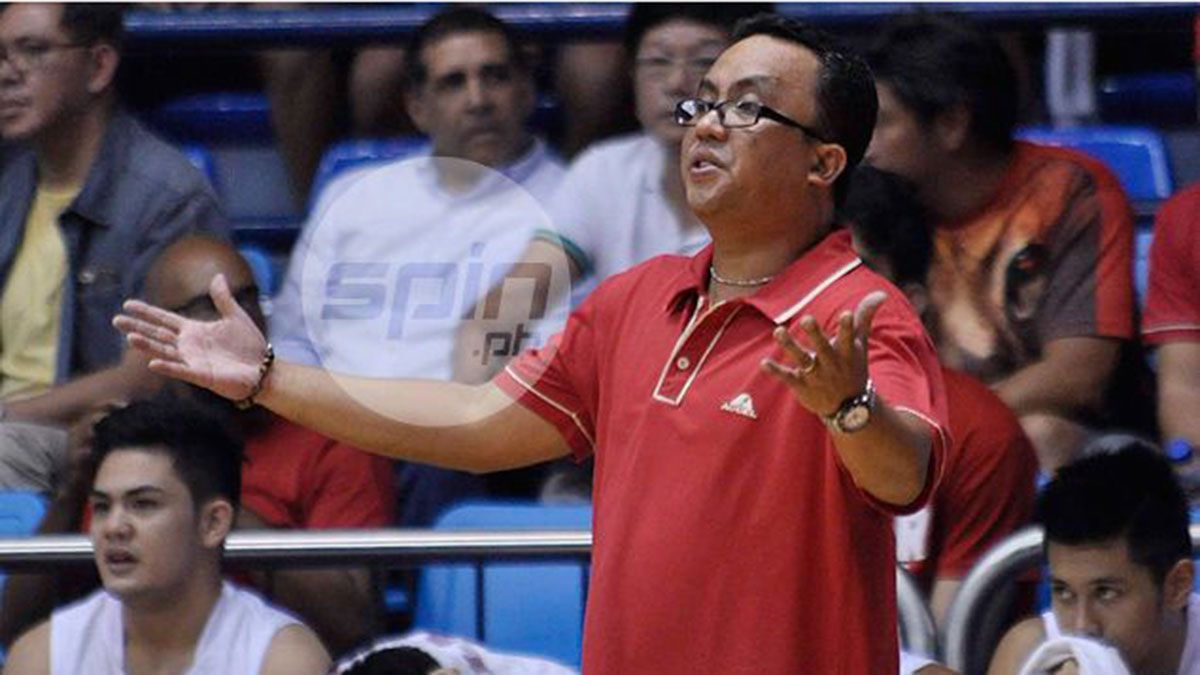 Even Nash Racela, the head tactician for FEU, said that his players felt the same way. "Mixed emotions from the players because they wanted to play one more game for the championship, para makita mo kung sino talaga ang champion," he said.

The decision, however, was already beyond the control of both San Beda and FEU and both coaches agree that at the end of the day, winning the championship is what matters the most.

"Pag di mo na nilaro, co-champions na eh. Nakuha mo na yung goal, and winning the championship was always our goal," said Racela, who at that time was just 10 days removed from steering the Morayta side to the UAAP Season 78 crown.

Jarin chimed in and said: "Wala ka na magagawa with the situation. We're also happy na we're co-champions with FEU cause they deserve it the same."

Adding to the craziness of the situation was the PCCL choosing to name Mythical Teams for both games, totalling to 10 players being feted, with FEU's Holmqvist being declared as the Tournament MVP.

For Racela, it was a matter of his Fil-Norwegian center making the most of his situation.

"It's all about timing and it was an opportunity that Ken took. Nabigyan siya ng pagkakataon maglaro and the more important thing is naging ready siya at nakapagpakita siya ng maganda. We always tell that to our players to prepare yourselves for the moment because you never know when it will come, and dumating yung time niya sa PCCL," he said.

Holmqvist poured 17 points and 11 rebounds in the Tamaraws' win over the Warriors in their "championship game," which led to his coach saying, "I think he would be of help sa Gilas program eventually, a 6-foot-8 guy who can shoot from the outside."

Five months later, he was included in the Philippine team for the 2016 SEABA Cup in Thailand and won the gold medal.

Holmqvist played another year before he and older brother Steve left Morayta in 2017.

Ridiculous as the tourney's turnout was, the question shifted to the safekeeping of the trophy.

Ideas were even floated for FEU and San Beda to play exhibition games outside of the PCCL's confines, with both teams hosting a game, as a battle for pride and as a de-facto title game between the two champions.

Alas, none of those plans gained ground.

"It was very busy also. Players were already going to the PBA, and kami naman, we're coming off a mentally draining season. We're all looking forward to the offseason," said Jarin.

"Kantyawan lang, pero nothing really serious," reflected Racela. "First time nangyari yun eh and it was treated as a joke. Usapan pa nga, 'There can only be two.' Usapan laruin na lang, but it never pushed through." 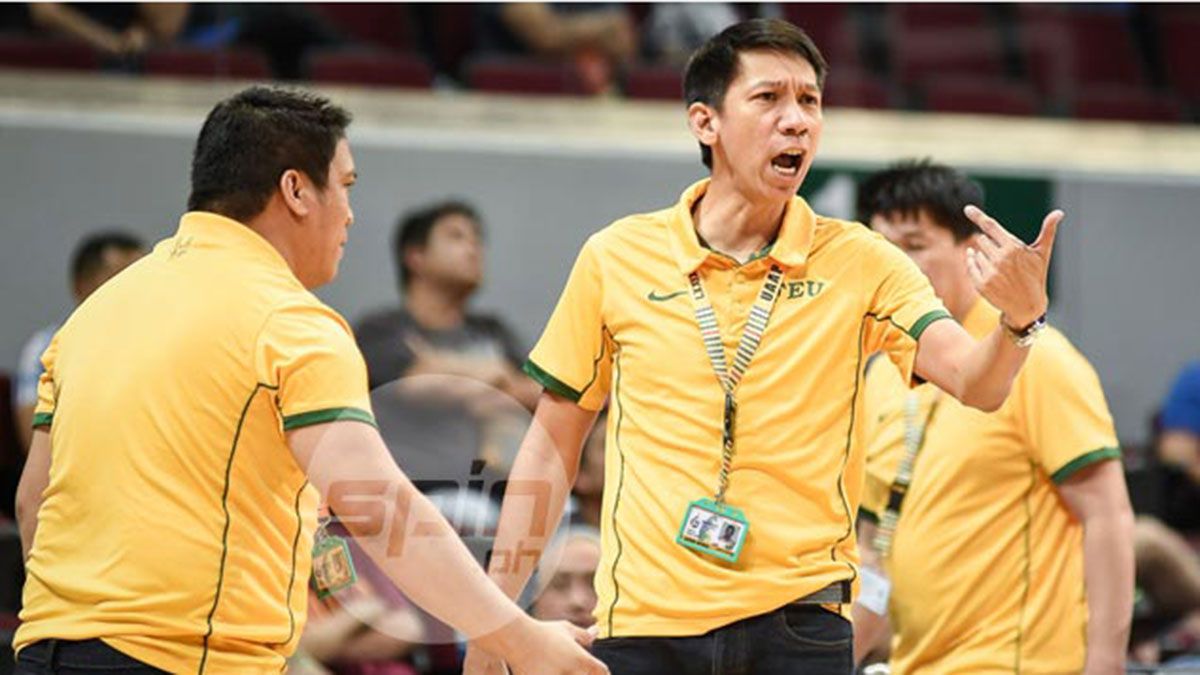 The coaches admit that they no longer had any memory of what happened to the trophy, but Red Lions team manager Jude Roque said that the PCCL did provide both schools a replica of the trophy, as the custom was after every collegiate season.

Until now, the plates at the base of the trophy show San Beda and FEU as co-champions for the 2015 season.

Gamboa also pledged to evaluate the format of the yearly staging of the PCCL, not just from the declaration of co-champions, but also having a tournament which highly favors the Manila-based teams and puts the provincial teams at a disadvantage.

“Definitely, we will be meeting with the leagues and agree on a schedule and format that will still have the objective of having one national champion. The changes that have been made in the collegiate basketball calendar have affected our schedule also. We are going to resolve this next year," he said in another interview back then.

It has never recovered since, slowly losing its luster with the 2019 staging (held from February to March 2020) only being broadcasted via livestream. Ateneo won that sans veterans Thirdy Ravena, Isaac Go, and twins Matt and Mike Nieto.

It's an unfortunate turn of events for the once-prestigious tournament, an idea which both coaches felt was doomed by factors beyond its control.

"Sayang din eh. Because of the scheduling, it really makes it harder for the tournament to be staged and have the best teams to play," said Jarin.