A NEW team, blue-chip players and imports, and the appointment of a new commissioner are expected to spice up the upcoming PCBL Chairman’s Cup that kicks off on Sunday at the Malolos Sports and Convention Center.

League chairman Buddy Encarnado said the fledging commercial league is determined more than ever to achieve its goal of helping players prepare for the PBA and at the same time, provide jobs to other cagers who are already through with their college careers.

“We hope to ensure that we provide a sanctuary to all players that have gone past their school years but are preparing themselves for big-time basketball. The current situation is that there is so many ex-professionals at such a young age. We want to make sure that we give them a place where they can still hone their skills and give them livelihood,” said Encarnado during the formal launch of the league on Thursday at Gerry’s Grill.

Action in the second conference of the league is expected to hit fever pitch with Founders Cup champion Jumbo Plastic Linoleum taking on new team Mighty at 5 p.m. and Sta. Lucia Realty battling Euro-Med in the main game at 7 p.m.

Mighty Sports is bringing in one of the biggest names in amateur basketball in former Ateneo star Kiefer Ravena, a two-time UAAP MVP.

“I’m very glad that we were able to bring in Mighty, a strong commercial company that can sustain a basketball team and with their commitment, I’m pretty sure that it will excite and provide more motivation to join us,” said Encarnado.

“Suffice to say, the administration of PCBL is really trying to bring in exciting teams or big teams in commercial basketball,” he added.

The PCBL has also opened its doors to foreign players who have seen action in the collegiate leagues.

Among the foreigners who are set to see action as 'local imports' are Perpetual Help’s Bright Akhuetie, Mapua’s Allwell Oraeme of Jumbo Plastic, and Sta. Lucia’s Landry Sanjo, formerly of Southwestern University.

“We are tapping the services of African players in the country to ensure there will be active competition. We thought of reinforcing the teams with local imports,” said Encarnado, a former PBA chairman.

Former coach Joel Banal is also a new face in the league in his capacity as commissioner, replacing Ato Badolato.

“It is a sanctuary for the young, the not-so-young, and the ‘homeless,’” said Banal, who won championships as a coach in all levels from the PBA, NCAA, UAAP, and the defunct PBL.

“We will welcome players, coaches, managers, and even referees to come and go with us. We will do everything we can to be as competitive as possible and to be as exciting as possible.”

Rounding up the league roster are Foton and Supremo Lex. 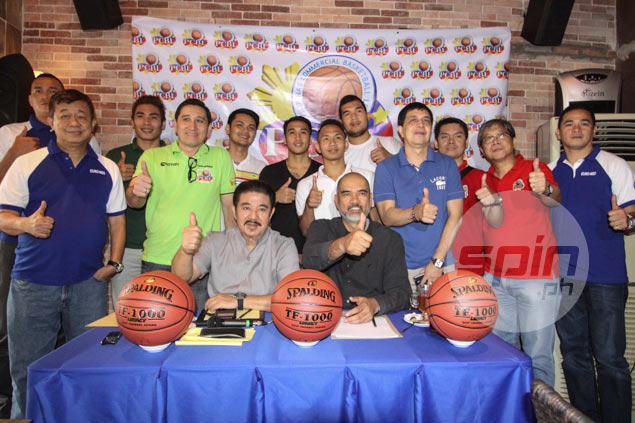