BEFORE he suited up for the Purefoods franchise, PJ Simon also rose to prominence during his days in the Philippine Basketball League (PBL).

Simon played for the Lamoiyan Corporation franchise from 2002 to 2004 after the Metropolitan Basketball Association (MBA) folded. After signing with Lamoiyan that carried the brands Hapee, Dazz, and Fash when they joined the PBL, Simon already played for the Davao Eagles in the MBA after being left unsigned when he was drafted in the fifth round, 43rd overall in the 2001 PBA draft.

But it was in the PBL where he became a household name, an opportunity that came when Hapee’s Cebu team signed the Makilala, North Cotabato native to play in the now defunct Cebu Basketball League.

Yang said Simon was spotted in those same invitational and dual meet competitions. Back then, Simon was still looking to reach the PBA after his MBA stint.

Yang said the team saw the potential of Simon to level up his game through the PBL,

Simon made the most out of the opportunity in the PBL where he became one of the key players of the Lamoiyan franchise. He was also surrounded with quality amateur players and coached by Junel Baculi. The team-up allowed Dazz Dishwashing to finish runner-up to Welcoat in the 2003 Challenge Cup.

The franchise now carrying the Hapee Toothpaste brand finally won a championship in the 2003 Unity Cup, beating Viva Mineral Water in the championship series. Simon captured the finals MVP along with Rich Alvarez for that series.

Simon then ended his PBL career with a bang as he led Fash Liquid to the 2004 Platinum Cup, winning the MVP after a finals series victory over Welcoat Paints. On his way to winning the PBL MVP, Simon beat Welcoat’s James Yap and Fash teammate Rich Alvarez, the top two picks in the PBA draft that year, for the individual plum. 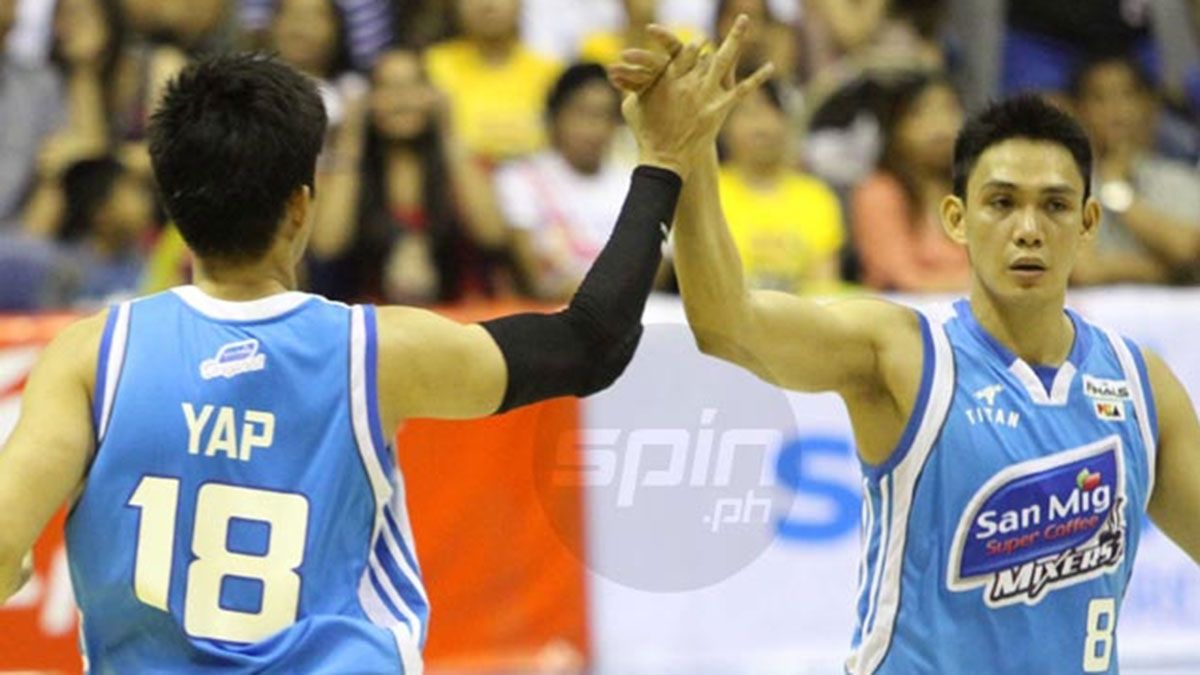 Simon finally got the PBA break when he was signed by Purefoods in 2004 where he signed a one-year, nine-month contract with the team, according to a report by the Inquirer.

Simon later became one of the top players of the franchise alongside Yap and Marc Pingris. Now 40, Simon is set to end his PBA career with the same franchise but not after winning eight PBA crowns.

Yang said Simon is a perfect example of taking advantage of the opportunities given to him.