FOR the third time in seven days, a fight erupted in a PBA-sanctioned tuneup match.

Purefoods Star big man Yousef Taha punched Rain or Shine import Rick Jackson during a rebound battle, triggering a commotion between the two teams in a practice game at the Ronac Gym in San Juan on Friday.

A video footage caught by a member of the Rain or Shine coaching staff showed the 6-foot-8 Taha punching the wide-bodied Jackson four times while both were going for a rebound.

Jackson tried to retaliate, although Taha managed to elude the Rain or Shine import's punch. The Hotshots bench immediately rushed to the scene to break up the two players.

Game officials eventually stopped the game with Rain or Shine ahead, 58-55 with still 9:15 to go in the third quarter.

Last week, guards Terrence Romeo of GlobalPort and Ginebra’s Eman Monfort traded punches in a tuneup match, prompting the Office of the Commissioner to mete out fines of P30,000 on both players.

Rain or Shine coach Yeng Guiao, who also rushed quickly to stop Jackson from going after Taha, said the fights show that PBA officiating in tune-up matches is a 'problem' that needs to be addressed.

“It’s (fights in the tune-up games) been happening too often, na palagay ko, may problema na ang liga at officiaitng in itself,” Guiao said, shaking his head in dismay.

The outspoken Rain or Shine coach admitted that he has no problem if the league officials decide to allow physicality, so long as officiating is consistent.

“It’s also a decision the league has to make. Do we wanna make this league physical? Eh maski NBA naman di ganito ka physical. Saka wala namang problema sa akin if we want it that way, but it’s the (lack of) consistency of officiating,” he added. 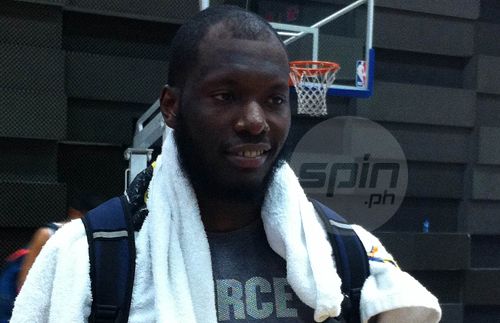 Guiao claimed the inability of the referees to take control of the games led to the fight.

Cone agreed with Guiao, saying three tune-up fights in a week sends a strong message that something’s wrong with the league’s officiating.

“I don’t think I want another fight. We’re three tune-ups and three fights, not us (involved in the other two games) but the league. I think that itself is a strong message that things are not going well in the league’s practice games,” said Cone.